Beijing is reshaping international coverage with deals and investments in countries so diverse as Italy, Czech Republic and the Philippines 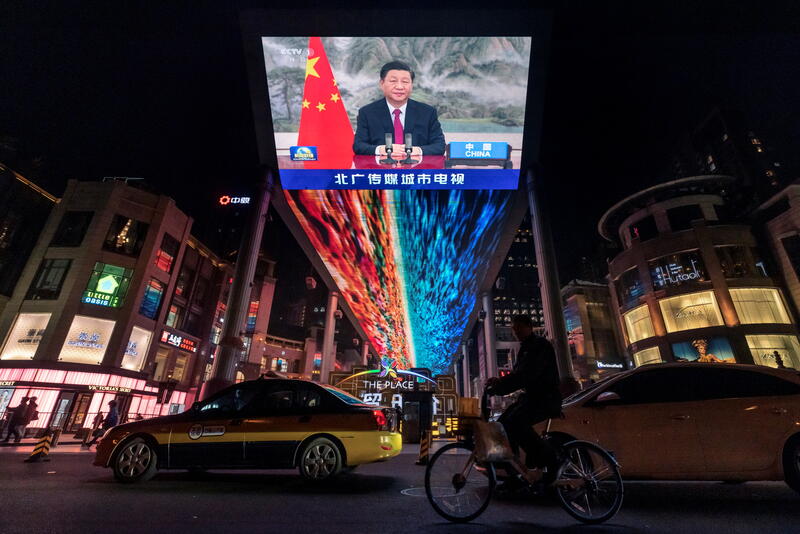 As China counters the dominance of the West, the news media are becoming a sharper weapon in the war to capture global narratives and the arena within which the war is fought. “It is an ideological and political struggle, with China determined to combat what it sees as decades of unchallenged western media imperialism,” wrote journalists Louisa Lim and Julia Bergin in 2018.

Although only a decade old, China’s strategy to expand its presence in global news media has achieved a certain degree of success. A global survey conducted at the end of 2020 among the affiliate unions of the International Federation of Journalists (IFJ) indicates that China has managed to use the pandemic to boost its image in global media coverage. “We knew this was happening. But we were surprised by the number of countries impacted and the economic investment China was making in those countries,” said Jeremy Dear, Deputy General Secretary of IFJ. A total of 54 journalist unions from 50 different countries and territories participated in the survey.

The Chinese are new to a game the West has played for so long, argued Daya K. Thussu, Professor of International Communication at Hong Kong’s Baptist University. “Earlier the Chinese had no reason to spend resources to influence the international narrative. Today they have high stakes in the game,” he said.

For decades, China has mostly focused on censoring its own citizens and on expelling foreign correspondents from mainland China. Now the regime is also attempting to shape the information narratives internationally, especially in countries directly linked to larger infrastructure projects like the Belt and Road Initiative.

The Chinese regime has built a sophisticated strategy to portray the country’s leadership in a good light. It has spent around USD 6.6 billion since 2009 in strengthening its global media presence. According to Bloomberg News, between 2008 and 2018, its investment into media  alone amounted to $2.8 billion. China regularly conducts exchange programmes for foreign reporters from several countries, organises training for journalists in Chinese cities, and holds regular discussions with foreign journalists and Chinese media unions. But Beijing also uses unusual tactics such as providing state media content free of charge, paying for entire supplements in respected foreign newspapers, and launching bilateral cooperation agreements with local media outlets.

In March 2019, when Italy officially became a part of the Belt and Road Initiative, President Xi Jinping signed a series of media agreements with Italian media entities. Italian state-run news agency ANSA signed a memorandum of understanding with China’s state news agency Xinhua to launch the Xinhua Italian Service together. “This has translated into ANSA running 50 Xinhua stories a day on its news wire, with Xinhua taking editorial responsibility for the content and ANSA serving as a distribution tool,” explains the IFJ report.

RAI, Italy’s public broadcaster, has also reached several agreements with China Media Group (CMG), the all-encompassing state organisation under which China National Television (CCTV) and China Radio International (CRI) function. The latest one, signed in 2019, stressed both organisations would collaborate “in important projects and initiatives, given the significant role public broadcasters play in the promotion of both countries and their relevant contributions to the development of creative, communications and innovation industries”.

RAI and ANSA were reached for comment. The story will be updated if they respond.

Content offered by the Chinese official media to global journalists can often be found in several foreign languages. A stark example of this is China Radio International, a state-run radio station, planting content in local language radio stations from Australia to Turkey. As President Rodrigo Duterte rose to power in the Philippines, China developed close relations with PCOO, a state-run media organisation overseeing PTV4, the Philippine News Agency and the Philippine Information Agency.

Similar relationships have been forged in Serbia and the Czech Republic as well. In 2015, the Chinese company CEFC acquired a stake in Czech Empresa Media and secured access to TV Barrandov and a number of magazines like Týden and Instinkt. A study by MapInfluenceEU, a think tank focusing on China's influence in Central Europe, found that negative mentions of China disappeared from these media channels. Interestingly, even neutral coverage on China disappeared, resulting in these outlets reporting on China only in a positive manner, the study said.

“It was not only the tone of the reporting that changed, but the composition of the covered topics. The media in which CEFC held a stake covered the China-led Belt and Road Initiative with a frequency unparalleled by any of the other analyzed Czech media outlets,” wrote Ivana Karásková, China Research Fellow at the Association for International Affairs (AMO) in Prague, Czech Republic.

An example is Africa, where China has very deep financial interests. “Three-quarters of African respondents said they viewed cooperation with Chinese entities as positive,” said the IFJ report. In countries where there is not enough media infrastructure, infusion of large sums of money into journalism is positive enough, said Jeremy Dear from IFJ. “A desk, a telephone and regular pay are all positives in countries where these are luxuries.”

In some African countries journalism is not a profession that provides a living wage. So Chinese money allows some journalists to tell their stories without having to look to the West for perspective, training or funds.

StarTimes, a Chinese-owned company based in Kenya that offers digital terrestrial and satellite TV services, has 25 million subscribers in more than 30 African countries, according to a previous IFJ report. It offers cheap packages including Chinese and African Channels and caters to rural areas in remote parts of the continent. Chinese media also hire African journalists. “The thing I like is we are telling the story from our perspective,” Kenyan journalist Beatrice Marshall told the Guardian in 2018 after joining Chinese outlet CCTV Africa from KTN, one of Kenya’s leading television stations. Her presence in the project strengthened the station’s credibility in the country.

Disinformation in the pandemic

States have spread disinformation many times before throughout history. But China has managed to take this playbook to the next level as the pandemic started to spread. According to a few episodes mentioned at the 2021 IFJ report, Beijing increased the spread of disinformation.

In March 2020 Zhao Lijian, spokesman of the Chinese Foreign Ministry, tweeted that COVID-19 was brought to China by US soldiers attending the Army Games in Wuhan, the city in which the outbreak was first discovered. An army of Chinese ambassadors and trolls amplified this conspiracy theory in an episode that came to be known as ‘Wolf Warrior’ diplomacy’.

Global Times, a newspaper controlled by the Chinese regime, blamed Italy for the coronavirus. “They tried to say that the virus had been born in Italy.  This was just outlandish, fake news,” said a journalist quoted at the report.

In June 2020, Twitter removed 23,750 Chinese accounts which were tweeting false information favourable to the Chinese Communist Party and misinformation about Hong Kong. Research showed that 150,000 accounts had amplified their content.

When China rejoined the world economy in early 1980s after decades of isolation, the regime realised it had to improve its media strategy. The West is not a novice in influence operations. However, “unlike the West, China’s Communist party does not accept a plurality of views. Instead, for China’s leaders the idea of journalism depends upon a narrative discipline that precludes all but the party-approved version of events,” write journalists Lim and Bergin.

While social media networks such as Twitter and Facebook are banned in China, the state-run media agencies use the same networks to disseminate information abroad. Beijing and Moscow prevent freedom of expression within their own borders, while their state-controlled news organisations are more active than ever abroad, said Christopher Walker, Vice President, Studies & Analysis at the National Endowment for Democracy.

The Foreign Correspondents' Club of China (FCCC) said in a statement that Beijing expelled at least 18 foreign journalists in 2020 and froze approvals for new journalist visas. “The reduction in the foreign correspondent corps has led to a vacuum in China coverage, as some countries are left without resident journalists inside China. In some cases, they have then fallen back upon state-run Chinese sources, leading to more positive coverage overall,” said the IFJ report.

It is important to note that opinion on China has grown more hostile across several advanced economies, according to a 2020 report from the Pew Research Center. However, 56% of the unions surveyed by the IFJ reported that China’s coverage in their country had become more positive overall since the COVID-19 outbreak, with only 24% saying coverage of China had become more negative.

In 2018 Huang Yongyue, Chinese vice-consul general in Italy, visited ClassEditori, a prominent publishing house that broadcasts Chinese-language radio China FM. He thanked the publishing house “for the positive attitude that [it] had shown towards Chinese projects, such as the Belt and Road Initiative (BRI), which are usually seen as [examples of] China’s expansionism, and not as opportunities for all the countries involved.” He added that “when it is Chinese media talking about BRI, the message comes across as propaganda, while when it is a Western media communicating [the message], perceptions change,” according to a recent Henry Jackson Society’s report.

The most successful propaganda is the one which does not pose as such. “Beijing’s tactics are incremental but steady, with journalists in each country believing their media systems strong enough to withstand developments,” said the IFJ report. And yet both this global survey and the examples in this piece suggest the Chinese regime is managing to reshape narratives and media landscapes across the world. 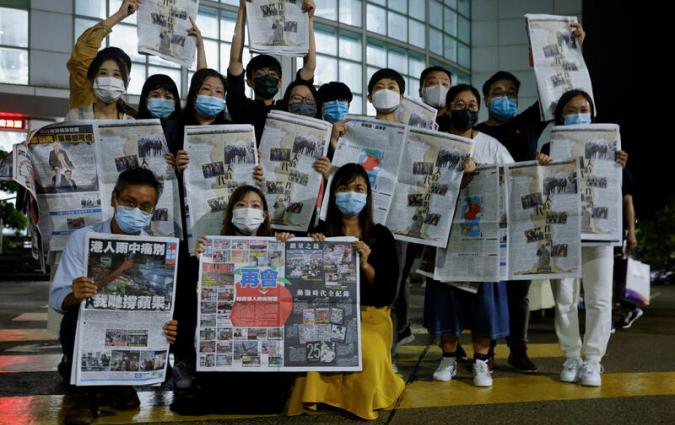