Not quite the Arab Spring: how protestors are using social media in innovative ways

Threatened by the authorities, young demonstrators are turning to Instagram and encryption in their fight for human rights in the country 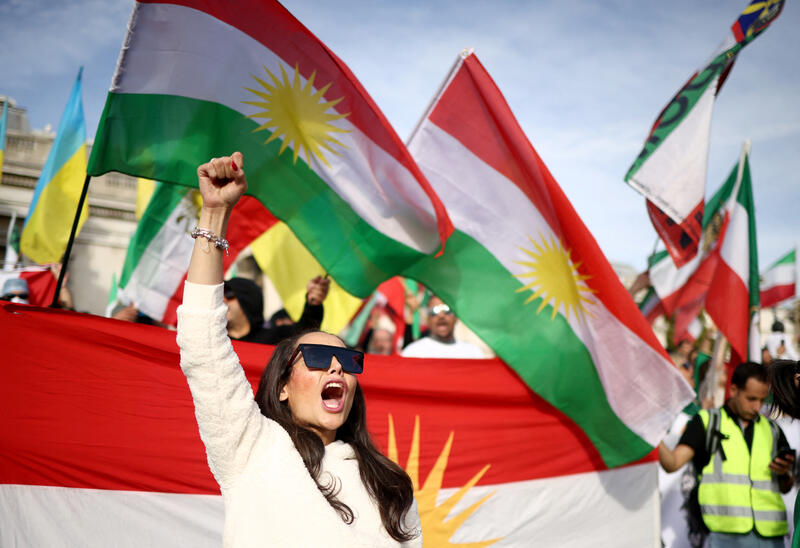 A protest following the death of Mahsa Amini in Iran, held in London in October 2022. REUTERS/Henry Nicholls

After gathering steam for a few weeks, protests in Iran may be reaching a critical phase. Young Iranians hit social media feeds and managed to capture the attention of global news organisations. Almost three months after the start of the public unrest, their demonstrations might be forcing the regime to review some of their policies.

The protests started on 16 September, when 22-year-old Mahsa Amini died in custody after being arrested by the Islamic Republic’s so-called morality police. Her crime was not adhering to the country’s strict dress code. Amini’s death sparked emphatic protests and thousands of posts under the hashtag #MahsaAmini, but also a horrific repression by the authorities, who arrested thousands of people in several cities. Accoring to the United Nations, more than 300 people have been killed during the demonstrations.

Authorities were quick to shut down the internet in various parts of the country as soon as the protests began. But Iranians were equally quick to find different routes to stay online and spread the word about what was happening to audiences around the world. “There were different learned experiences [from previous protests] and different conditions of access this time,” says Mahsa Alimardani, a senior researcher on freedom of expression online at Article 19, a human rights organisation.

Iran has shuttered the internet very often in the last few years. It has also tried to have its own “national internet” upon which it can have greater control. What made Iran rush towards building a “national internet” was what is commonly called the Twitter revolution, a round of protests during the Presidential election of 2009.

After that election, hard-liner Mahmoud Ahmadinejad was declared the winner. Thousands of protesters took to the streets to protest against voting fraud and to demand Ahmadinejad’s removal from power.

At that time, Twitter was used mostly as a way for international audiences to stay in tune with what is happening in Iran but it was not a local tool, says Alimardani. Annabelle Sreberny, Professor in Global Media and Communications at the London's School of Oriental and African Studies, told the Guardian back then, “"I wouldn't argue that social media really mobilised Iranians themselves – the protests were best organised using SMS."

And yet the regime felt that losing control of social media would be severely damaging. So they shut down the internet during the 2009 protests. Since then, protesters have found newer ways to mobilise, organise and broadcast information about their cause.

Even though the authorities began to cut off access to YouTube, Facebook and Twitter before elections, they left Telegram untouched. “It’s easy to store and share large files like videos on the platform. It works well with Persian’s left-to-right script and it offers the ability to develop Persian-language bots and stickers [fun memes and images shared in chats] on top of a simple interface,” says Alimardani about this messaging app.

Telegram was basically the internet in Iran between 2015 and 2018. In May 2018, Iran censored Telegram. In the following year, a series of nation-wide protests broke out in Iran. These are sometimes called the Bloody November protests of 2019, which were initially triggered by a 200% increase in fuel and food prices. Many Iranians called for the Supreme Leader Ayatollah Ali Khamenei to be thrown out of power.

The state crackdown was massive. State security forces are said to have broken up the protest violently. Because of the internet blockade, there is still no confirmation on how many people were killed. But some human rights organisations put the number around 3,000. The Reuters news agency reported at least 1,500 deaths.

Then the Iranian regime shut the internet for a week. “Lessons were learnt from that protest,” says Alimardani. As a result of the shutdown, grassroots organisations were formed. One of those organisations was 1500 Tasvir, a collective of citizens which regularly shares updates on Instagram and Twitter about protests in different parts of the country. Individuals message this collective and ask to be a part of it.

At the time of this writing, 1500 Tasvir’s pinned post on Twitter is about a teenage boy who tried to join the group. “17-year-old Nima Nouri was murdered by the Islamic Republic’s forces of oppression with two bullets yesterday in Karaj. He had messaged on Instagram to request to join the @1500tasvir collective a few months back: ‘I am ready to sacrifice my life for this.’”

Individuals inside Iran and those in minority regions such as Kurdistan send messages to this collective, which then verifies the authenticity of the videos, photos or information before sharing it on social media platforms.

While a relatively non-political platform in other parts of the world, Instagram has become the primary political tool in Iran. 1500 Tasvir has over a million followers on the platform.

When Telegram was blocked in Iran, Instagram took its place as the primary  platform in the country. “Instagram has a very wide range of purposes within Iran,” says Alimardani. “There are wide followings for regime officials and wide followings for regime-friendly celebrities who might even be verified on Instagram. A statistic from a research institute in Iran came out that said that there was somewhere between $700 million to $1 billion dollars of revenue being created off Instagram and various marketplaces inside Iran. So Instagram has a significant contribution to the Iranian economy.”

The role of encryption and Tor

As these platforms are banned, protestors need to use VPNs, which are becoming tougher to use as the regime has banned many major VPN providers.

According to TechCrunch, a group of activists has come up with a new approach that involves Tor servers inside Iran itself, and engaging the tech community outside the country. “Tor networks, which allow anonymous web browsing that can bypass internet blocks, have become especially vital for spreading video and information about the most recent protests against the regime,” the report says.

The Tor Project, the US nonprofit that maintains the Tor network, has a detailed guide in Farsi and English on how to use Tor to access the internet in Iran.

The other way to stay online is to physically transfer content to a region which is connected to the internet. This kind of broadcasting happens with the support from diaspora communities. “One of the things the resistance movement has going for it is encrypted apps, which are difficult for the regime to surveil,” says  Dr. Emily Blout, author of the book Media and Power in Modern Iran: Mass Communication, Ideology, and the State. Although encryption is illegal in Iran, diaspora communities communicate with each other via encrypted apps. “Way more photos and videos and eyewitness accounts are reaching the outside world because there are multiple platforms – more holes on the dike,” she added.

Diaspora communities are united on one thing – the need for regime change. “Today there is not one person I've talked to who doesn't want regime change,” says Dr Blout. “The ideological divides within the diaspora have slipped away and people are united in their bitter determination that this time the regime will fall.”