Radio Ambulante noticed some listeners used its episodes to improve their Spanish. So it built a product to help them 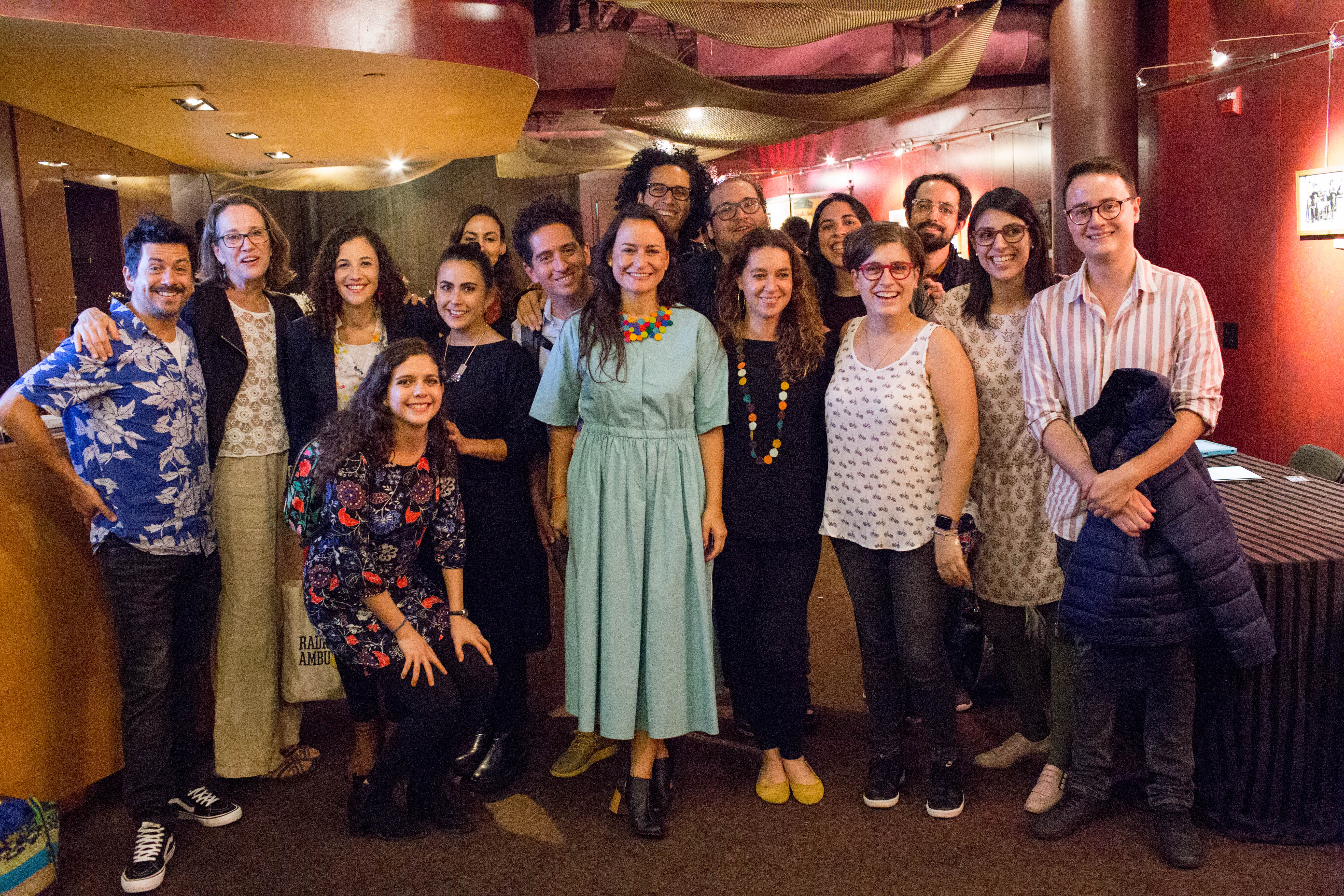 Radio Ambulante is an award-winning, Spanish-language podcast that uses long-form audio journalism to tell neglected and under-reported stories from everywhere Spanish is spoken, including the United States. It was launched in 2012 by Carolina Guerrero and Daniel Alarcón.

Radio Ambulante is currently in its ninth season. The team has produced over 150 episodes from more than 20 different countries. Radio Ambulante is expected to reach 6 million downloads in 2019. It signed a distribution agreement with NPR in 2016.

I spoke with co-founder Carolina Guerrero about a product they’ve just launched: a language-learning app called Lupa, designed to serve English-speaking listeners who use the show to improve their Spanish skills. Lupa is a great example of how a news organisation can design a new product and create a new revenue stream by paying attention on the behavior of its audience. Here's a summary of our conversation by email, lightly edited and condensed for clarity.

Q. Radio Ambulante was founded in 2012. How and when did you notice some of your listeners were using your episodes to learn Spanish?

A. Very soon after we launched, we started hearing from Spanish language teachers who were using our podcast in their classrooms, as well as from people studying Spanish on their own with our episodes. We’ve always cultivated a close relationship with our listeners. For a podcast like ours, this isn’t just a key to our growth; it’s a matter of survival.

So we did our first audience survey after our first season, and immediately noticed a couple of things that caught our attention. First, roughly a fifth of our page views were on our English language website. Secondly, a similar number were choosing to answer the survey itself in English.

When the anecdotal information from Spanish language teachers and learners was confirmed by the analysis of our metrics, we knew we had to figure out a way to serve this segment of our audience better.

We’ve always published a Spanish language transcripts and English translations to accompany each episode. But we were conscious that the user experience for language learners wasn’t great, so developing a more interactive tool has always been the plan. It just took us some time to land on the right approach.

Q. When did you start working on Lupa? How many people worked on the project?

A. First we had documented the need and understood the limitations of the current tools: transcripts and translations. Then it was clear we needed to build a tool tailored specifically for this segment of our audience.

At Radio Ambulante, we have journalists, editors, fact-checkers, producers, sound designers —but we do not have developers. At the same time, our organization is a non-profit that lacks the capacity to hire a team of specialists. So we started looking for alternatives.

As we were applying to grants, a colleague from Colombia connected us with Daniel Raynaud. Raynaud, a former Google developer and language enthusiast, was looking to build a tool to address a specific problem for language learners —the gap between textbook learning and real fluency.

Anyone who’s studied language knows what this is. He’d been studying Spanish for years, could read books, text friends and engage in small talk. He was feeling pretty good about his language skills —until he moved to Colombia and had to socialize exclusively in Spanish. He was petrified when the phone rang or when he had to interact with his neighbors. It was discouraging to have reached a level of classroom proficiency, but still feel unable to sustain meaningful conversations or follow along when others were speaking.

At this point, he discovered Radio Ambulante, and began to listen. He was hooked. There was something about our stories that sparked progress.

Raynaud partnered with another ex Google developer, Joseph Elliott. Together they founded a company called Jiveworld. They came to us, eager to partner, and it we hit it off right away. For us, Jiveworld and Radio Ambulante felt like two pieces from the same puzzle.

We officially partnered with them in the Spring of 2018 and started working right away. We’ve been working for 18 months now. Including both teams, there are over 15 people involved. Tthis is a tool that mixes audio journalism, online learning, and UX design. We haven’t seen anything like it in any of those areas.

Q. How did you get the money to build Lupa?

A. Before connecting with Jiveworld, we were looking for grants to develop the app, but we didn't get much interest from foundations. So we formed our joint venture based on an understanding that Radio Ambulante would invest its content and its expertise, and Jiveworld would develop the technology. Jiveworld invested the funds to develop the technology by creating Radio Ambulante’s app, and we worked with them in troubleshooting and in preparing our content for the app.

It was a perfect collaboration. We all worked very hard, shoulder to shoulder, and it’s been an amazing experience for all of us.

Q. Could you walk me briefly through the design process?

A. We identified a key question that needed to be answered: how can we help an intermediate-level language learner understand spoken audio, without showing a full transcript and translation?

All the features in Lupa came out of the very first brainstorm session and aimed to answer that original question. Then there was the long slog to figure out how to create those features for a mobile interface. It took a full year working with top designers and engineers, and we're still evolving it.

We formed a beta testing group of adult Spanish learners early on in order to validate the ideas. Many came from our own audience. Putting your app in the hands of a stranger and watching them use it will tell you a lot very fast.

Q. I've noticed you're selling subscriptions to the app from $10 a month. How have you structured the pricing?

A. Achieving fluency in a second language is life-changing. It can transform your career prospects. More fundamentally, it can transform who you are by opening up new cultures and relationships. This is why people will spend thousands of hours and dollars pursuing it.

There are not so many products that serve the intermediate-level language learner. The ones in the market are often expensive and do not come close to meeting our expectations of usability. Lupa is priced lower than average in this field. It delivers great content and an experience that far surpasses anything else out there.

The revenues feed directly back into Radio Ambulante’s mission in journalism and Jiveworld's mission to transform language learning. We are still in the very early days. We had a quiet launch one month ago, announcing it just a few days ago with a single tweet. The response has been incredible, far beyond what we expected. We've had paying subscribers from the very first day.

Q. Do you have plans to host stories from other Spanish-speaking outlets such as RNE, Univision Radio and others?

A. We might do it in the future. For now, we’re focusing on growing our own market and making the app available for learners who can't speak English. Radio Ambulante Studios (the company behind the podcast) is creating new shows and we hope to include them on this tool. In the case of our partners of Jiveworld, they have big plans to expand and make this technology available to other podcasts in different languages.

If you want to know more

Here are a few figures about Radio Ambulante:

If you want to know more about Lupa, you can read this thread from co-founder Daniel Alarcón or listen to him talking about it on NPR. You can download the app here.

Leadership programmes. The Reuters Institute runs two courses designed to help editors and media leaders get the tools and the insights they need to lead their newsrooms in these turbulent times. Registration is now open for our next courses:

?If you want to join any of these courses, drop us an email. You can check prices and other details here.

News
Facebook working to regain trust, but more should be done - nine recommendations