Two respected figures in media research and journalism join the Reuters Institute this term as Visiting Fellows. Polly Curtis, former editor of HuffPost UK, and Nick Cull, Professor of Public Diplomacy at the Annenberg School for Communication and Journalism at the University of Southern California, will play an active role in furthering the institute’s research and leadership development activities. Visiting Fellowships are designed to create close links with people working in other media organisations, or academic or research institutions, whose work aligns with the Reuters Institute.

Polly Curtis spent most of her career at the Guardian where she became a senior editor running the daily news operation. She later became Director of Media at the British Red Cross and then Editor-in-Chief of HuffPost UK. Her research interests include the democratic news gap and how inequalities in accessing news could be exacerbated by new business models. Her passion for seeing how quality media can be made available to all has led to her inclusion on the panel advising the UK government’s Cairncross Review into strengthening sustainable journalism, she is also a member of the Society of the Board of Editors.

Curtis said: “I’m delighted to join the Reuters Institute as a Visiting Fellow. The institute is so influential in the debate about how journalism survives in turbulent times and I hope to contribute to that conversation by exploring the experience of people who are not getting good information to inform their view of the world. As we fight harder to find ways to sustain high quality journalism, I’m concerned about the availability of innovative journalism for people who are not ready to subscribe or pay for news. Having played leading roles in some of the best newsrooms in the world, organisations that care deeply about their role in society, this is a fantastic opportunity to reflect and contribute to the discussion about the future of journalism.”

In addition to her research activities, Curtis will speak at the institute’s Leading Newsroom Change media leadership programme for senior journalists and executives in February. The Reuters Institute’s Director of Leadership Programmes, Alexandra Borchardt, said: “We are delighted to have Polly join us as a Visiting Fellow. With her experience and expertise in running newsrooms and managing digital change she will contribute a great deal to our work.”

Professor Nick Cull joins the Reuters Institute on leave from the Annenberg School for Communication and Journalism at the University of Southern California. Originally from the UK, his interdisciplinary research looks at the role of media, culture and propaganda in international history. He has written widely on media and communication in foreign policy including British propaganda during World War 2 and US propaganda during the Cold War.

Professor Cull will continue to look at the intersection of media and politics during his time at the institute. He said: “I’m excited to be with [the Reuters Institute] for the term. I’m working on a book on the role of media and communication in the end of Apartheid and also developing an essay on the relationship between media development and public diplomacy, especially in newer democracies. I look forward to connecting to the other scholars in the institute’s orbit.”

The Reuters Institute’s Acting Director of Research and Senior Research Fellow Lucas Graves said: “We’re delighted to be joined this term by such an eminent and influential historian of the media. Nick’s work on propaganda and public diplomacy couldn’t be more relevant today, and we look forward to collaborations and conversations during his visit.” 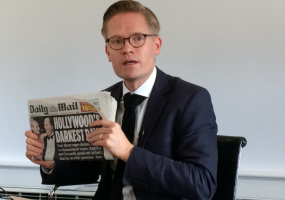 What's happening to our media 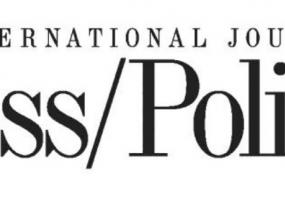 October issue of the International Journal of Press/Politics out now 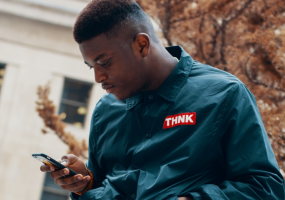 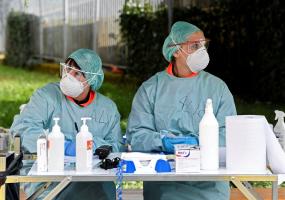