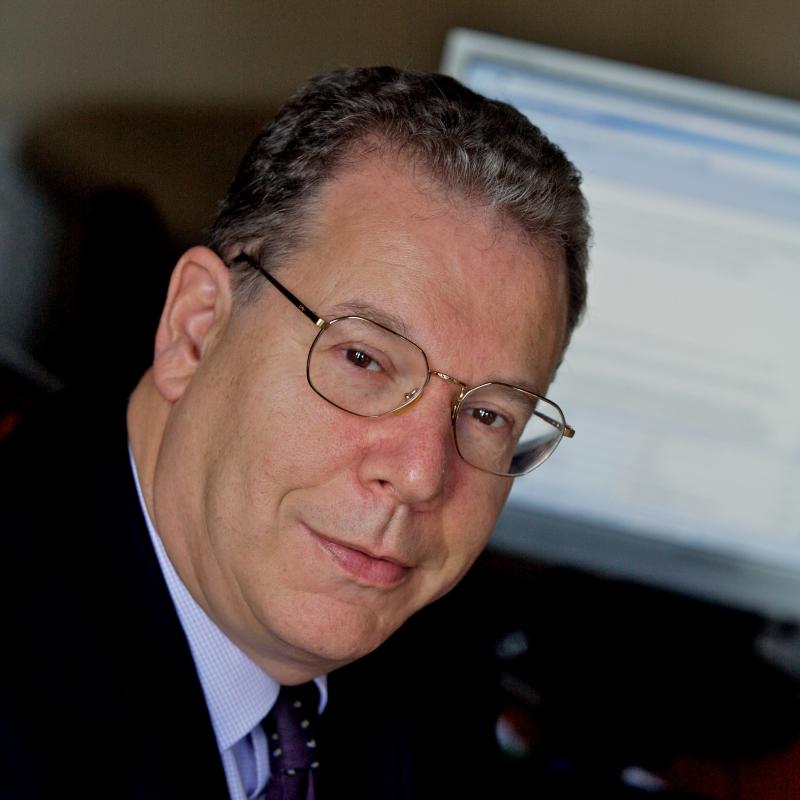 Dr David Levy was Director of the Reuters Institute from September 2008 to September 2018. During this period RISJ’s reach, reputation and impact all increased dramatically, along with a fourfold growth in funding. Together with Nic Newman, he created the Reuters Institute Digital News Report in 2012 and oversaw this until 2018, launched the Institute’s regular Editor-in-Chief/CEO and Public Service Heads of News meetings and was joint author or editor of multiple RISJ publications.

As Senior Research Associate he retains his interest in all developments in journalism and has particular expertise in public service broadcasting, media ownership and the interaction between news organisations, digital technology, platforms and media regulation. He is currently Project Director at the Nuffield Politics Research Centre, a member of the UK Board of Reporters without Borders, and a Trustee of The Conversation UK,

His experience includes acting as an independent expert on plurality to the New Zealand Commerce Commission, giving evidence to the UK Competition and Market Authority’s consideration of the planned 20th Century Fox/BskyB merger, and appearing at various UK parliamentary committees and EU policy fora.

He was a Visiting Professor at Sciences Po in Paris from April to June 2012 and in 2008 served as the sole foreign member of a French parliamentary/expert commission reviewing the funding and governance of France Télévisions. He was a Board member of France 24, between 2009 and 2012, a member of the Ofcom Content Board from 2011 to 2017, and of the Board of the UK Statistics Authority from 2012 to 2019.

As Controller, Public Policy at the BBC until 2007 he led the BBC's policy for the Charter Review and Licence Fee negotiations and was in charge of UK and EU public policy and regulation. Prior to his policy role he worked as a journalist, first for the BBC World Service and then for BBC News and Current Affairs; as a radio producer and reporter on File on 4; as a TV reporter on Newsnight, and as Editor of Analysis on Radio 4. His publications include; ‘Europe's Digital Revolution: Broadcasting Regulation, the EU and the Nation State’, Routledge 1999/2001, and joint editor with Rasmus Kleis Nielsen of 'The Changing Business of Journalism and its Implications for Democracy' (RISJ 2010) editorship of the annual Reuters Institute Digital News Report (RISJ 2012-18), joint author of UK Coverage of the EU Referendum (RISJ 2016) and of Old, Educated and Politically Diverse: The Audience of Public Service News (RISJ 2019) He holds degrees from the Universities of York (BA), LSE (MA) and Oxford (DPhil) and attended the Advanced Management Programme at INSEAD. He was a Governing Body fellow at Green Templeton College from 2008 to 2018 where he is now an Emeritus Fellow and is an Associate Member at Nuffield College.

Our annual survey of news consumption trends based on a survey of more than 70,000 online news users in 36 countries worldwide.

This working paper examines how the Australian Broadcasting Corporation (ABC) plans to respond to its challenges whilst faced with diminishing resources.

Pre-referendum coverage of Brexit leaned towards leaving the EU

Coverage in nine national newspapers in four months before the Brexit vote found more in favour of leaving the European Union.

The Changing Business of Journalism and its Implications for Democracy

Is There a Better Structure for News Providers?

The Public Appetite for Foreign News on TV and Online