The global cohort of reporters, editors and producers join those continuing from last term to explore the future of journalism 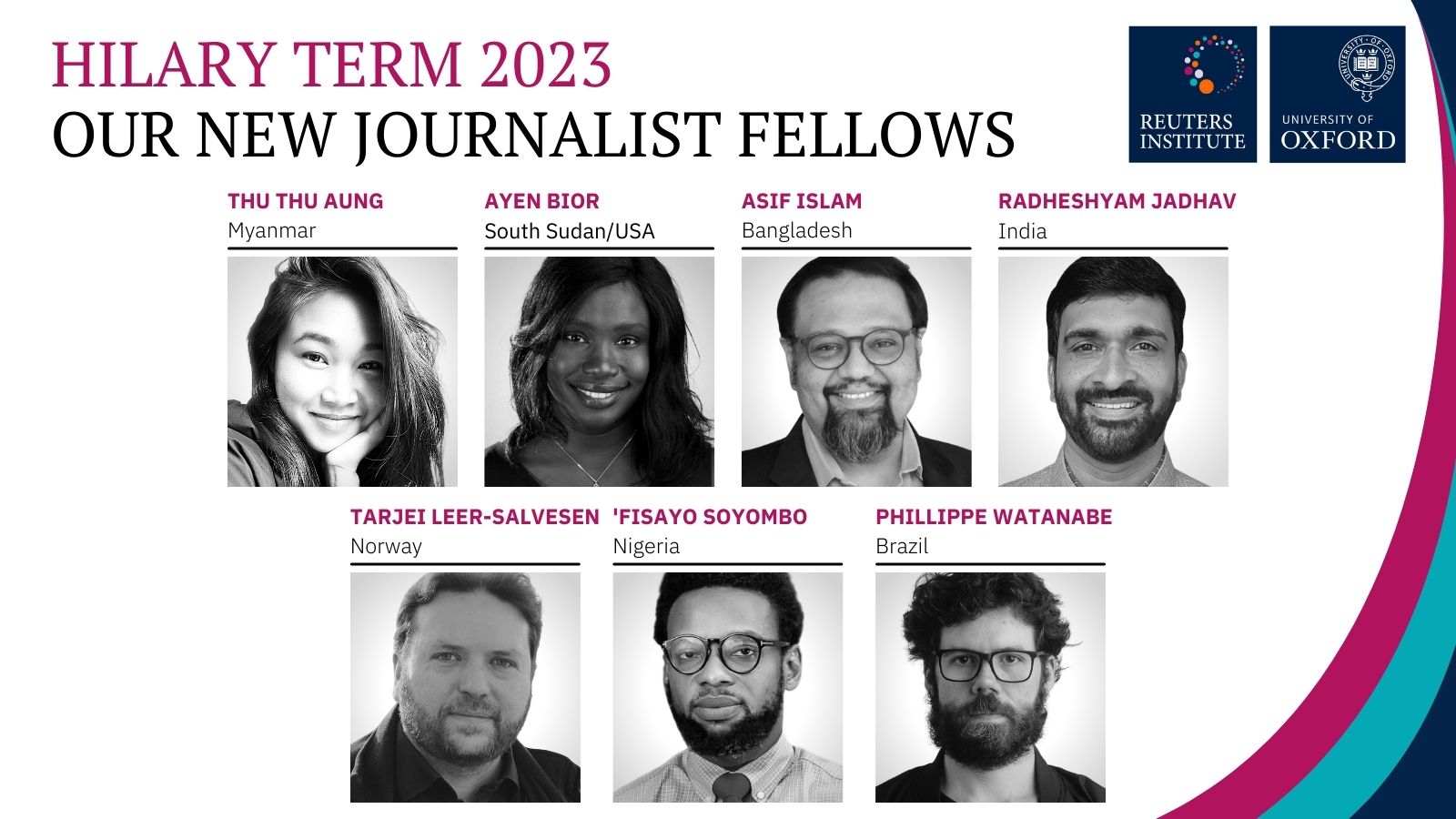 Seven journalists from across the world, representing a range of news media and journalistic professions, are joining the Reuters Institute's Journalist Fellowship Programme this January. They will explore the future of journalism worldwide, bringing their invaluable insights to the programme of seminars, discussions and networking events. During their time at the institute they will work on a project relevant to their own interests, their newsroom and the wider profession. They will join a number of Journalist Fellows continuing their time with us from last term: Regine Cabato, Ronson Chan, Laida Kaoma Chongo, Zsófia Fülöp, Tanmoy Goswami, Manar Hafeth Ismail, Jussi Latvala, Olga Tokariuk and Natalia Zhdanova.

Read more about each of them, and find links to their profiles, below.

Thu Thu is a Pulitzer prize-winning Myanmar correspondent at Reuters. Since the military coup of February 2021, she has continued to report on Myanmar from Thailand. Throughout her career she has covered ethnic armed conflicts, drug trafficking, human rights abuses and the Rohingya genocide.

Ayen Deng Bior is a producer and reporter in radio, television and web. She is drawn to stories about the refugee experience and the rights of women. In her spare time, she loves to read, kayak and bird watch.

Asif is associate editor at the Dhaka Tribune. His work has appeared on MSNBC, CBS News, NDTV, the Times of India podcast and the Mekong Review. Asif enjoys reporting and conducting interviews and is passionate about climate journalism and foreign affairs.

Radheshyam Jadhav is an award-winning journalist from India working for The Hindu Businessline. He holds a Ph.D. in journalism and communication. He has written extensively about gender, health, agriculture, environment, and rural and urban development issues.

Project topic: How do investigative journalists apply the right to access public information across borders?

'Fisayo Soyombo is an intrepid investigative journalist who has gone under cover on numerous occasions to expose corruption. He has been editor of a number of news and investigative outlets.

Phillippe is a Brazilian reporter writing about the environment and the climate crises at Folha de S.Paulo, one of the leading media outlets in Brazil.