We look at the most pressing challenges facing media organisations in this pivotal year, from remote work to diversity and talent 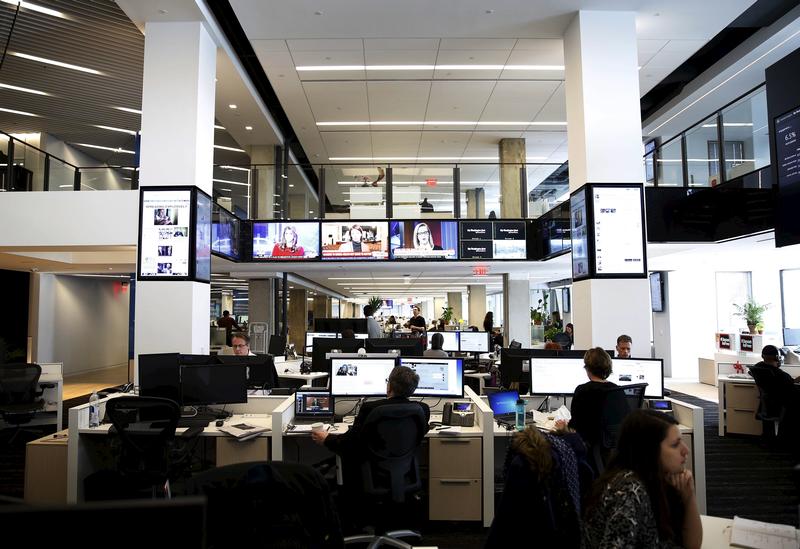 The events of 2020 have laid bare some of the challenges facing newsrooms, from the severe pressure on funding models, to the difficulties on established working patterns, and efforts to ensure newsrooms are reflective of the communities and audiences they serve. A recent report from the Reuters Institute explored these internal and external challenges to the media, based on a global survey of 136 newsroom leaders from 38 countries.

On diversity in newsrooms ↑

Federica: Well, as we know, there are issues of diversity, inclusion and structural inequalities across society gaining a global prominence this year, especially in the wake of the George Floyd killing and the Black Lives Matter movement. And the news industry too has been pushed to face its own inequalities, both in terms of the internal make-up of the newsrooms and in terms of how it covers the news and who it chooses to represent.

Improving ethnic diversity has also been indicated as the biggest diversity priority for the year ahead by 43% of our respondents followed by 18% indicating gender diversity.

We also look at diversity across different levels of seniority within news organisation, and there our respondents generally think that progress has been made at a more junior level where the overwhelming majority of our respondents, 84%, indicated that they feel confident the organisation are doing a good job with their junior staff, and to a lesser degree with mid-level staff.

But a different picture is when we look at the most senior tier, with just 37% of survey respondents believing they are doing a good job at a senior level of their organisation.

And this feeling is indeed supported by findings of some of our previous research that highlighted lack of diversity at senior level, both around gender and ethnicity. Just to cite one, earlier this year some of my colleagues looked at a sample of 200 major news outlets in 10 different markets and found that only 23% of the top editors were women.

And when they look at ethnic diversity across a sample of 100 major news outlets in 5 markets in countries like Brazil, Germany, South Africa, the UK and the US, they found that only 18% of the top editors were non-white, although across the countries covered an average of 41% of the population is non-white.

Of course the question we discussed focused on perception and self-rating, so in the survey we also look at what newsrooms are actually doing to address the lack of diversity and to drive change. Our first fundamental step is to gather performance data related to being able to measure progress. So we asked respondents whether their organisation was collecting and monitoring data around the internal diversity of staff, and we found that this is indeed happening now with 64% of respondents saying that their organisation gathered data about diversity of staff. And 53% gather data about diversity of leadership.

Diversity, as we mentioned, is also reflected in the sources, contributors, interviewers that a newsroom selects and chooses to portray. And there, 41% of survey respondents say their organisation now collects such data.

A step further even in terms of enacting change, 46% of respondents in our survey said they have someone formally in charge of diversity and equity and inclusion practices. But only 36% say they have a budget for internal diversity.

I just want to highlight that despite the increased focus on diversity in many countries and in many newsrooms. Still 22% of industry leaders we surveyed said their organisations undertake none of these initiatives we discussed.

And I think we should remember that diversity shouldn't just be a box-ticking exercise and should be the result of a genuine effort to be inclusive both internally and in their content choices.

Federica: As you mentioned, of course, the deep destruction the pandemic has created in people’s lives has also happened for journalists and news organisations with probably one of the most visible impacts is their ability or not to rely on the physical newsroom.

Almost overnight in some countries, big and small organisations alike have had to rethink their workflows, their day-to-day production, had to learn to rely on digital communication tools like Zoom and Slack for everything and keep everything running.

The effects of this have been felt, and when we asked newsroom leaders what impacts this transformation had on the newsroom and workflows, the majority of the respondents, so 55%, said that they believe that remote working has made them more efficient. But they also feel that social interaction and team spirit has suffered, as has creativity to a lesser degree.

And crucially I think this is very important, more than three-quarters of the respondents say that remote working is making it harder to build and maintain relationships in a team.

News executives are worried about the perceived lack of creativity and ability to be spontaneous given the lack of those non-planned conversations that can happen every day in an office.

And survey respondents worry about people’s wellbeing and their mental health of staff due to the longer hours, they always mention Zoom fatigue, and for the lack of that clear demarcation between personal space and work space, personal time and work time.

They also worry about their staff working-from-home set up, with many highlighting that situations can vary significantly, and often younger staff have a less comfortable working-from-home situation that can lead to difficulties in being productive and effective in their job.

They of course worry about the physical health of staff having to report on the ground. They have to rethink about what kind of access to technology and tools, to IT security and software the staff has.  And let’s not forget that in some countries and some geographical areas, this is worsened by unreliable power and internet connectivity problems.

I guess one of the themes that we’ve seen highlighted the most is around communication and to the less operational yet crucially equal aspect of a shaping of a newsroom culture. Several of our survey respondents are worried about morale than team cohesion. They mentioned onboarding and training new colleagues as being more difficult in remote settings.

And I think what is most interesting, what emerged from these comments, is a sense a successful leadership requires a more conscious and proactive effort for managers. I think a more intentional leadership, if you will. They need to communicate more to keep everyone alive. They need to maintain a sense of organisational cohesion and team unity by making sure that all voices are heard, not just the ones that are more comfortable with speaking or not speaking in a video call. They need to be able to identify teammates in need to help and support.

But also I think at the same time we shouldn't forget that some of these disruptions are also an opportunity to accelerate transformation processes that were already underway. And so this is also an opportunity to reimagine workflows. As on editor from a traditional print organisation, for example, said, “This is also a moment to break all habits and push the company to work towards a much needed modernisation and digitalisation.

In the aftermath of the pandemic, it is clear that newsrooms are rapidly advancing plans to change their physical footprint, with almost half of our respondents saying that the organisation is actively looking at plans to downsize their office space.

However, this won’t be the end of newsrooms. I think the new model of a hybrid newsroom with some stuff in the office, some stuff working from home, some on the go, on reporting trips, is likely to be a lasting legacy of the coronavirus crisis.

Of course, such a model could offer benefits including reduced cost, increased flexibility also around hiring and not having to rely on hiring people in big metropolitan cities where often some of these news organisations are based, and therefore hopefully increasing diversity through that.

And of course it will require also extensive planning and could be difficult to get right, news leaders said in our survey, when it comes to getting the right balance between the communication, between people in the office and from home and making it all work harmoniously.

Federica: When we ask how confident they were in their organisational ability to attract and retain the talent they need, news leaders in our survey expressed some confidence in being able to do so in editorial areas. But the level of confidence in attracting talent is much, much lower across key areas like product, audience and design with only 23% saying they are confident in data and insight, so technology areas.

Amongst the reasons they worried about being able to attract and retain and nurture the right talent, they often mentioned that the news industry is not really perceived as an attractive industry. Challenges mentioned are around being able to offer competitive salaries compared to what other industries can offer, especially to those type of talents that are really required and requested by other areas.

Also, their awareness that the speed of change within some news organisations is slow, and therefore, again, less attractive for that kind of talent.

And of course the coronavirus crisis has made this challenge as the one we mentioned before just more acute, and in some cases newsroom leaders are already confronting reduced budgets and cuts. So being able to pursue some of these priorities is challenging, and even made more challenging.