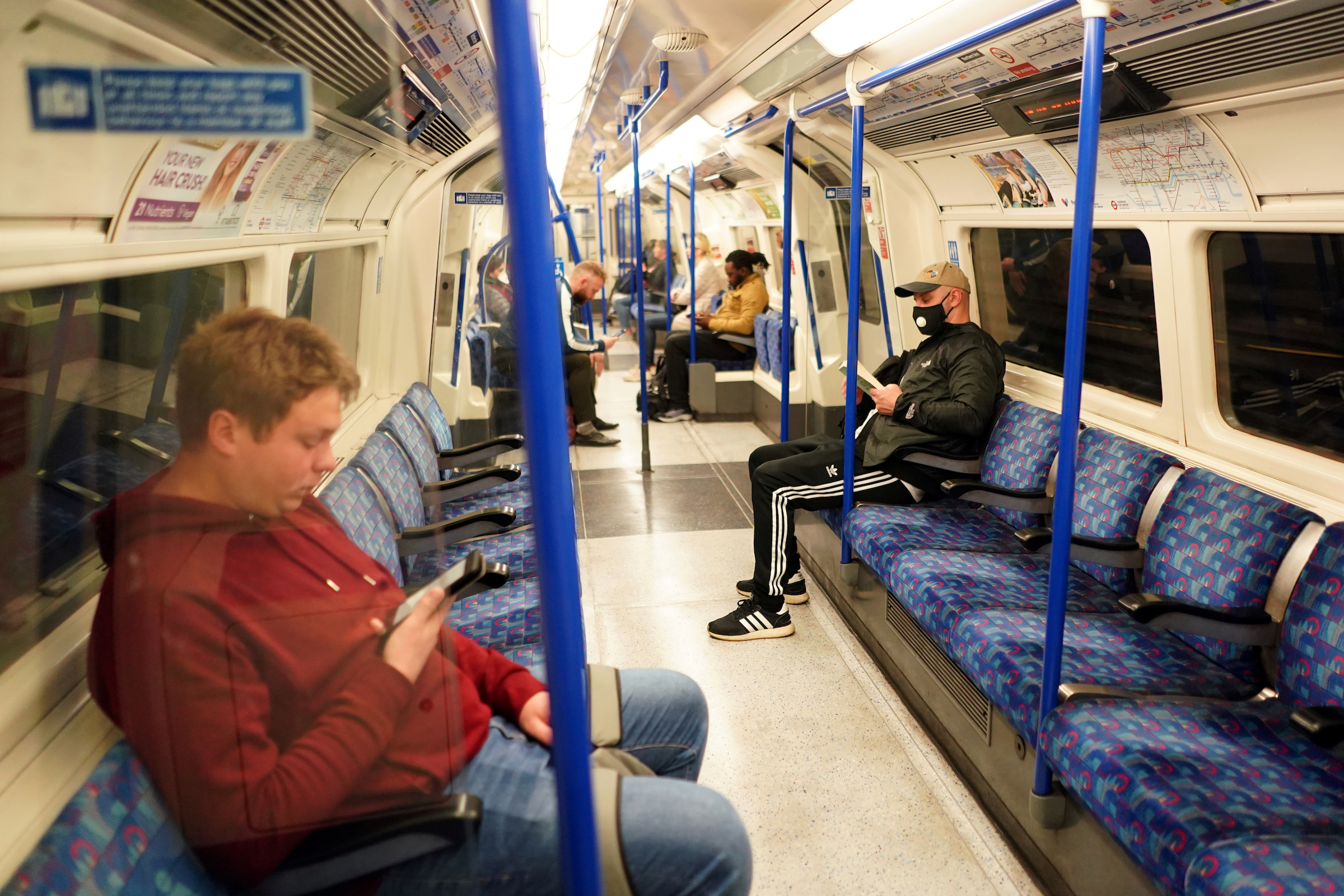 A man is seen wearing a protective face mask on a London underground train following the COVID-19 outbreak near London. REUTERS/Henry Nicholls

This is the third factsheet of the UK COVID-19 news and information project.

In this Reuters Institute's factsheet we examine people’s news avoidance during the coronavirus pandemic in the UK based on a survey fielded from 7 to 13 May 2020.

This is the third in a series of ten factsheets based on an ongoing online panel survey of a representative sample of the UK population. The survey was designed by the Reuters Institute for the Study of Journalism at the University of Oxford to collect data on how people navigate news and information during the coronavirus pandemic and was fielded by YouGov. Ten waves will be fielded at two-week intervals. Top-line findings from each will be published soon after in a factsheet, with more in-depth analysis to follow. More details about the project and the methodology can be found on the project website. The survey is a mix of tracking questions and specific questions fielded only in some waves.

In March and April, the UK saw a surge in news use as people turned to different media for more information about the crisis and the government response (Nielsen et al. 2020). However, in this factsheet we document a significant subsequent increase in news avoidance, with the number of people saying that they actively seek to avoid news often or even always growing from 15% in mid-April to 22% in mid-May (see Figure 1).

News avoidance is evenly distributed across different social groups, with small differences based on income, education, and political orientation. However, we find some significant age and gender differences. Those aged between 25 to 44 (some of whom will be parents with young children) are more likely to say they always or often avoid news (28%) than adults under 25 (19%) and above 45 (19%). Women (26%) are also more likely to avoid news than men (18%) (Figure 2).

The vast majority of those who always or often avoid news (86%), say they are trying to avoid COVID-19 news at least some of the time. In the following sections, we focus specifically on those who say they avoid coronavirus news.

When asked about the reasons for avoiding news, most respondents who always and often avoid news about COVID-19 said that they are primarily worried about the effect it has on their mood (66%) (Figure 3).

AVOID1. You said that you find yourself actively trying to avoid news. Which of the following, if any, are reasons why you actively try to avoid news? Please select all that apply. Base: News avoiders (often/always) who avoid news about COVID-19 = 364.

As respondents said in open-ended responses: ‘The news currently makes me feel incredibly stressed’ and ‘I am bombarded with negative news’. A third of respondents (32%) said they avoid news because they don’t trust it, a reason cited by 49% of news avoiders who identify as right-wing.

Only 5% of news avoiders said they avoid news because they are not interested in it. When given the opportunity to provide other reasons for news avoidance, many respondents mentioned that the news is very repetitive these days: ‘News is always the same’ or ‘Too much of news is repeated and speculative’.

To understand how news avoidance takes place, we asked respondents where they are most likely to avoid news. The vast majority (78%) avoids news on television and 55% avoids looking at news websites or apps of news organisations. Around half of news avoiders (49%) are avoiding news they see on social media (e.g. Facebook or Twitter) and 37% ignore news stories people sent to them via email or messaging applications like WhatsApp (Figure 4).

Figure 4. Proportion of COVID-19 news avoiders that avoid news on each.

AVOID4. You said that you find yourself actively trying to avoid news. Which of the following, if any, are you doing to avoid news? Please select all that apply. Base: News avoiders (often/always) who avoid news about COVID-19 = 364.

With the exception of radio, which often serves as a background for other activities, and print, where the picture is mixed, more people say they are actively avoiding news accessed via channels that require an intentional choice (choosing to watch a television news programme, going directly to a news website or app) than say they actively avoid news that they may come across incidentally while doing other things such as staying in touch with friends and family (news seen on social media, forwarded by email or messaging apps).

Incidental exposure to news is in part about how different media operate, but also about people’s assumptions. Those respondents who say they know that ‘the news will find me’ without them having to intentionally seek it out are more likely to say that they often or always actively seek to avoid news about COVID-19 (Figure 5).

Figure 5. Proportion that does not worry about keeping up with the news because they think news will find them

QNFM: To what extent do you agree or disagree with the following statements? I don’t worry about keeping up with the news because I know news will find me. Base: News avoiders (often/always) who avoid news about COVID-19 = 364, total sample = 1,973.

Previous studies have shown that those who hold such news-will-find-me perceptions are likely to have lower levels of knowledge about current affairs (Gil de Zuñiga et al. 2018).

Finally, our survey was in the field from 7 May to 13 May, a period in which hospital deaths from COVID-19 in the UK grew from 30,076 to 32,692 (Roser et al. 2020). During this period there was news coverage around the UK’s position as having the highest death toll in Europe, and the Prime Minister’s speech delivered on Sunday 10 May outlining some steps towards the ease of the lockdown.

Figure 6. Proportion that think the coronavirus situation in the UK is generally heading in the right direction

Q19. All in all, do you think the coronavirus situation in the UK is generally headed in the right direction, or do you feel things are off on the wrong track? Base: Total sample: 1,973.

Factsheet published by the Reuters Institute for the Study of Journalism as part of the UK COVID-19 News and Information project funded by the Nuffield Foundation.

The Nuffield Foundation is an independent charitable trust with a mission to advance social well-being. It funds research that informs social policy, primarily in Education, Welfare, and Justice. It also funds student programmes that provide opportunities for young people to develop skills in quantitative and scientific methods. The Nuffield Foundation is the founder and co-funder of the Nuffield Council on Bioethics and the Ada Lovelace Institute. The Foundation has funded this project, but the views expressed are those of the authors and not necessarily the Foundation. Visit www.nuffieldfoundation.org. 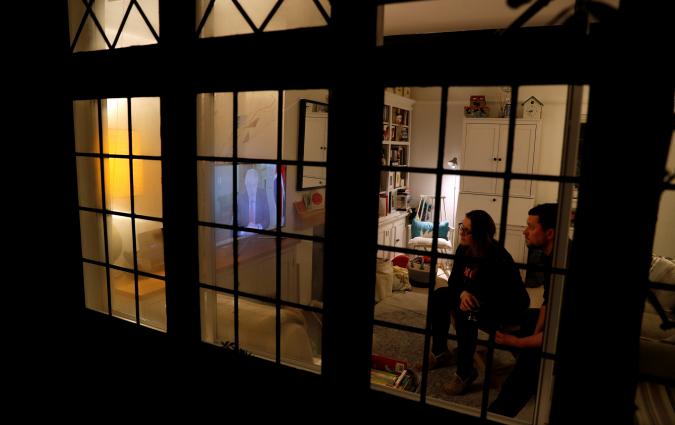 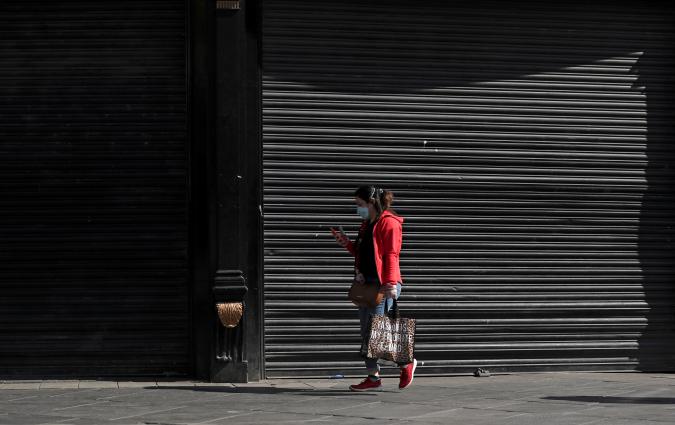