The intelligence agencies and their relations with the media

There are all too many obvious obstacles to responsible media coverage of secret services in any country.  First, national security agencies are, well, secretive - by the very nature of their job. That means, among other things, that any journalist has to be lucky to find even one reliable source within the intelligence community, let alone the two required by golden professional standards. Second, there is a conflict of public interest: citizens want to know what happens in the secret services and hold them accountable, but don’t want to risk the security of their country. What the limits are for revealing intelligence agency activities is an ongoing debate. But there’s one more difficulty that proves much more important significant, says Paul Lashmar: secret agents are manipulative.After many years as an investigative reporter (at The Observer, Granada TV’s World in Action programme, and The Independent), Lashmar switched to academia, without changing his subject: the relationships between media and the intelligence. In 1998, with historian James Oliver, he had co-authored a book about the ‘Information Research Department’ (IRD) of the Foreign and Commonwealth Office, a secret division created to take more a ‘proactive’ approach to the media. Proactive approach, of course, meant manipulation. The job of the IRD was to take bits of information from MI6 and other covert sources and hand it down to selected newspapers and journalists. Lashmar does not believe it is fully recognized what impact IRD had on the political cultural in the UK in the early Cold War period. It certainly had a major impact on many countries around the world by covert operating news agencies, book publishers, radio stations and much more. Not surprisingly, officers of the IRD had a Cold-War mentality, and firmly believed that their goals justified the means. Lashmar points out that the road to any kind of transparency has been slow - intelligence and security agencies in the UK did not even officially exist until the 1990s.  Whatever their Cold War goals used to be they ceased to be relevant by the early 1990s, but the intelligence community still has to ‘carry the burden of their history’, says Lashmar. ‘They lied all the time’.  The IRD also corrupted the media in the strictest sense possible: Reuters journalists used to get money from the secret services, and officers on duty took part in interviews when hiring journalists for the BBC. Journalists, too, take some blame for the sad state of affairs. Early in Lashmar’s career, a colleague of  used to talk  frequently to his ”source” in the secret services loudly in the office – it took a while for Lashmar to realise that there was no other side to these supposed phone  conversations.  It’s not hard to invent a source when nobody will ever prove that it doesn’t exist. During the Cold War the more perceptive elements of the UK news media lost any confidence in what the secret services had to say, as they were frequently manipulating reporters. Still that level of mistrust can be detrimental to the spread of objective information within society. Thus Lashmar, who spend many hours investigating the case, believes that MI5 had no prior knowledge concerning terrorist attacks in the London underground.  But pretty much all his colleagues implied the opposite, using what Lashmar found to be insufficient evidence. Whatever the misunderstandings, Lashmar thinks the media behave much more responsibly when it comes to national security than its counterparts in the secret services do when informing citizens. Lashmar particularly approves of the way Guardian editor Alan Rusbridger handled the Snowden files in the Guardian newspaper. According to him, the newspaper published just a fraction of what they got from a spy-whistleblower, and judging from the articles they went to great lengths not to disclose or imperil any agents working afield, in the Middle East or elsewhere. The Guardian was responsible whereas the guardians at the GCHQ – as anybody can attest after the Snowden files got published - once again proved they are not trustworthy, he says. Can there be an ethical approach to dealing with intelligence? – asks Lashmar. The question looms large.

Paul Lashmar, Brunel University, spoke at the Business and Practice of Journalism seminar on Wednesday 14th May 2014. 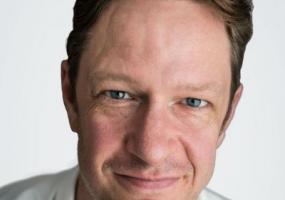 Lane Greene, language columnist and editor of the Economist's daily briefing, Espresso, on… 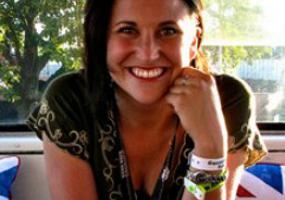 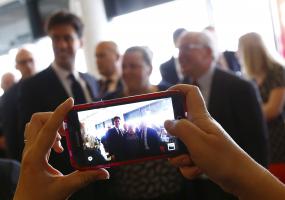 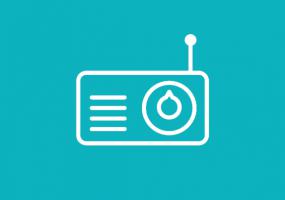