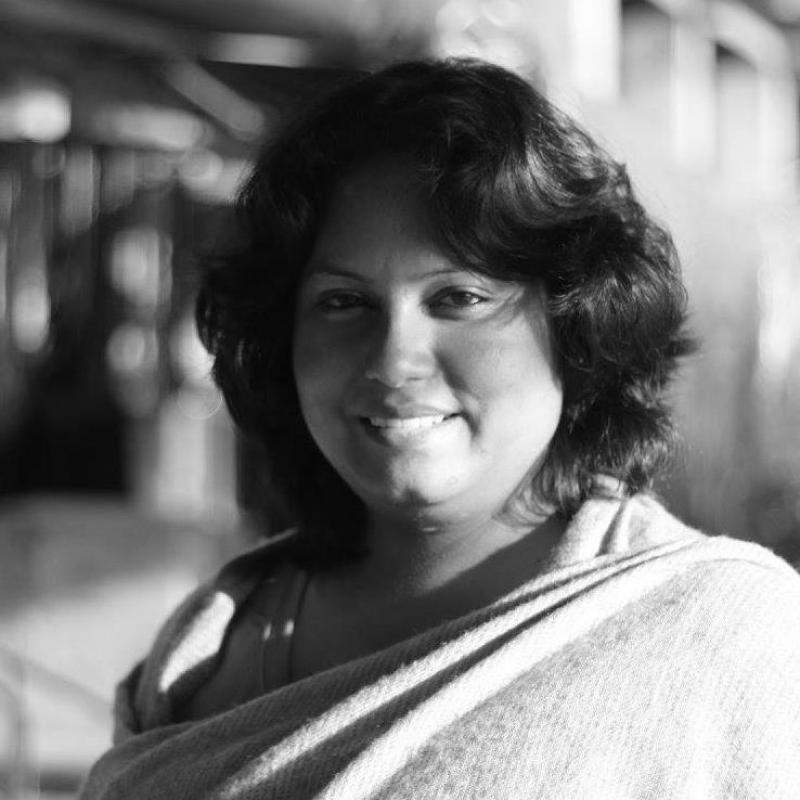 Soma Basu is an investigative journalist based in New Delhi, India. For over a decade, she has been covering issues of environmental justice and human rights in the subcontinent. She has achieved a number of prestigious journalist awards:

Disillusioned by political and corporate interference in mainstream newsrooms, she launched a non-profit media platform, reporteratlarge.org, for journalists to publish underreported investigative stories. She provides training to hyperlocal news platforms to improve the content and diversify media discourse.

In November 2017, Soma travelled alone and undercover from Addis Ababa to the last Ethiopian village before the South Sudan border, travelling 900 km in public transport, without any media visa or permit, nor organisational backup, and with limited funds. She reported on the human rights abuses in Ethiopia, one of the most dangerous countries for journalists.

Soma has completed three fellowships, co-written a book and written a movie script. Soma graduated with Bachelor of Arts from St Xavier’s College, Kolkata, and earned her postgraduate diploma in Journalism from the Indian Institute of Mass Communication, Dhenkanal.