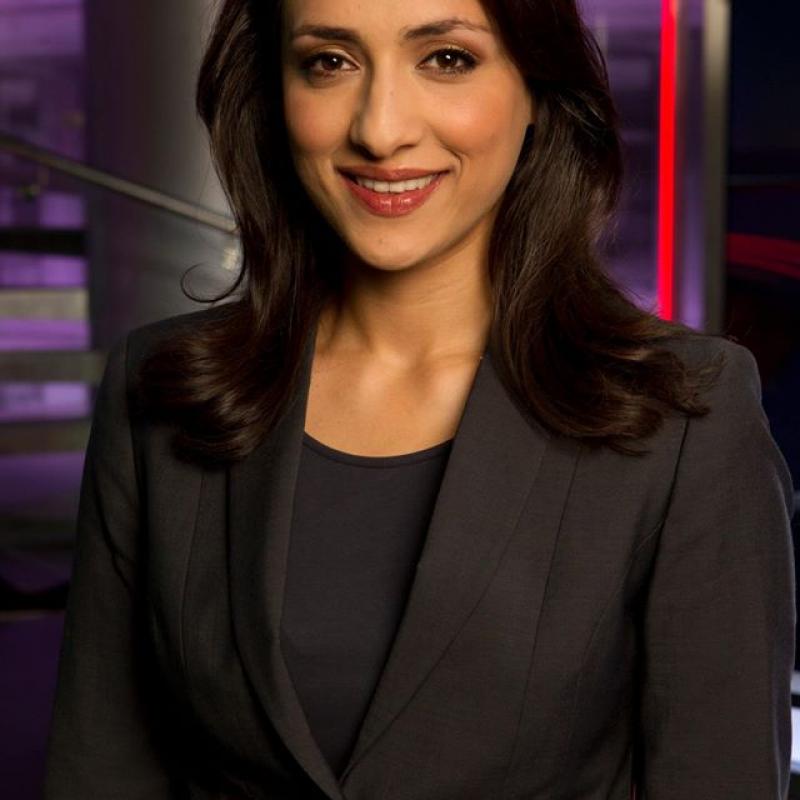 Mah-Rukh Ali is a Norwegian journalist based in Oslo and Bergen and works for the largest commercial TV channel in Norway, TV 2, as their main anchor for the prime evening news at 18:30 and 21:00. TV 2 News Norway is the leading commercial news provider, and the evening news shows gathers 700 000 – 800 000 viewers.

She has been a visible news personality on many events. Mah-Rukh did the debates and hosted the election programmes ahead of the parliamentary election in the fall of 2013 in Norway.

Previously Mah-Rukh worked several years for Norwegian Broadcasting Cooperation as a reporter in both domestic and international affairs for NRK´s main news broadcast. She has been sent to cover political turmoil in Pakistan and Afghanistan many times. In 2006 she was recruited to the competitive channel TV 2 when they launched the first news channel in Norway.

Mah-Rukh has been a news journalist for the past 15 years. She has worked for leading Norwegian newspapers such as Aftenposten and Dagbladet, and also as a reporter for radio in Norwegian Broadcasting Cooperation before working TV. She has been a columnist for the newspaper Klassekampen and Samora magazine. She became the first journalist with a foreign heritage to anchor news on national TV.

Mah-Rukh Ali holds a Master in International Studies and Diplomacy from SOAS London, a Bachelor in Journalism from Volda University College and a Bachelor Degree from Kinnaird College in Lahore.