Sherry Hsueh-Li Lee, editor of nonprofit news site ‘The Reporter’, reflects on how her journalists are reporting on Putin's war from afar 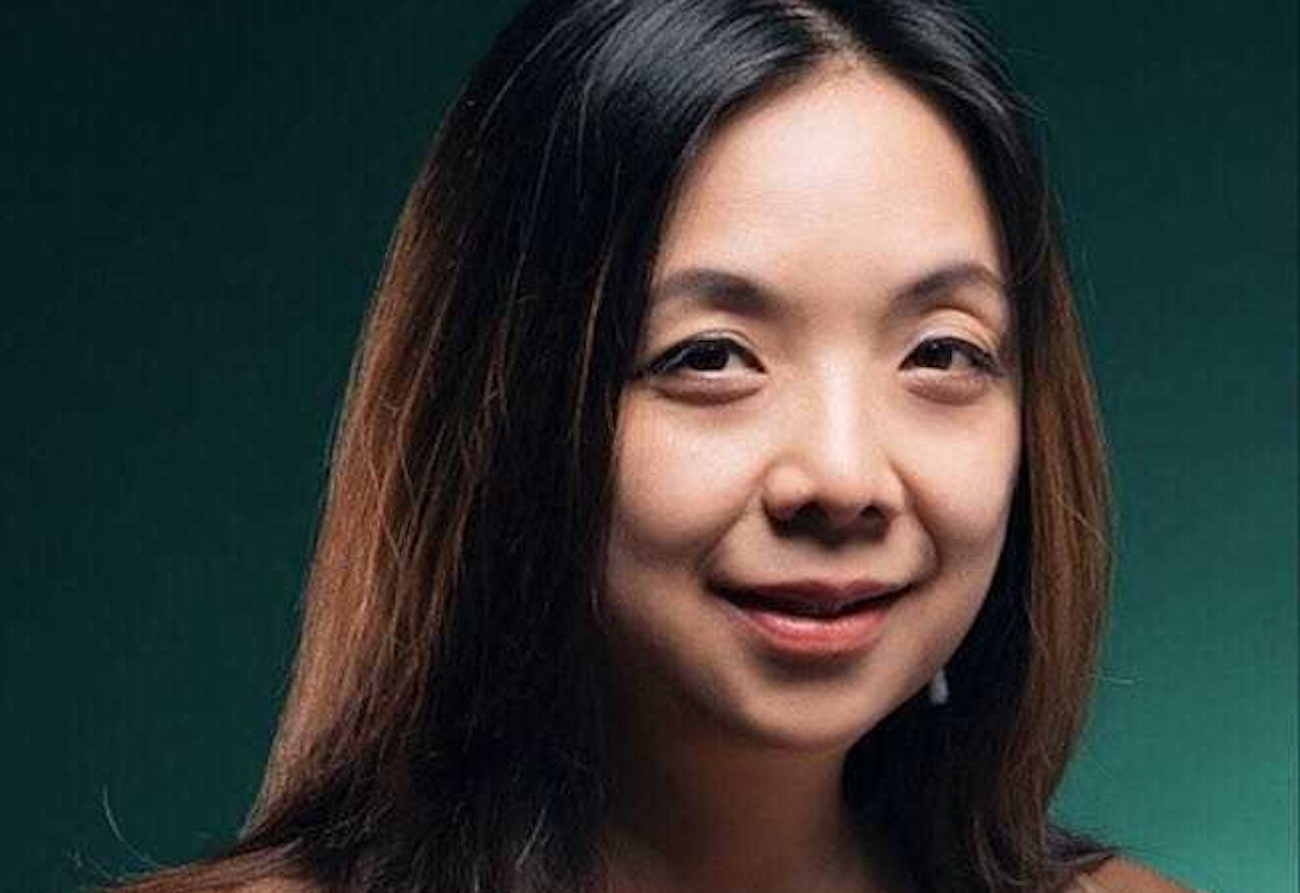 Sherry Hsueh-Li Lee is the editor-in-chief of The Reporter,Taiwan’s first non-profit media organisation. The Reporter focuses on in-depth reportage and investigative journalism and publishes its output on an open-source website. Lee endeavours to explore new possibilities and to facilitate more cross-border collaborations in investigative journalism. In the past three years, she has authored two award-winning books, Far Sea Fishery And Slavery At Sea (2017) and In Their Teens, In Their Ruin (2018). She's also edited Fiery Tides (2020), a book on Hong Kong’s Anti-extradition movement. In this interview, Lee discusses journalism in Taiwan and how it's been affected by the war in Ukraine.

Q. How is your outlet, and Taiwanese media more generally, covering the war in Ukraine?

A. Most Taiwanese started to notice what was happening in Ukraine in 2014, when Crimea was invaded and annexed by Russia. People in Taiwan instantly saw the parallels between Taiwan and Ukraine. We are both facing a formidable Goliath neighbouring our country. After the brutal crackdown of Hong Kong’s Anti-Extradition Law Movement in 2019, the anxiety over the existence of Taiwan as a free democracy shot over the roof.

Hence, when the Russian invasion broke out on 24 February, it immediately seized the heart of people in Taiwan. We can easily relate to the suffering and courage of the Ukrainian people. The Reporter has never sent journalists to a war zone before. But this time we felt the necessity to report on the ground. So we sent a team of three people to the border between Poland and Ukraine with bulletproof gear and a local fixer.

Things didn’t go as planned. Our team was rejected entry by the Ukrainian border control. Even with the approval of Ukrainian Defense Ministry, it is extremely difficult for Taiwanese media to get a visa to enter Ukraine at this moment because there are no diplomatic ties between Ukraine and Taiwan (Ukraine upholds the so-called “one China policy”.) So our team chose to stay at the border.

Q. What is the focus of your reporting?

A. Our team focuses on three aspects. First, the unfolding humanitarian crisis and the situation of refugees. Second, the division and tensions of Ukrainian domestic politics over the past two decades: both Ukraine and Taiwan are emerging democracies torn by diverse political and cultural identities, which makes us rather vulnerable to the information warfare and politico-economical pressure from our neighbouring giants. We are curious about Ukraine’s efforts to rebuild solidarity and the will to defend their democracy before and during the war. And third, we will report on how this war might reshape Europe’s political landscape.

Q. Has your news organisation published opinion pieces on how Ukraine and Taiwan are similar or dissimilar?

A. Since the war broke out, we published dozens of feature stories and opinion pieces about Ukraine. We see both similarities anf dissimilarities. Based on our writers’ observations, there are three similarities between Ukraine and Taiwan.

First, Ukraine and Taiwan are both emerging democracies with peace-loving free peoples. Ukraine broke away from the Soviet Union and became a sovereign country in 1991. The Ukrainian people embrace freedom and democracy, and they celebrate individualism, free speech and the right to vote. Taiwan lifted the martial law in 1989 and became fully democratised in 1996. Since then, people in Taiwan enjoy freedoms. Taiwan is even the first Asian country to legalise same-sex marriage.

Second, Ukraine and Taiwan both have the problem of divided national identities among their people. Ukraine is torn between Europe and Russia. China considers Taiwan as a breakaway province, but most of the Taiwanese people consider themselves Taiwanese rather than Chinese. According to a recent poll by the Institute of Sociology, Academia Sinica, more than 73% of Taiwanese respondents don’t consider the Chinese government as Taiwan’s friend.

Third, Ukraine and Taiwan both are under the constant military threat from its totalitarian neighbours. Ukraine is invaded by Russia, and Taiwan is constantly being harassed by the Chinese air force. Although there is not yet a single bullet fired, China has already launched a disinformation campaign in Taiwan, including circulating lots of misinformation regarding the Russian invasion. This kind of disinformation is written in Chinese and tailor-made for people susceptible to fake news. We can trace the source of these fake reports back to news outlets and content farms from China. For example, they often portray president Zelenskyy as a reckless comedian unfit for the job and they suggest that he should be blamed for unwisely provoking Russia.

Q. How do your readers respond to these issues?

A. Some see a cross-strait war imminent and inevitable and some hold a cautiously optimistic view, believing the geographic advantage of Taiwan would deter China from launching a first strike.  Even so, our readers agree on one thing: we should base our political judgments on facts and sound reasoning. This is the only way to avoid unwanted anxiety and conflicts.

Q. Taiwanese President Tsai Ing-wen's tough stance against China has earned her strong praise in international media. How do you balance it out with voices inside Taiwan who might not be supportive of her or her views?

A. President Tsai Ing-wen does have popular support in terms of defending the integrity and sovereignty of Taiwan. But she also has her critics regarding domestic issues. For example, people are upset about soaring housing prices, increasing social inequality, unstable power supply, and the lagging development of renewable energy. These issues occur in many other countries as well, but President Tsai is not immune from the blaming game.

As a news organisation, we do a lot of investigative reports on these issues, and it is our job to tell the truth and hold people in power accountable. Therefore, whether or not President Tsai is popular at home or abroad, it wouldn’t change our duty as truth-telling journalists.

Q. What does balance or objectivity mean in a place like Taiwan when it comes to writing about China or the US?

A. I think balance doesn’t mean putting the blame on both parties equally. That kind of neutrality is hypocritical and pernicious. When you witness the atrocities that the Chinese government inflict on its Uyghur people and dissidents, how can you stay neutral? Sure, we have standards of professionalism, and objectivity is one of them. But being objective is getting to the bottom of things and get all the facts and truth out.

Therefore, in the past few years, we did a lot of investigative reports on the so-called re-education camp in Xinjiang and how China cracked down on Hong Kong and on dissidents in the mainland. Likewise, we did a lot of reports on the populist politics and on the far-right movement in the US, and we are critical as well. We don’t consider The Reporter as anti-China or pro-America. We are anti-tyranny and pro-democracy. Unfortunately, this is not the norm in Taiwan. Taiwan’s media are as divided as the society itself. So there are pro-China/anti-America outlets as well as anti-China/ pro-America ones. Things are pretty much the same around the world. Taiwan is no exception.

Q. What do you think Taiwanese media can do to not increase Taiwanese anxiety about a probable war?

A. The most important thing we can do is to get back to facts. Facts can drive people’s whims and anxiety away. We can never exclude the possibility that China might attack and take over Taiwan by force, but it would also cost China dearly, both militarily and economically. Let’s not overlook the fact that Taiwan still has a very close tie with China, in terms of non-governmental activities. There are 350,000 Chinese spouses currently living in Taiwan, and 33.3% of Taiwan’s foreign direct investment still goes to China, according to 2020 data.

Taiwan also is one of the top 30 economies worldwide and is an indispensable part of the global supply chain. Should a war break out in the Taiwan Strait, the economic consequence will be catastrophic.

One hopes for the best, but a moderate anxiety will help the society prepare for the worst. The task of the news media is not sugarcoating an inconvenient truth. Our job is to bring verified facts through different perspectives to our readers. Decisions are theirs to make.