Grappling with the journalists' trilemma: how to rethink news impartiality today 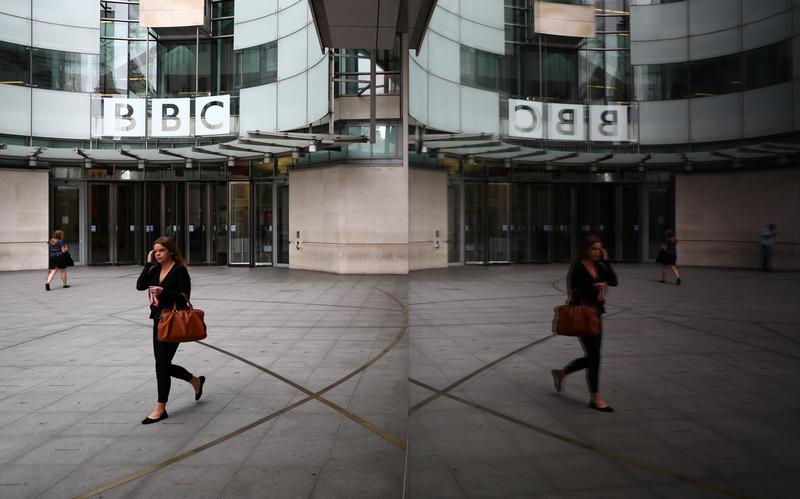 A woman is reflected as she passes the BBC's Broadcasting House. REUTERS/Neil Hall

This piece is a lightly edited version of the opening remarks of our Director Rasmus K. Nielsen at an event on impartiality hosted by the BBC and chaired by our Deputy Director Meera Selva.

What can audience research tell us about the public’s perception of issues around impartiality in news, about how citizens approach it, and about some of the choices news media organisations have to face – what I call the journalists’ trilemma?

Survey data from the Digital News Report 2021 shows that a clear majority of the UK public want news outlets to reflect a range of different views, and very few believe news outlets should argue for the views they think are the best.

When asked whether news outlets should give equal time to all sides, or give less time to sides they think have a weaker argument, again, a clear majority says “equal time”, and a small minority “less time.”

However, younger people, those between 18 to 24, and especially those who consider themselves left-wing politically, are far more likely to say there are some issues where it makes no sense for news outlets to try to be neutral.

These groups are not that prominent in most established news media, but compared to the general public, our data shows they are much more active on Twitter, and those who say they are on the left are much more likely to comment on a news story in a social network (e.g. Facebook).

This may help explain why the desire for greater moral clarity on some contentious issues may sometimes seem more widespread online than it is in the public at large.

Given the demographics and political leaning of those who say there are some issues where it makes no sense for news outlets to try to be neutral, it’s not surprising that the Guardian, a news organisation that has always been very clear and explicit about its commitment to liberal and progressive values, has significantly higher reach in this group than it has in the public at large.

But it is important to recognise that while news outlets face a choice about whether they will try to be neutral on every issue or want to take a more explicit stand on at least some of the issues that divide us (as the Guardian has done on both the climate issue and many social justice issues) and that many other British newspapers have taken this stand on other issues (including this country’s relation with the European Union), from the point of view of citizens, it is not either/or.

For example, the BBC, with its commitment to due impartiality (that to critics sometimes come across as collapsing into he-said-she-said coverage bordering on false balance), oversight by Ofcom, the most politically balanced online news audience in the UK, and a brand that is highly trusted across the political spectrum, including by many on the right, also has even higher reach among those who say it makes no sense for news outlets to try to be neutral than it has in the public at large.

The BBC, and other brands such as ITV (also overseen by Ofcom) or for that matter Reuters (with its commitment to the Trust Principles), doesn’t give those who want moral clarity on divisive issues everything they might want from a news outlet, but it clearly gives them something they value.

Similarly, outlets that are very explicit about their position, including not only the Guardian but also for example the Daily Mail, of course have significant reach also among those who say they believe news outlets should be neutral on every issue.

Again, these more full-throated outlets may not give people everything they want, but they clearly give many something they value.

Where does that leave us?

From the point of view of citizens, while a minority that is more active than most on social media thinks differently, the majority of the UK public say they want news outlets to be neutral on every issue.

But whether any one individual citizen believes this or not, in a diverse and high-choice media environment, people can easily have their cake and eat it too, use both outlets that try to be neutral and those that take a stance. And indeed many people do. Impartial outlets serve many who want moral clarity, and many who want neutrality also use outlets that take a stance. There is room for, and public appetite for, different approaches.

From the point of view of news outlets, however, I think these research findings suggest there is a choice to be made, a trade-off I think of as “the journalists’ trilemma”, where one might in principle want to combine a foundational commitment to, first, seeking truth and reporting it with, second, a desire to serve the whole public in an impartial fashion, and, third, moral clarity on important but often divisive issues – but where one, in practice, will have to engage in trade-offs between the latter two. 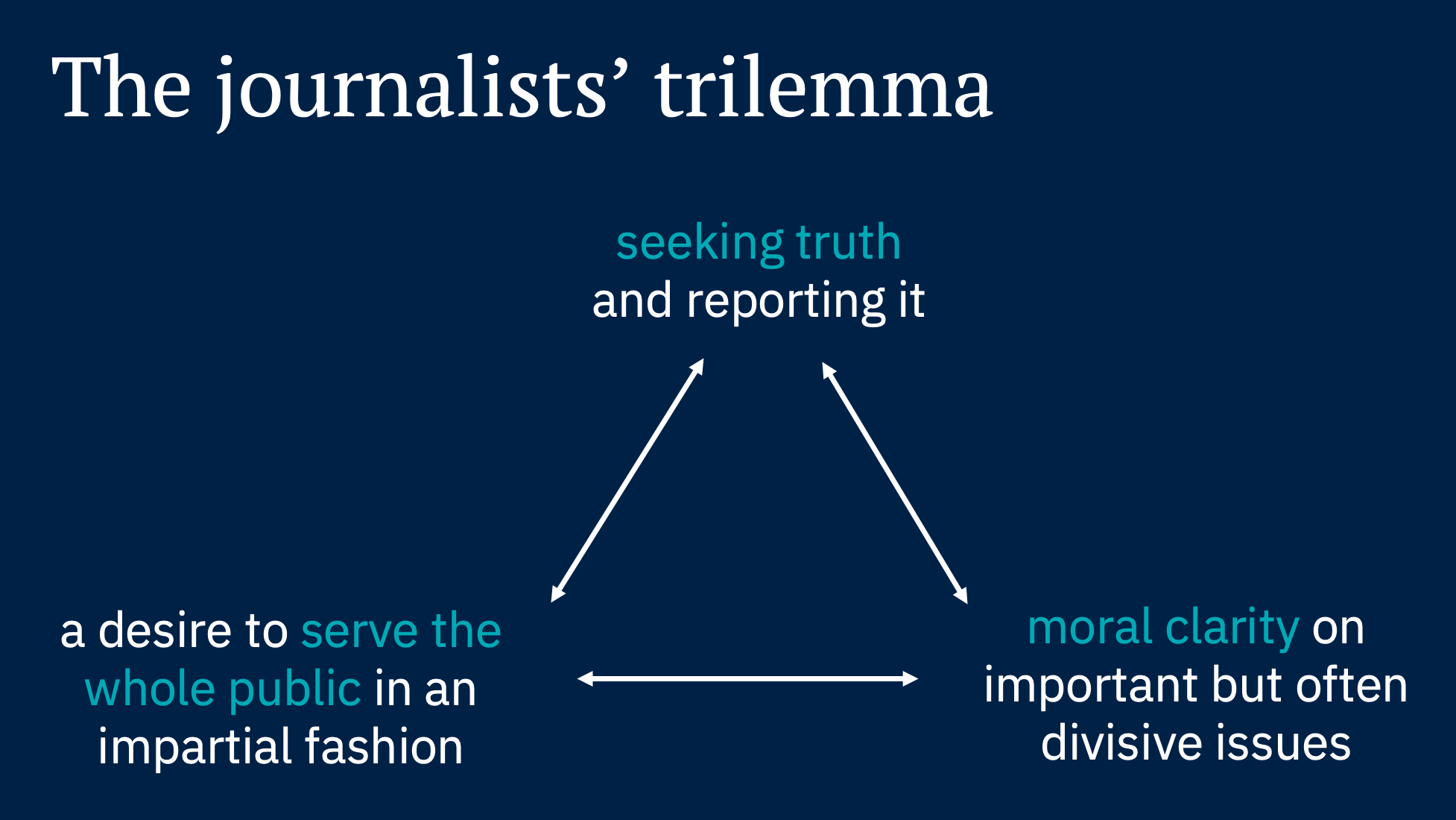 In irreducibly diverse and disputatious societies where we often disagree, and where all of us have access to many different voices and points of view, it is hard to see how any one news outlet can simultaneously take a clear stance on the issues that divide us and at the same time effectively seek to serve everybody in an impartial way.

This does not mean that any one choice on how to approach this is inherently superior, or that every organisation ought to make the same choice.

But I think they have to choose.