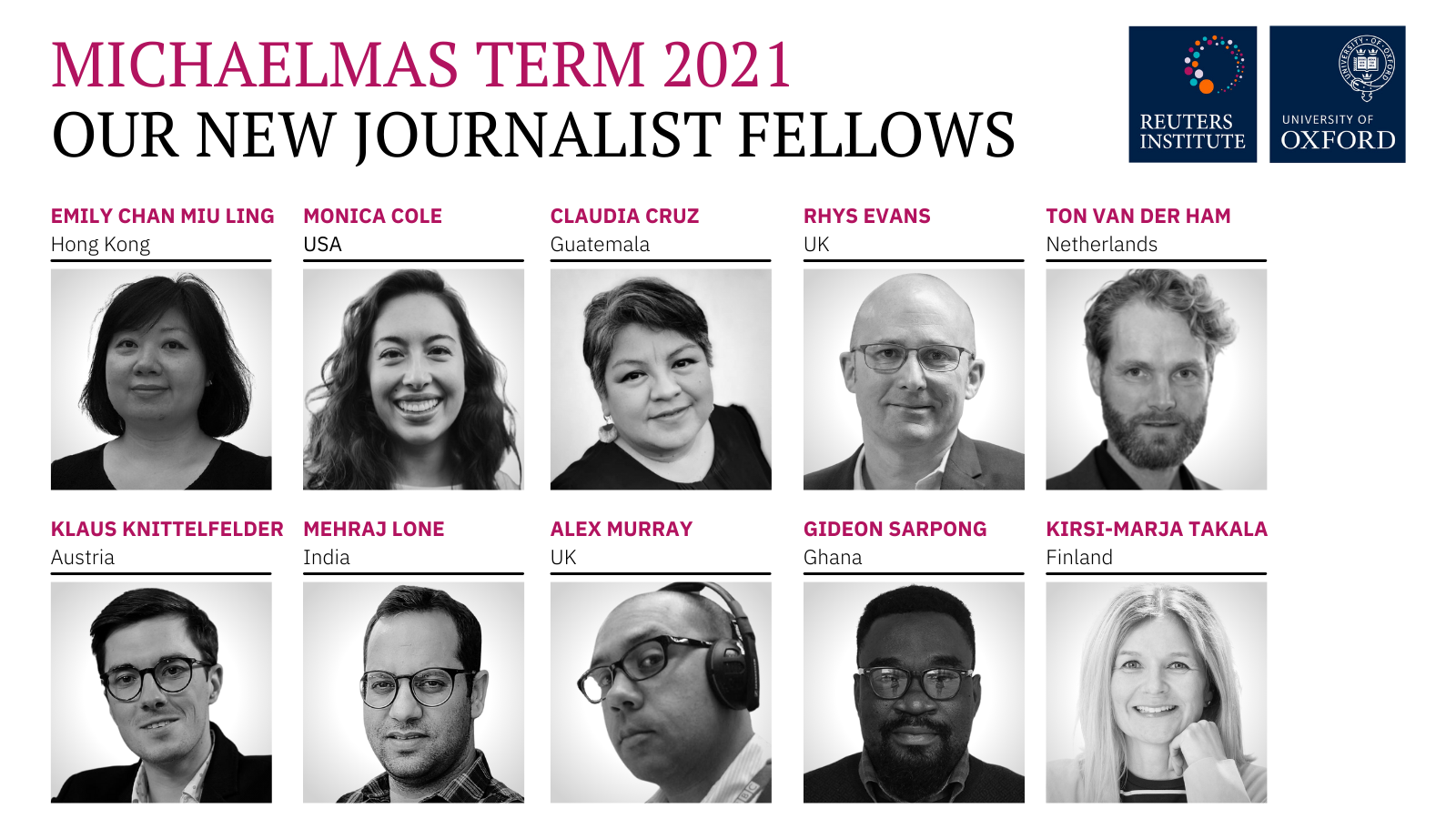 Ten journalists from around the world are beginning their Journalist Fellowship at the Reuters Institute in October 2021. During their time in Oxford, they will explore the future of journalism through seminars, networking, a personal project of relevance to them, and most importantly through learning from one another's experiences, challenges and strategies to solve them. Find out more about each of our new Journalist Fellows below.

Monica Cole is a bilingual multimedia journalist. She holds a master's degree in journalism from Columbia University and a bachelor's degree in women's studies from the University of Michigan. Prior to becoming a journalist Monica worked in business, education and community development in the U.S. and Mexico.

Claudia Cruz is a product manager with more than 20 years working at the intersection between technology and journalism. She is a digital leader of several key journalistic projects in the country including Prensa Libre, elPeriódico, Revista ContraPoder and Diario Digital. Along with my peers at Prensa Libre she became a Facebook Accelerator 2020 and Google News Initiative 2021 grantee. She is passionate about analytics and visualisations and is involved in storytelling using a variety of media. Recently, she developed an interest in business models stemming from the launch of Prensa Libre's first digital paid subscription.

Project topic: What does a successful media business look like in Central America?

Rhys is responsible for strategy, policy and editorial issues at BBC Wales. His responsibilities have encompassed the BBC Charter Review, digital archive modernisation and newsroom change. Rhys is also responsible for public affairs, which includes managing the BBC's relationship with the Welsh Parliament and politicians in Cardiff Bay and Westminster. He has worked as a journalist and a senior news leader for many years, specialising in political output. Rhys has also published widely on contemporary Welsh and British political history.

Ton is a reporter/director at Zembla, a leading editorial outfit in investigative journalism in the Netherlands. He focuses on unveiling and analysing systemic issues through visually-appealing storytelling. His inquiries have led to important scoops and prestigious awards and nominations. His research into the consequences of intensive farming for more than ten years, for example, exposed how poorly citizens are protected against the risks of pesticides. His research into the government failure to combat the Q fever epidemic was awarded the most important journalistic prize in the Netherlands, while his investigation into the Dutch healthcare system and the culture of fear amongst medical professionals led to his nomination for journalist of the year in 2016. Other work nominated for awards were the documentaries about the 'Monsanto Method' and the financial arrangements of the Dutch royal family. In 2013, he wrote a book about the way in which occupational health and safety companies target sick employees.

Project topic: To what extent does contemporary government communication lead to more mistrust and cynicism and what role does journalism play in this?

Klaus is responsible for domestic politics at Austrian daily Kronen Zeitung and is one of a number of editors working on digitalisation processes. Before working for Kronen Zeitung in 2018, he was a political editor for two other daily newspapers in Austria, Kleine Zeitung and Kurier. In 2020 he wrote a book about the working methods and inner circle of Austrian chancellor Sebastian Kurz. Klaus has a bachelor's degree in journalism and a master's degree in media management focusing on the digitalisation of political communication.

Project topic: Fare well, gatekeeper? The digital return of partisan papers and what it means for established media.

Mehraj Lone is a journalist from Kashmir who writes, edits and podcasts for Newslaundry, a subscriber-funded independent digital news organisation. He previously worked for the daily Indian Express, the magazine India Today, and the news website Scroll.

Alex is a broadcast journalist at the BBC who is involved in pioneering open source and user generated content at BBC News. His recent work in this area has seen him managing COVID-19 case studies.

Project topic: How can news providers, as a public service, give contributors a positive experience when talking about traumatic grief?

Gideon is a policy analyst and media practitioner with nearly a decade of experience in policy, data and investigative journalism. He is a co-founder of iWatch Africa where he is currently the Director of Policy and News. He is an alumnus of the Young African Leaders Initiative (YALI), Thomson Reuters Foundation, Free Press Unlimited and Bloomberg Data for Health Initiative. Gideon is a 2020/21 Policy Leader Fellow at the European University Institute, School of Transnational Governance in Florence, Italy and a Ghana Hub Lead for the Sustainable Ocean Alliance. He is also a 2020/21 Open Internet for Democracy Leader at the Center for International Media Assistance and the National Democratic Institute in Washington, DC and believes in promoting a safe, secure and inclusive digital ecosystem.

Kirsi-Marja Takala is a production manager who creates and produces podcasts for Bauer Media's listeners and customers. She is interested in using on-demand audio for inspiring, teaching, entertaining and informing people.

Project topic: The monetisation of podcasts. 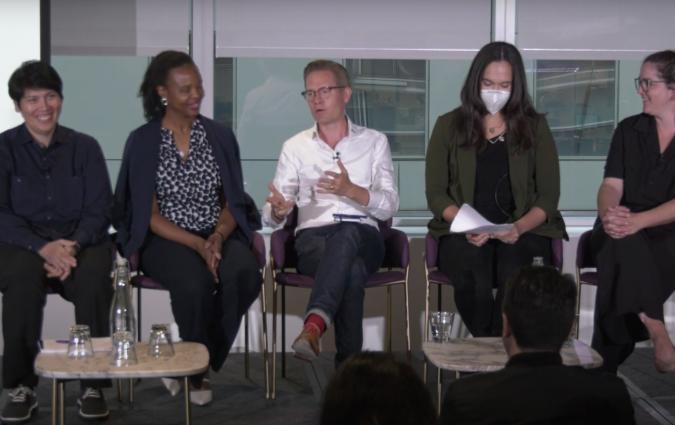