The role of news in social media has reached an inflection point as a result of fears about misinformation and privacy, as well as content clutter and declining relevance. Facebook’s well publicised troubles have led to a significant decline in use for news with other networks picking up the slack. These are some of the conclusions of a new report from Kantar Media and the Reuters Institute for the Study of Journalism.

The qualitative study was commissioned to support the 2018 Digital News Report and is being published in full for the first time. The project covered four countries – Brazil (BR), Germany (DE), the United Kingdom (UK) and the United States (US). The markets were selected to cover a range of levels of usage of Facebook and messaging apps for news, potentially differing attitudes towards privacy, and a mix of English- and non-English-speaking countries.

The aim of the research was to provide a qualitative exploration of consumer behaviour, attitudes and motivations surrounding news consumption in social networks and messaging apps, and the pivot away from news in Facebook.

More specifically, the main objectives were to:

Instagram and messaging apps are becoming more relevant for news

Many apps are benefiting from Facebook's well publicised problems. Young people in particular are spending more time on Instagram and Snapchat. As messaging apps such as Facebook Messenger and WhatsApp grow in popularity, they are increasingly being used to share and discuss news, away from the toxicity of political debate that threatens more open spaces. Respondents suggest that they provide an antidote to the problems that arise when engaging with news in Facebook. Yet, as news expands across platforms, messaging apps might also, in turn, become vulnerable to the problems of misinformation that have besieged Facebook.

Publishers may be benefitting from Facebook’s woes

The report suggests that the news industry is beginning to see renewed consumer trust in established news brands over news in distributed platforms. Yet, the challenge for publishers is to determine how to connect with audiences as they continue their shift from open to closed platforms, while developing value propositions that are financially viable. At the same time, established news brands could help stave off the contagion of misinformation spreading to closed platforms such as WhatsApp. 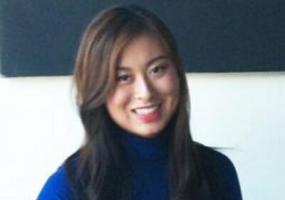 How The Economist uses newsletters to drive engagement and subscription 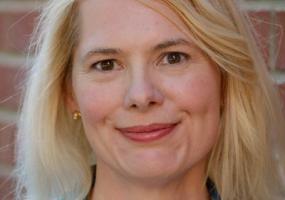 Networked solidarity in the age of Trump 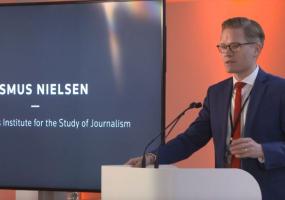 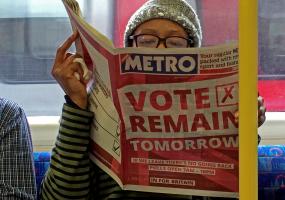