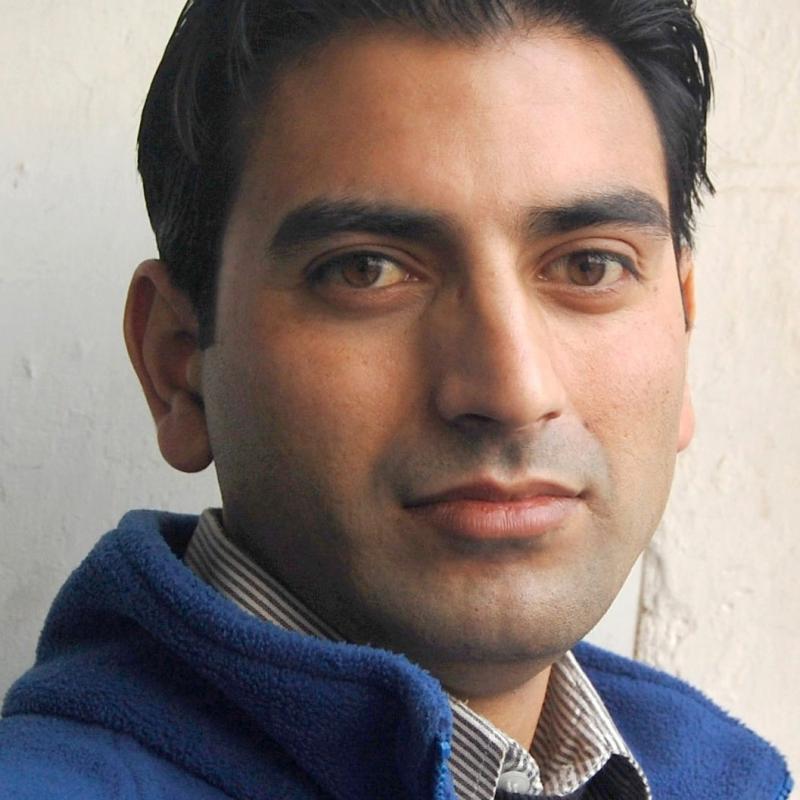 Wasim Khalid was born in Srinagar, summer capital of Indian Administered Kashmir. He got his schooling in Srinagar during the tumultuous 1990s - the era when the armed insurgency broke out in Kashmir against the Indian rule. After completing high school, he went to Sri-Pratap College from where he earned his Bachelors degree in Earth and Human Sciences. Later he enrolled at the Kashmir University to get a Masters Degree in Mass Communication and Journalism from the Department of Media Education Research Centre (MERC).

Along with his education, Mr Raja worked as a trainee reporter for the leading Indian newspaper, The Indian Express. During his stint there, he covered the South Asia earth Quake of 2005, and worked extensively on health and conflict related stories. He did a special investigative story on drug addiction in Kashmir which earned him praise. He later joined the local Rising Kashmir Newspaper and worked as a senior reporter to cover beats including defence, crime, politics, environment and human rights. He also worked for the Kashmir’s leading newspaper, Greater Kashmir. His stories pertaining to human rights, in particular on arbitrary detentions, were well received. He wrote for Radio Netherlands Worldwide's online edition as a freelancer and also wrote for the New-Delhi based, Hard News magazine, covering human rights stories. He later moved to Delhi, the capital of India, covering South Asia for the gulf based Kuwait News Agency.  His job mainly involved covering foreign affairs, environment, politics, and defence related issues. He also worked as a special correspondent for the Rising Kashmir Newspaper from New Delhi during which he wrote long reports about communal riots in India’s northern state of Uttar Pradesh. Following his stint in Delhi, he moved to Kashmir working as a freelancer for Al Jazeera online. He also joined Kashmir Reader as a special correspondent covering politics and defence. He had written for the Caravan Magazine online, Kashmir Life, and web portals like Kashmir Dispatch and Autintmail.com.

Mr Raja had a brief stint with TV. He worked with CNN IBN TV news channel for a short duration on its desk besides working as a researcher for a documentary film, Inshallah Football and Mobile - a necessary nuisance.