Ville Seuri is an assistant chief subeditor for the newspaper Helsingin Sanomat and is a visiting fellow at the Reuters Institute for Journalism 2015–2016.

Seuri currently works for the Finnish newspaper Helsingin Sanomat, where as one of three assistant chief subeditors, he leads a team of subeditors and layout designers in composing the news sections for the daily paper. His responsibilities include editing the newspapers’ front page, helping the subeditors write good copy, and deciding how the newsroom reacts to news that breaks late in the evening.

Seuri began his career in journalism as a reporter for the Kuopio-based newspaper Savon Sanomat, where he also freelanced as a literary critic. He moved to Helsingin Sanomat in 2008 and has since held several posts with the paper. From the year 2010 he has been working as an editor, first at the city desk and later as chief editor for domestic news.

In January 2014 Helsingin Sanomat established a professional copy editing team as the first newspaper in Finland, and Seuri was invited to be one of its three assistant chief subeditors.

Seuri has also worked as a staff writer for the respected student magazine Ylioppilaslehti and freelanced for various Finnish publications, including lifestyle magazines, newspapers, and a magazine for DIY homebuilders.

He holds a Bachelor for Social Sciences degree from the University of Tampere and has attended several management courses. 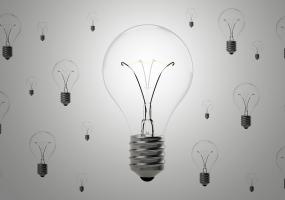 How to Lead Innovation and Still Keep the Newsroom Working