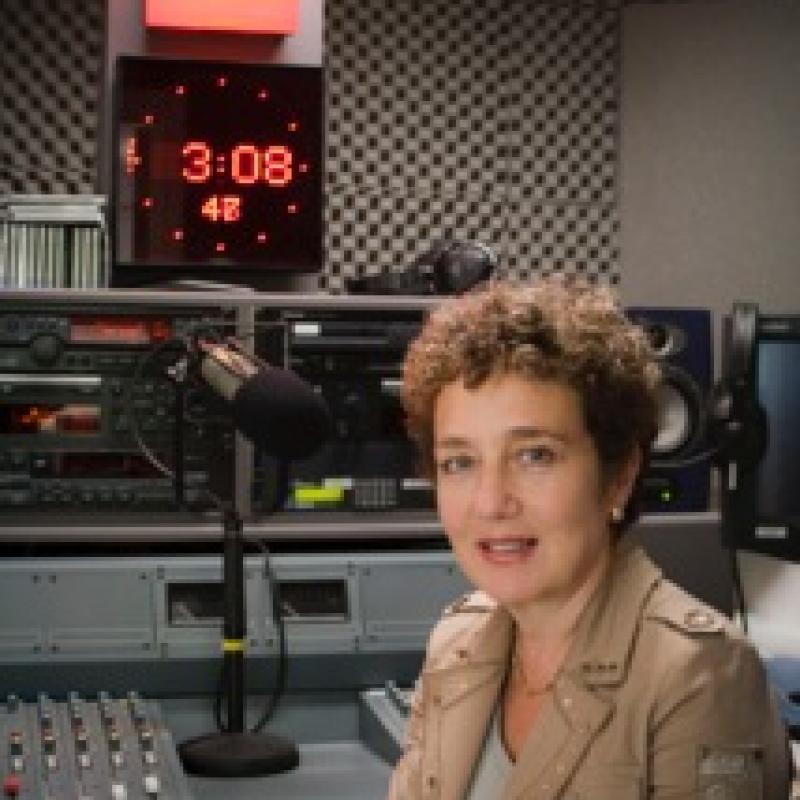 Suzanne Franks read PPE at Oxford and spent a year as a Kennedy Scholar at Harvard University. She joined BBC Television as a graduate trainee and most of her career at the BBC was in news and current affairs,  producing programmes such as Newsnight, Panorama and The Money Programme.  She left to found an independent production company and made a range of programmes for Channel 4 and other broadcasters, including several films about Africa. The company was awarded the contract for televising Parliament and Suzanne became the executive producer for the coverage from both the House of Commons and Lords.  The company also developed a webcasting business, including a weekly webcast from 10 Downing Street. In 2004 the company was sold and Suzanne embarked upon a Phd with funding from the AHRC. She completed her Phd about the BBC reporting of the Ethiopian Famine in 2007. In 2008 Suzanne was appointed the first research director at the Centre for Journalism at the University of Kent. She moved in 2012 to City University London where she took up a Chair in Journalism. She heads the undergraduate programme and supervises Phd students as well as writing and researching, principally about international news. Her work has appeared in a range of academic journals and her most recent books are Reporting Disasters. Famine, Aid, Politics and the Media  (Hurst/OUP) and Women and Journalism, (RISJ/ I.B.Tauris).  Suzanne has lectured extensively both in the UK and overseas. In 2014 she had an Erasmus Mundus fellowship at Berkeley. She still broadcasts occasionally and blogs for several websites, such as The Conversation, Guardian Development Network and the BBC Academy. Suzanne is also the co-author of a bestselling guide to parenting teenagers. Get Out of My Life, But First Take Me and Alex into Town.Whilst at RISJ Suzanne’s principal focus is completing an edited volume on the reporting of Africa for Routledge. ‘Africa’s Media Image in the Twenty First Century. From Heart of Darkness to Africa Rising’ She is also working on projects relating to the changing nature of the BBC Overseas Monitoring Service and the development of Hyperlocal News sites by Journalism students. @suzannehfranks