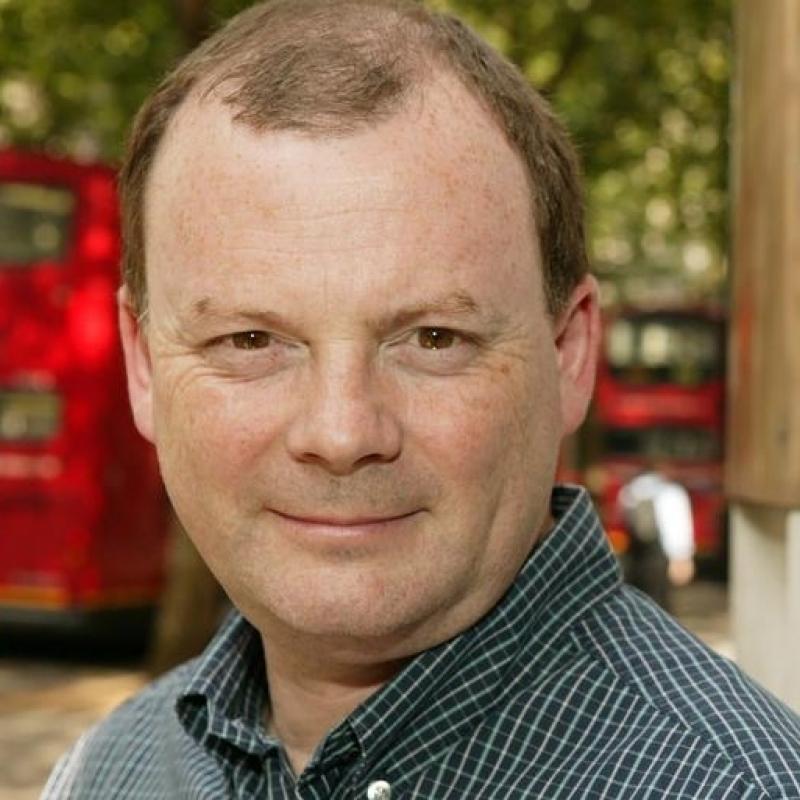 Richard Sambrook is a Senior Research Associate at the Reuters Institute and Professor of Journalism, Deputy Head of School and Director of the Centre for Journalism at Cardiff University.

He was Director of the BBC's Global News division, responsible for leading the BBC's international news services across radio, television and new media.

Over the last 5 years he has overseen the launch of 24 hour Arabic TV News, Persian TV and the development of interactive and online news services.

His particular interests are in international news and newsgathering, and in social media. His research interests include analyzing how professional and social media can complement each other. He has also played a leading role in protecting and lobbying for the safety of journalists around the world.

Previously as Director of BBC News from 2001 to 2004, Richard led the world’s biggest broadcast news operation. He was instrumental in establishing the BBC's 24 hour news channels and internet sites, live satellite newsgathering and broadcasting and the BBC’s extensive network of overseas bureaux.

He was at the centre of the argument between the BBC and the British Government over the presentation of intelligence on WMD in the run-up to the 2003 Iraq War.

During his career in BBC News, Richard has worked as a producer and programme editor on the BBC's national TV news programmes.

He was senior producer and deputy editor of the Nine O'Clock News during which time he worked on location in the Far East, Middle East, Europe, Russia and the United States and helped produce campaign coverage for three General Elections. Subsequently he led the BBC's Newsgathering operations around the world.

He also produced the BBC's news coverage of the collapse of the Berlin Wall in 1989 and co-ordinated the coverage of the war in Bosnia. Richard's first job with the BBC was in 1980 as a sub-editor in the radio newsroom. He left the BBC in April 2010 after 30 years. His career began as a trainee journalist with Thomson Regional Newspapers between 1977 and 1980 when he worked with Celtic Press in the Welsh Valleys and the South Wales Echo.

Born in Canterbury on 24 April 1956, Richard was educated at Oakwood Grammar School in Maidstone, Kent, and then Reading University where he obtained a BA in English. He also completed an MSc in Politics at Birkbeck College, London University.

Delivering Trust: Impartiality and Objectivity in the Digital Age

The Public Appetite for Foreign News on TV and Online