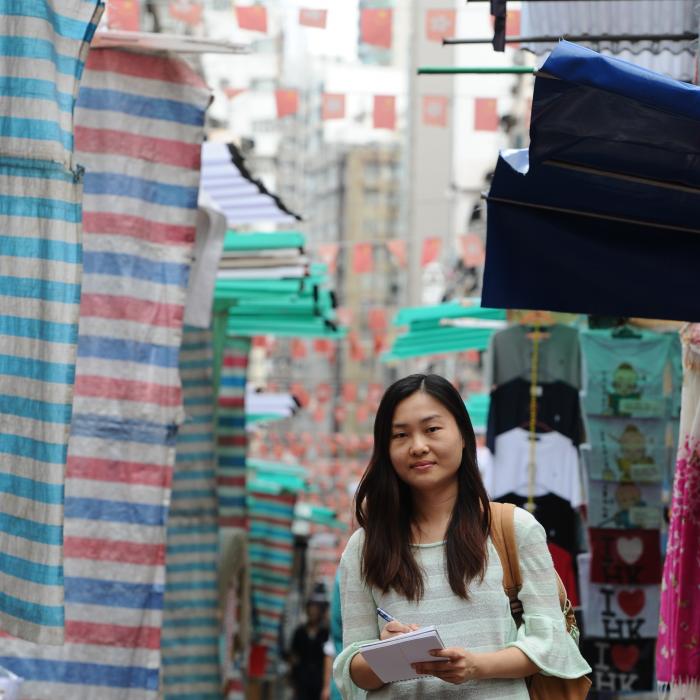 “Clarice” Pik Shan Pang has been a journalist for around 10 years, and is currently a senior reporter at the Apple Daily, a pro-democracy newspaper with one of the largest readerships in Hong Kong. Responsible for investigative stories, she covers in city crime, including the notorious Erwiana abuse case and the “squatting” on government land in urban areas by a former government official. After obtaining a BA in Chinese Journalism at Hong Kong Baptist University (2006), Clarice started her career as a journalist in 2006 on the MingPao newspaper’s general desk, covering a broad range of social topics, followed by time at iMoney magazine, focused on economic development topics such as stock market, real-estate and luxury in mainland China.

Clarice is an award-wining journalist. Her first award-winning story, “2nd Anniversary of the Sichuan Province Earthquake Series,” published in MingPao Newspaper, won her the 15th Human Rights Press Award (Chinese Language News Prize) and the 2nd Annual Kam Yiu Yu Press Freedom Award in 2011. She hopes the report will serve as a reminder that better building for earthquakes can save lives and money. Her current motto is: “Speaking truth to power”.