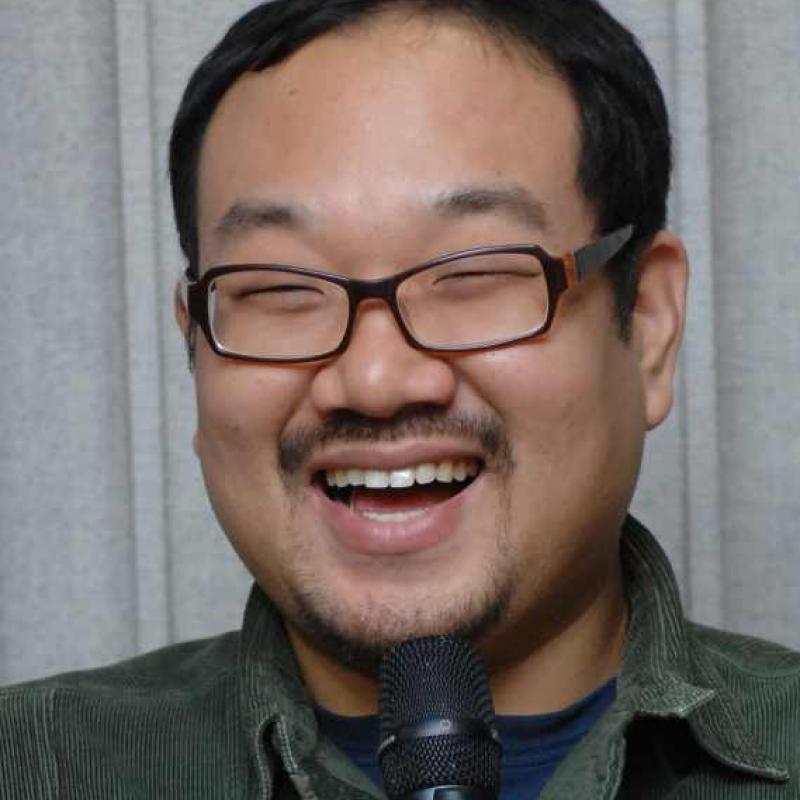 Jisun Youm is a KBS television producer with some acclaim in the arena of Korea food. He has been awarded the 2009 Peabody award for the production Noodleroad, a six-part documentary series on the history and cultural impact of noodles around the world. He continued on to make several documentaries and TV programmes on food related topics.

During his career of 13 years in the television profession, he has both directed and produced programmes on current affairs, youth, children, documentary, entertainment and culture. Throughout the diverse genres, Youm’s focus always lay on food. He dealt with sanitation issues on the Korean Big Four fast food restaurants in Consumer Reports, which led to extensive reform in the industry’s procedures. In 100 Years’ Soup Wars, a documentary on the discovery of umami taste and the invention of MSG, he exposed how much contemporary Korean food is influenced by MSG and the complex historical context behind it, leading all the way back to the Imperial Japan colonial days.

In wanting to share his documentary expertise, Youm collaborated with ABU, Asian-Pacific Broadcasting Union, and held two documentary workshops with young television producers in Beijing and Kuala Lumpur on the year 2010. He also participated as a juror on the Youth and Welfare category at the 2010 Japan Prize (International contest for educational media, hosted by NHK).

In the age of mobile, where everything is short and fun, Youm believes that the public interest in documentaries is dying. So he is trying out different approaches to reach the viewers. At the Reuters Institute for the Study of Journalism, he seeks to find the link that will connect the TV viewers and online content consumers in the subject of food.

Before joining the fellowship at RISJ, Youm produced the Korean version of the much-famed British reality show, Gogglebox, He earned the B.A. in Anthropology from Seoul National University, Seoul, South Korea.