Cristina Marconi is an Italian freelance journalist. She has been working as a regular contributor from Brussels for the newspapers Il Messaggero and Il Mattino since 2007. Her main focus has always been on economic and financial affairs, either from a European perspective during her years in Brussels, or from a national point of view while working in Rome, her hometown.Despite having been kept very busy covering the current debt crisis from the very outset, she has never lost sight of, nor enthusiasm for, other important international issues; covering everything from the Nato military operation in Libya to the paedophilia scandal in the Belgian Church, and even the News of the World case in the UK. More recently, she has started venturing out into less familiar territory, such as the world of fashion, and has even written feature articles for the style supplement of Il Messaggero. She has been invited frequently for interviews and analysis of European affairs on Radio 3 (Italy) and Radio Radio, and has contributed to current affairs programmes on Italian and French television. A graduate in Philosophy from the Scuola Normale Superiore of Pisa, where she studied from 1997 to 2000, she was a visiting student at the Ecole normale supérieure in Paris from 2000-2001. After submitting her dissertation on Michel Foucault, she took her first steps as a journalist in 2002, working at the economic and financial desk of the Italian newswire Ap.Biscom, now TMNews. In 2010 she started freelancing, covering everyday European affairs for the two Italian newspapers mentioned above and writing occasionally for a number of international publications, including European Voice and Europolitique. 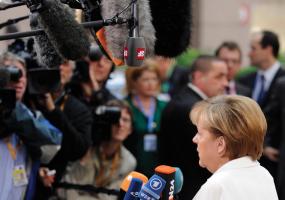 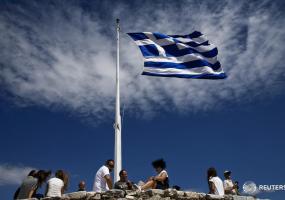 Does the Watchdog Bark? The European Union, the Greek Debt Crisis and the Press