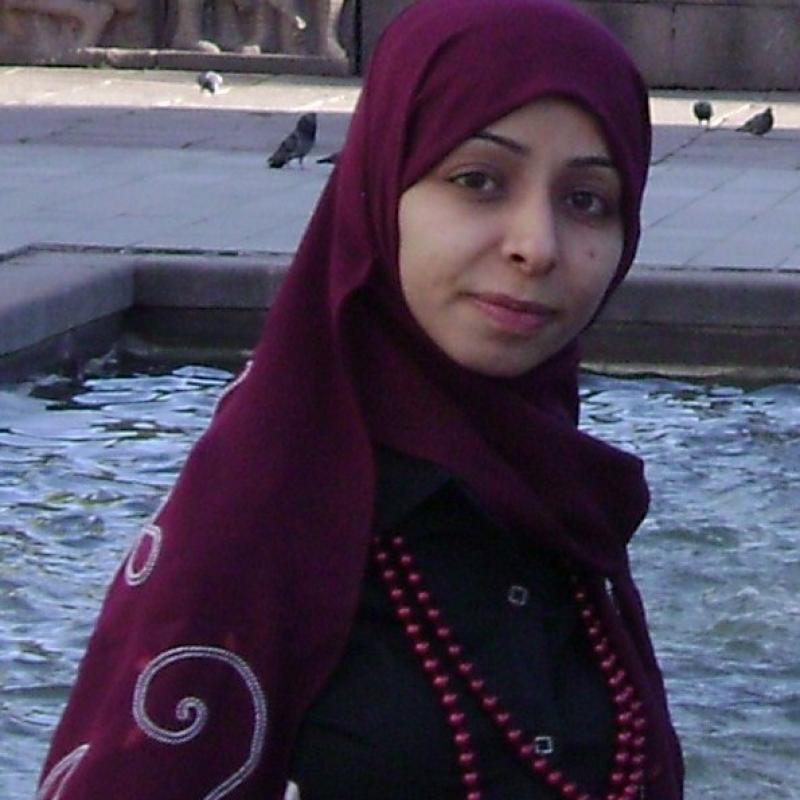 Ms Al-Ariqi received her B.A. in the English language from the Faculty of Languages at Sana’a University in 2003.  She has participated in a one month course in Business English through the Youth Economic Development Initiative, a BBC Introduction to Journalism online course, HIV/AIDS awareness training course organised by Reuters in Cairo, Egypt and an exchange visit to Annahar newspaper in Beirut, Lebanon.Ms Al-Ariqi joined the Yemen Times Establishment for Printing and Press in 2003 working as a freelance translator. After two weeks of translation she was given the chance to become a reporter-in-training, and then she worked as the editor of the Health and Environment page in the newspapr. Five years later she is the managing editor of the Yemen Times. Besides the health and environment topics, Ms Al-Ariqi has covered many stories regarding the African immigrants to Yemen. She has been awarded the Best News Report in the Alfred Friendly and Daniel Pearl Foundations training course. While at Oxford Ms. Al-Ariqi will ask the question of whether or not the Arab mass media is able to give a global - not merely Arab - perspective on the news with a view to helping her to mould the Yemen Times into a higher quality newspaper.

Middle Eastern Women in the Media: A Battle Against Stereotypes