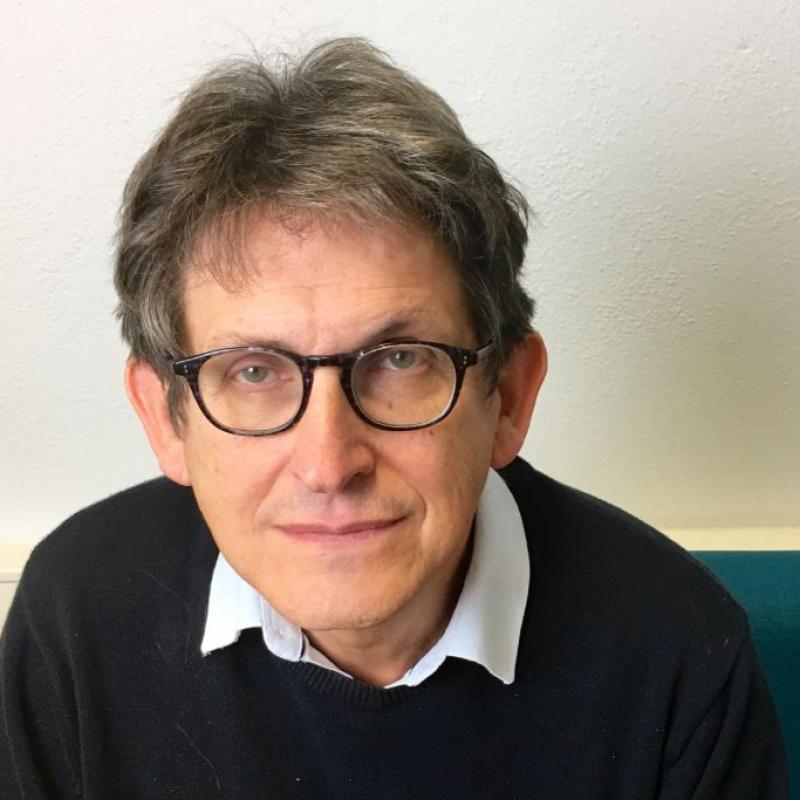 Alan Rusbridger is the Chair of the RISJ's Steering Committee.

Alan was editor-in-chief of Guardian News & Media from 1995 – 2015 and is now the editor of Prospect. He was also previously the Principal of Lady Margaret Hall at the University of Oxford.

Rusbridger's career began on the Cambridge Evening News, where he trained as a reporter before first joining the Guardian in 1979.

Born in Zambia, he graduated from Magdalene College Cambridge University with a degree in English in 1976. He was a visiting fellow at Nuffield College, Oxford and is a visiting professor of history at Queen Mary's College, London and Cardiff University. He has honorary doctorates from Lincoln, Oslo and Kingston Universities.

A keen amateur pianist and clarinettist, Rusbridger has been chair of the National Youth Orchestra of Great Britain and the Photographers' Gallery in London.

He is the author of three children's books, published by Penguin. He was the co-author, with Ronan Bennett, of the two-part BBC One drama, Fields of Gold. Additionally, he has written a full-length animation film script and a play about Beethoven.

His book Breaking News: The Remaking of Journalism and Why it Matters Now documents his decades working in the news industry while it went through a period of immense change.

Alan is a member of the Oversight Board, which Facebook has created to review a selected number of highly emblematic content moderation cases. The Oversight Board has its own charter and staff and is funded by an independent trust.