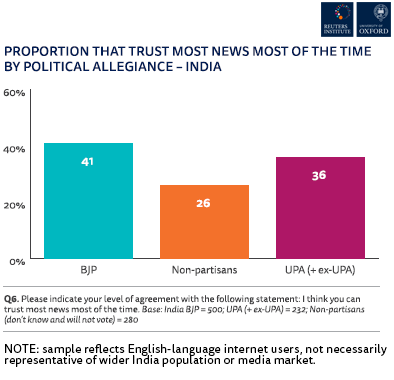 Millions of people across India will begin electing representatives to the national parliament this week in the first of seven stages of voting. As with all nationally-important decisions, discussions about the prospects and appeal of the different parties and political leaders will take place in homes, communities and, of course, the media.

According to our India Digital News Report which surveyed English-speaking people who access news online, a clear gulf exists between political allegiance and trust in the media. The biggest gap, however, is between those who align themselves with one of the main political parties or blocs and those who follow no party at all.

Barely a quarter (26%) of those with no political allegiance express trust in most news most of the time. By contrast 41% of BJP voters in our survey say they trust the news, with 36% of those who vote for parties in, or recently in, the opposition UPA also trusting most news most of the time. This pattern differs from other countries, where those on opposite ends of the political spectrum show divergent levels of overall trust. Our report suggests that across India, among non-aligned voters, there is ‘some discontent with the perceived relations between much of the political establishment and the news media covering it.’

This trend plays out at the brand level too where non-partisans have a lower level of trust of individual news outlets than voters of both the BJP and UPA-affiliated parties, though the differences are smaller than, for example, the United States. 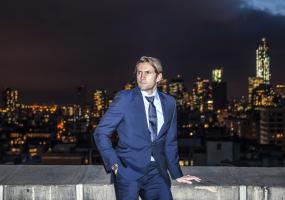 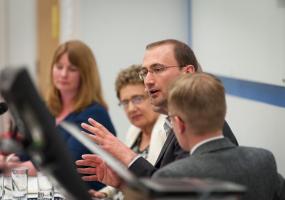 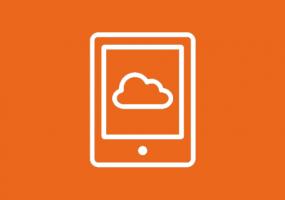 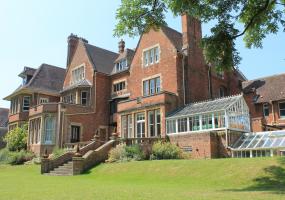