Brazilians are preparing to vote again this weekend (October 28th), in the second round of the country's presidential  elections. Campaigning, in what has been dubbed the 'Electronic Election', has been conducted amid allegations of a disinformation campaign, spread through social media and messaging apps.

According to the Digital News Report, 2018, two thirds (66%) of Brazilians who are online use social media for news.

The report – a survey of online news access across 37 countries - reveals that Brazilians are among the world’s highest users of social media for news. One third (33%) of young people aged 18-24 using social media as their primary news source.

Despite a recent decline in the number of Brazilians who use Facebook for news, 52% of the population still find news on Facebook. WhatsApp (48%) and YouTube (34%) are also very popular news sources.

While trust in news overall (59%) is relatively high in Brazil (third highest of 37 countries in the survey), it is lower among left-wing individuals compared to centrist or right-wing respondents.

Commercial television is also a popular source of news in Brazil, with over half (56%) of those aged between 45 and 54 using it as their main source of news.

The Digital News Report survey reflects the estimated 66% of Brazil’s population with access to the internet, with respondents generally from urban areas and is not representative of the whole population. 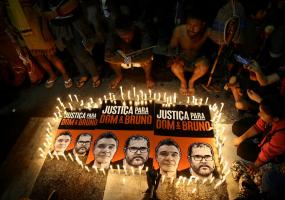 Despite growing dangers, reporters are finding new ways to report on the Amazon 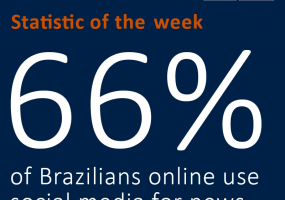 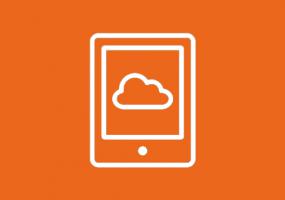 The battle for authenticity- the future of news, current affairs and documentary