"Far too many journalists are currently having to take their lives into their hands when they do their jobs," writes Meera Selva 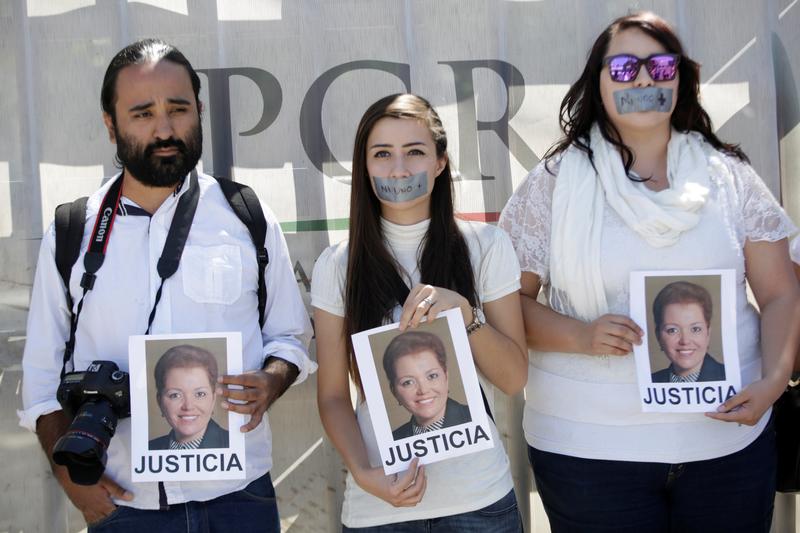 This piece is based on a lecture delivered at Green Templeton College at the University of Oxford on 2 March 2021. The piece has been updated with subsequent developments.

A free press is needed to provide the flow of information through a society, and also to hold the powerful to account and tell the stories of those who may otherwise not be heard. A free press also paints pictures of our society. It defines us and it defines the national conversation.

A free press is also under attack. According to the Committee to Protect Journalists, 274 journalists were imprisoned last year.  Thirty-two were killed, some by cross fire or in war zones, but many deliberately targeted and murdered as a direct result of their work.

Not only is journalism under attack in dictatorships and war zones but also in countries where you can really expect more.

Press freedom can be chipped away at in many different ways, and by the time the situation becomes critical it is too late. India, Mexico, and Turkey are all democracies that have managed to develop pluralistic political systems and conduct credible elections and peaceful transitions of power. But they are now among the worst countries to be a journalist.

Turkey, once seen as a model for Muslim countries, is now the world’s worst jailer of journalists. India, the world’s largest democracy, has become an incredibly dangerous place to be a journalist. At least 12 have been killed since 2017, including three killed in hit-and-run car crashes in 24 hours in 2018, and other journalists face huge levels of online abuse, physical attack, and harassment. In Mexico, drug cartels have assassinated local reporters and investigative journalists at such a rate it is now the most dangerous country to be a journalist, outside conflict zones.

Each of these countries has, and has had, first-rate independent, high-minded principled journalists who are excellent at their jobs. But these journalists and their media houses have not always been as good at selling their case to the public, at clearly articulating the value and purpose of journalism, or at showing solidarity with their colleagues at rival outlets when they’ve come under attack.

Europe is not immune

Press freedom is also under threat at the heart of the European Union. Poland is the latest country dismantling its free press at a dizzying, dismaying speed. The ruling Law and Justice Party has weakened the editorial independence of the public sector broadcaster and weaponised government advertising spending, funnelling it to friendly media and away from critical voices. It has put limits on who can own media organizations and also plans a tax on advertising revenue that will destroy independent, private media in the country.

Three journalists have been murdered in Europe in the last three years: Daphne Caruana Galizia in Malta, Ján Kuciak in Slovakia, and Viktoria Marinova in Bulgaria. All three had reported on government corruption and organised crime.

These deaths did not happen in a vacuum. They happened in a climate where many journalists have been attacked, undermined and discredited by politicians, where the media have been captured or financially weakened, and where lawsuits have been used to systematically hamper and inhibit the pursuit of investigative, independent journalism.

Some of the most pernicious attacks on independent journalism come from other journalists, often working for state-controlled media. This polarisation within the profession has pushed many journalists into silos they do not want to be in, and deepened the sense of being under siege.

The effects of COVID-19

This year journalism came under a new and sustained level of attack. New restrictions on press freedoms – many of them imposed in connection with the ongoing COVID-19 pandemic – made it ever harder for journalists to independently report the news.

It was not inevitable that the onset of a pandemic should have resulted in an assault on the press. In a public health emergency, most authorities accept that it is vital to communicate with a public hungry for information, and the most effective way of doing that can be via the news media – whether online, broadcast, or print.

And yes, when COVID-19 first began to spread in the spring, people turned to the news media. Data collected in late March and early April by the Reuters Institute in six countries showed that news consumption surged as people went online or turned on their television to get information about the crisis.

As the pandemic spread, though, many authorities around the world began to crack down on journalists. This coincided with a loss of interest in news on the pandemic too. People obeyed rules, but got bored of reading about it.

All these problems got worse in the last year. And although some publications saw a rise in subscriptions figures, If there was little money for journalism before, there is even less of it around now. This makes journalism more vulnerable, less able to withstand attack.

Here are some of the ways the pandemic in particular has hit journalism and free press.

Nationalism has not helped.

Each country has focused on securing its borders, counting deaths within its boundaries and comparing death rates, lockdown times and testing rates to those of other countries. An ability to cope with the outbreak has in many places become a case of national pride. Critical reporting is unhelpful for morale.

In Serbia, for example, the journalist Ana Lalic was detained for “spreading panic and unrest” when she wrote about the shortage of personal protective equipment at a local health center. We’ve seen this tendency to brand critical reporting as fake news, in turn discredit independent news, and encourage their followers to harass reporters – both online and in real life.

There is also concern over the type of laws the pandemic has led to, and concerns over how the fight against misinformation has led to new laws that can very easily be turned on the media.

Hungarian Prime Minister Viktor Orban was one of the first leaders to use the pandemic in this way. In late March, he changed the country’s criminal code to threaten up to five years of prison time for anyone deemed to be hampering the virus fight by “distorting” facts.

Other countries quickly followed suit. The International Press Institute counted 17 countries worldwide passing new laws against fake news in 2020. Malaysia is the most recent country to pass legislation meant to criminalise misinformation on COVID-19. Journalist associations warn the new law can be used to stifle critical reporting. It is the second time the country has tried to pass an anti-fake news law: the last attempt in 2018 was shelved amid public protests and a change of government, but the current laws, being pushed through without parliamentary consent when the country is in a state of emergency, may well come into being.

India too has passed sweeping new digital laws that give the government unprecedented powers to remove online content it finds objectionable.

In many cases, governments have not needed to actually use the laws to stifle critical reporting. Merely passing them has a chilling effect on journalists, deterring them from reporting anything that strays from the official government line.

The very nature of the pandemic – the lockdowns, the shutdown of public gatherings and spaces, and the move of much activity and communication online – raised new challenges for journalists trying to gather information, access sources, and report their stories. It also gave politicians who wanted to control the media new tools to do so.

In various ways, COVID-19 has made it easier for governments to restrict the dissemination of uncomfortable information or simply to withhold it. Press conferences – the noisy, crowded rooms where reporters jostle with each other to shout questions at politicians and spokespeople – have been replaced with online question-and-answer sessions, where it is easier to exclude critical journalists and preselect friendly questions

Journalists and their audience

The wider story this year has been the relationship between the public and the media. At the start of the pandemic, interest in news and trust in media were relatively high, but as the pandemic progressed, this trust fell away. Journalists were once more seen as taking sides in increasingly polarised societies, rather than remaining impartial observers. Journalists were once more accused of being part of the establishment elite – and not to be trusted.

In public demonstrations, crowds have often turned on journalists reporting on protests. That was the case at many anti-lockdown protests in Western countries, where journalists were not generally targeted in the past. In Germany, a camera crew from a public broadcaster was attacked while filming at an anti-lockdown demonstration in May.

On 5 November, the Slovenian photojournalist Borut Zivulovic was knocked unconscious while taking photos in the Republic Square in central Ljubljana, the site of weekly protests against the government. He woke up hours later in the hospital to hear that several other journalists, including the well-known television presenter Vladimir Vodusek, had also been attacked by unknown assailants in the same night. Slovenia was not previously known for violence against journalists, but it’s now a country where the Prime Minister and senior officials are routinely attacking the press.

Last month the UK government put out a video with a cross party group of MPS from minority backgrounds speaking in support of the country’s vaccination programme. This was important in a climate where vaccination take up among minorities is lower than it should be. However, the video didn’t feature the current equalities minister Kemi Badenoch, so Nadine White, a young reporter who often writes about race, emailed her office to ask why.

The minister used her personal twitter account to publish a screenshot of the emails and accused White of trying to “sow distrust by making up claims I refused to take part in a video campaign” and said  “chasing clicks like this is irresponsible” and it was “creepy and bizarre to fixate on who didn’t participate in a video and demand they explain themselves.”

The Cabinet office later said those tweets were not from an official government account and so not something the government would formally investigate. But the public rarely stops to look at the difference between personal official accounts, and given that the UK government has since published a National Action Plan to protect the safety of journalists, it would help if ministers recognised that if a public figure encourages a pile on of a journalist, it will have real world consequences whichever account comes from.

As this piece goes to print, Maria Ressa, the editor of Rappler in the Philippines is bracing herself for another set of  concerted legal and online attacks designed to attack both her journalism and personal safety. And in Malta Vincent Muscat, the man accused of planting the bomb that killed Daphne Caruana Galizia, is in court, describing how he and his accomplices tracked her for days before they murdered her.

Far too many journalists are currently having to take their lives into their hands when they do their jobs. Unless they receive the social, legal and financial protections they need, the situation will only get worse. 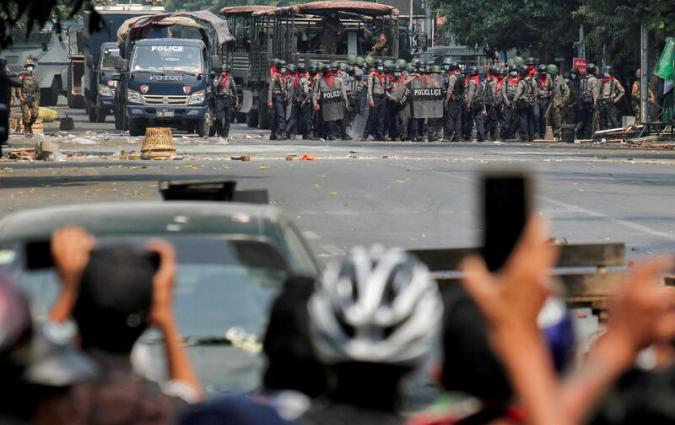 News
Journalism at COP26: the missing voices and a taste of a more inspiring way forward