What is to be a journalist in Russia? It is dangerous and can even be fatal, argued the Moscow correspondent of the Guardian, Luke Harding. 19 Journalists have been killed in Russia since 2000.The main feature of the Russian regime is that the country has declared itself a democracy. But in reality, said Harding, it is a strong authoritarian system. There is a kind of ideology behind this system, formally called a "sovereign democracy". There are in fact no real elections. The governors are appointed by the Kremlin, and the results of other elections are predictable. The Parliament consists of a large pro-Kremlin party "United Russia" and some small parties, also fake, affiliated with the Kremlin like "Fair Russia". There is also state control of the media, especially television. All the main TV channels are completely controlled by the Kremlin. The heads of the channels have a weekly meeting with the head of the presidential administration, Vladislav Surkov. At these meetings the negative trends (what is not to be shown on air) and positive trends (social messages which are supposed to be transmitted by television) are discussed. Thus there are no direct orders behind this control; rather it is a phenomenon of self-censorship, says Harding. Dmitry Medvedev was expected to be more liberal, but in Harding's view, he is a fake figure. At the moment, if you criticise the Kremlin, you are in danger of losing your job or worse. There is even a semi-organised group of pro-Kremlin bloggers who discredit everybody who criticises the Kremlin. One of the main features of the regime is systemic corruption, which is extremely difficult to write about. You can write about it on the micro level, but not about the corruption at the high level of power. There is also a lot of anti-western propaganda in the Russian media. The Kremlin has spent billions of dollars on creating a positive image abroad. In 2010 they spent US$1,461m on international propaganda, much of it for "Russia Today" – a state TV channel which aims to show a positive image of the country for foreigners. The newspaper landscape is more diverse. There are a number of more or less independent newspapers, such as Vedomosti, Kommersant and Novaya Gazeta. The latter is the main opposition platform for the moment. It may be the reason why four of the 19 journalists killed were journalists from "Novaya Gazeta" staff, says Harding. The most recent case happened in January 2009: journalist Anastasia Baburova and human rights defender Stanislav Markelov. They were shot dead in the middle of the day in the center of Moscow. It is supposed that Markelov was killed because of his anti-fascist views by the Russian neo-Nazis. Baburova was just doing her job of gathering the information while Markelov was the target. The most famous cases are the murder of Anna Politkovskaya in October 2006 and Natalia Estemirova in July 2009. They wrote a lot about the human rights abuses in Chechnya. In both cases a trial has begun, but, as family members and defenders say, there was no real attempt to find out what happened.  Some people, including Luke Harding, suspect a link between these murders and the president of Chechnya, Ramzan Kadyrov. The head of the human rights organization Moscow Helsinki group, Ludmila Alekseeva, said that criticising Kadyrov can end in death in Russia. To criticize Medvedev and Putin can be less dangerous. There have been other cases of journalists being murdered since 2000. And in all 19 cases no one has been prosecuted. Harding does not see much hope for change. He says the only free space in Russia for the moment is the Internet. 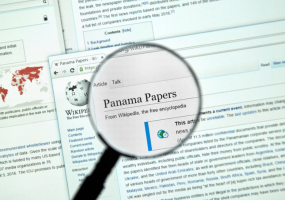 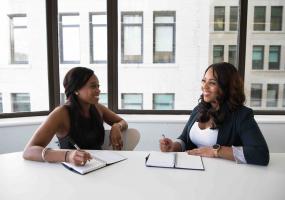