Even in a world where people increasingly get news from social media, the professional news media is still seen as largely to blame for low trust according to a new report from the Reuters Institute for the Study of Journalism, which examines the underlying reasons for trust and distrust in the news media (and in social media) across nine countries.

Bias, spin and hidden agendas come across as the main reasons for lack of trust in the news media along with a perceived decline in journalistic standards driven by greater competition and some online business models. These concerns are strongest with the young and with those on low incomes. Trust in the news that people find in social media is lower still, but similar trends are at play  - bias, agendas and low quality information. The report argues that this is largely a function of a model that allows anybody to publish without checks, and algorithms that sometimes favour extreme or contentious content.

The study is based on analysing thousands of open-ended responses from the 2017 Reuters Institute Digital News Report, where respondents were asked to give their reasons for low trust in their own words, using open-ended text fields.

By coding and analysing responses, the report categorises the specific issues that are driving public concern across countries as well as those that build trust such as journalistic processes, strong brands and quality journalism delivered over time. Co-author Nic Newman says:

“These findings should be a wake up call for journalists, platforms and regulators. Rebuilding trust will require all interested parties to work together. We need better incentives to create and showcase more accurate and more trusted content.”

Among those who do not trust the news media, the vast majority of open-end responses (67%) relate to bias, spin, and agendas. Simply put, a significant proportion of the public feels that powerful people are using the media to push their own political or economic interests, rather than represent ordinary readers or viewers. These feelings are most strongly held by those who are young and by those that earn the least.

The Daily Mail is rampantly biased and distorts the news for its own agenda. (UK)

The information is not independent but mostly in the hands of billionaires who dictate the editorial lines. (France)

In many countries, particularly the US and UK, some media outlets are seen as taking sides, encouraging an increasingly polarised set of opinions. Others are criticised for not calling out lies, keeping information back, or creating a false equivalence of partisan opinions that are obscuring facts and understanding.

Liberal media is full of bullshit and lies. (US)

Almost everyday they present fake or deliberately distorted information. (US)

Something should not be up for discussion because it gives the sense that there are two sides both equal and they are really not. People have blatantly lied, easily fact checked and yet the media does not counter it. (UK)

In talking about trust, people mention television brands more than any other type of media (e.g. print or online). TV is considered less open to manipulation than online media, because live pictures and reporters on the spot give consumers confidence that what they are seeing is true. But TV brands are also criticised in many countries for putting speed ahead of accuracy, favouring opinion over facts, and for pushing partisan agendas.

Images are worth more than anything that is written. (Spain)

Seems to be all about the ratings/clicks these days. I get the feeling that news outlets churn out garbage regularly just so they can get more money from advertisers. (US)

For those that do trust the news media (40% across the nine markets surveyed), a significant proportion feel journalists do a good job in checking sources, verifying facts, and providing evidence to back up claims. There is more confidence in the professional integrity of journalists (and the transparency of their processes) in the US, Germany, and Denmark than in the United Kingdom, France, and Australia.

They speak to experts; they have procedures in place such as guidelines with regards to reliable sources; correct facts; and being unbiased. (US)

News are written by experienced and well-trained journalists who check their articles on the basis of various sources before publishing. (Germany)

Social media is trusted less than the news media in its ability to separate fact from fiction. There is a sense from respondents that feeds are becoming polluted with inaccurate information, extreme agendas, and strong opinions, perhaps encouraged by social media algorithms. But, people also blame other social media users for fuelling these stories by sharing without reading them.

Often inaccurate articles spread like wildfire before facts have been checked. (Ireland)

It is very easy to post fake news on any topic, such as announcing a death, which is what happened with Arnold Schwarzenegger. (France)

Despite this, we also find a substantial minority who trust social media for its broad range of views and authenticity. Some of these are people who distrust the mainstream media or complain about its biases and agendas. Others revel in a wide range of sources and feel confident in their ability to spot inaccurate or agenda-filled news.

There are enough different voices that you can piece together what actually happened. (UK)

I trust the common man over the left-wing orientated press. (Germany)

Based on these findings, the report argues that the news media needs to differentiate itself more from information that has not gone through the same professional checking processes. This means increasing the quality of news and minimising the clickbait that can end up deceiving and annoying consumers. It argues that journalists and news publications should be far more open about their biases and clearer about distinguishing news from opinion and news.  Co-author Richard Fletcher says:

“Partisanship is not necessarily a problem in itself, but it is widely disliked when it is dressed up as a news article or consistently spun in a way that distorts the truth”

Greater diversity in newsrooms would also address a growing disconnect between journalists and the general population – particularly young and low income groups.

The paper argues that technology platforms also need to face up to their responsibilities around low quality news which is putting off a significant majority who worry about an increase in noise, disruptive agendas, and lack of checks.  It suggests closer working with publishers, fact-checkers, and other content creators to better label different kinds of content. Platforms should also consider taking into account more signals about the quality and origin of content from publishers, improving the branding of trusted brands, and taking steps to reduce the speed with which extreme or disputed content can be spread through digital networks.

The report Bias, Bullshit and Lies – Audience Perspectives on Low Trust in the Media is published by the Reuters Institute for the Study of Journalism at the University of Oxford, with the support of Google and the Digital News Initiative.

2022 Reuters Memorial Lecture. Tanks, TikTok and trust: journalism in a time of turmoil 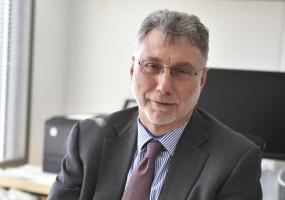 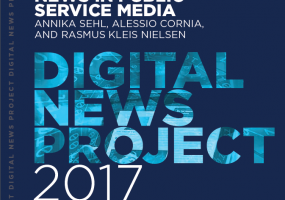