“Journalists must be protected at all costs. They are in Ukraine to keep us informed”

Johanna Pisco from the Rory Peck Trust explains how they have raised almost £20,000 to provide freelance reporters with protective gear 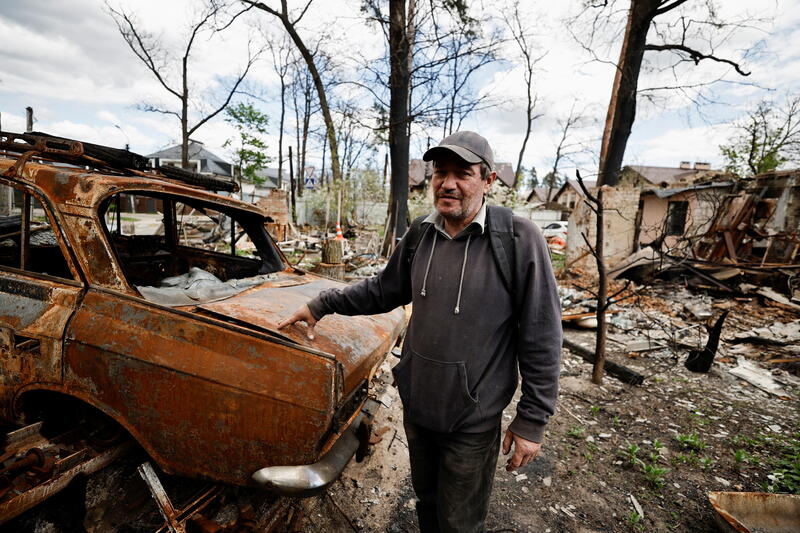 The Rory Peck Trust, a UK-based nonprofit media organisation, is doing a fundraiser to help provide journalists and media workers covering the war in Ukraine with equipment and safety kits.  Since the war started on 24 February, reporters have been targeted and attacked. More than 12 journalists have been killed while nearly a dozen others have been injured while on assignments in Ukraine.

Journalists on the ground in Ukraine were not prepared for the war and have found it difficult sourcing and accessing essential protective equipment and first aid kits.  “Very early on in the crisis, the requests we were receiving indicated that one of the biggest needs of journalists was protective equipment,” said Johanna Pisco, programmes manager at Rory Peck Trust. “These are mostly freelance journalists and we know that it is that group who most times don’t have access to the resources that staff journalists would have access to, including safety gear and kits.”

Since 1995, the Rory Peck Trust has been providing financial support, training and resources to freelance journalists and their families around the world. Pisco said they will use any money raised from the campaign to support freelance journalists covering the war by providing them with the equipment they need to safely cover the war.  The target of the campaign is £20,000. At the time of this writing, more than 120 supporters had donated £19,074 and the Trust was close to reaching its goal.

When the fundraising is complete, the Trust will send the funds raised to Reporters Without Borders (RSF), one of its partners to procure and distribute to journalists working in Ukraine who need it the most. In March, RSF announced the launch of the Lviv Press Freedom Center, which is providing vital assistance to journalists at risk in the country and is run jointly by RSF and the Institute of Mass Information.

The Trust is a member of the Journalists in Distress Network, a coalition of 22 media advocacy organisations and press freedom groups formed in 2006 to provide direct assistance to journalists and media workers who are at risk because of their work.  Pisco said that the Trust is working with members of the coalition and other partners such as Free Press Unlimited, a Dutch-based media organisation, to respond to the needs of journalists and media workers in Ukraine.

“I was worried about not having the correct protective equipment and safety gear, and so I contacted them for help,” said Bryce Wilson, an Australian photojournalist and documentary filmmaker who has been covering the war as a freelancer for the past seven years. Wilson said he is waiting to receive his protective wear, but he noted that his colleague who was shot at the beginning of the war has taken delivery of body armour.

“They [Rory Peck Trust] actually gave us useful information, which goes a long way to helping people,” said Wilson, who is currently in Melbourne where he is taking a break from reporting on the war. He said he would be going back to the frontline soon. “They provided me with help and support during the first few weeks of the invasion and have always been helpful, especially during my stay in Donbas.”

“It’s all about adding value to the work of local journalists in Ukraine,” Pisco said. “Our goal is part of a broader work of organisations that works collaboratively to provide assistance to journalists and media workers.”

The Trust also runs the assistance and training programmes that provide support and financial assistance to freelance journalists and media workers. The assistance programme has three different components:

In addition to the assistance programs, the Trust provides bursaries for freelancers who want to access hostile environments and first aid training (HEFAT) courses and safety clinics, and noted that journalists and media workers in Ukraine are prioritised in accessing these assistance programmes. Pisco said the Trust will continue fundraising with their partners to help in providing the needed equipment to journalists who take risks to tell stories.

“Journalists take risks to tell stories and keep us informed and must be protected at all costs. Unfortunately, some of them have become targets or victims of the conflict directly or indirectly,” she said. “Our priority is thinking about the safety of journalists in the field to understand what they might face and how to respond and react to it. We want newsrooms to take responsibility for their journalists and keep them safe.”

However, Pisco agrees that the dynamics might change and journalists could be at risk despite efforts to protect them and ensure their safety. “It is the responsibility of the government that journalists are safe because they are just there to keep people informed and not to fight a fight that isn’t theirs.”

You can donate to the Rory Peck Trust fundraiser in this link. 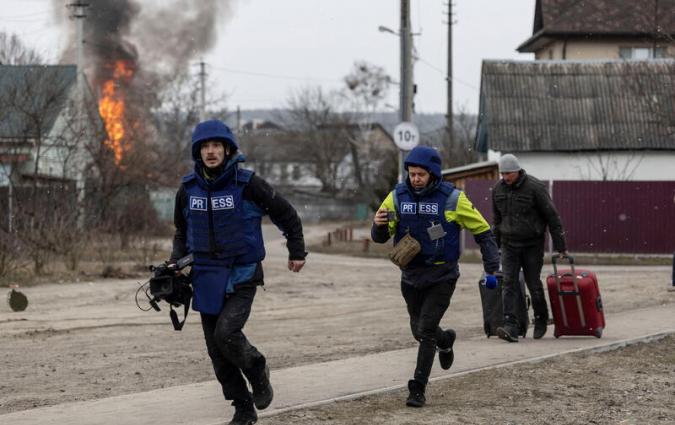 News
“They are not ‘fixers’. They are journalists”: in the light of the war in Ukraine, three field producers discuss the challenges of their job 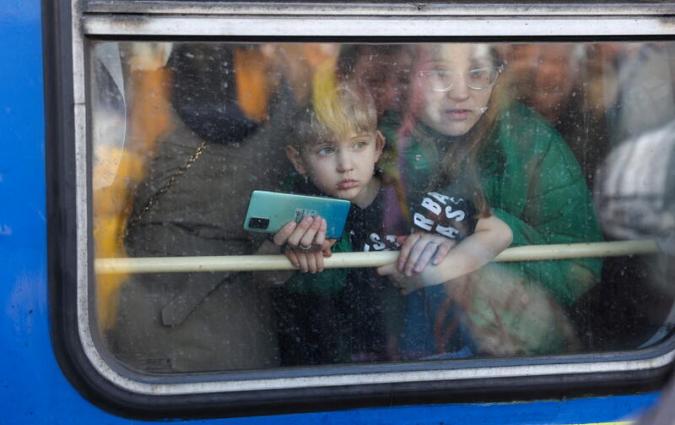