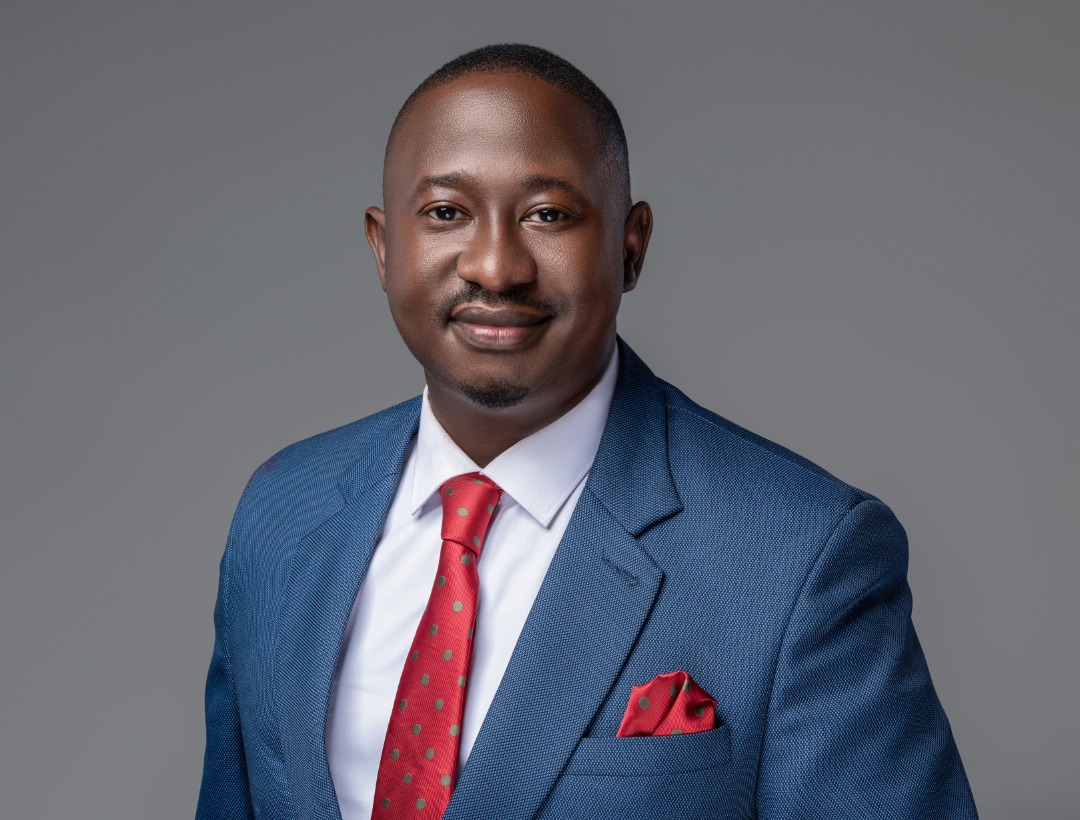 Solomon Serwanjja, founder of the African Institute for Investigative Journalism.

Solomon’s career spans over 14 years. He has worked in media houses such as UBC , NTV Uganda and NBS television, and has conducted some of the most audacious ground-breaking investigative documentaries in Uganda.

‘The Ayes Have It’ exposed how members of Uganda’s Parliament including the speaker, Uganda’s finance minister and the second Deputy Prime Minister had allocated themselves $2.7 million of Covid funds. ‘Stealing from the sick’, a collaboration with BBC Africa Eye, exposed how dodgy medical practitioners were stealing lifesaving drugs meant to be issued free of charge in government facilities and selling them in private hospitals. ‘Dark World of Drugs’ showed how some police agents in Uganda were dealing cocaine and heroin on the black market.

Solomon’s work has also resulted in a man-hunt by security agencies, a police raid on his home and the arrest of his wife, and court battles with people he's sought to expose. Solomon has been recognised many times for his work and he won the prestigious BBC Komla Dumor award in 2019.

Solomon and his colleagues started AIIJ in 2020 as a platform in which journalists from various media houses in Uganda could learn how to do investigative stories, collaborate on them and get legal support. The Institute’s work is critical in ensuring the growth and sustainability of quality investigative journalism in a country with a poor record on press freedom. Uganda ranks 132 out of 180 at the 2022 Global Press Freedom Index. It ranked 125 in 2021, an indication that the situation is deteriorating.

I spoke recently with Solomon about his own career, the challenges of investigative journalism in the region and how this kind of reporting can be funded in Africa and beyond. His responses have been edited for brevity and clarity.

Q. How did you get into investigative journalism?

A. My career as an investigative journalist started when a woman walked into NTV crying. She said that her son had been taken abroad by some people from the United States so that they could take care of his education. They had told her he would come back but he didn’t.

I followed this story and did a five-part investigation called ‘Taken and never returned’. I found that some lawyers had made it a business to go to villages, take pictures of children, and put them online for adoption. One of them was the Attorney General at the time, whose legal firm was at the forefront of these wrongdoings and making a fortune. The investigation also exposed the corruption involved, including the fact that judges sat at night to sign those adoption papers and were involved in the forgery of documents. In the case of the woman I met, they had forged her husband’s death certificate to indicate that the child’s father had died but he was still alive.

As a result of the story, the Ugandan Parliament amended the Children's Act, and it's now very difficult for you to adopt a child or to get legal guardianship for any child in the country without following proper procedures.

Q. What prompted you to leave the mainstream media?

A. When I was working in mainstream media, I would do a story pitch, prepare a budget for it and send it to my editor. Then the editor would say that my story budget was what they had for the newsroom for the entire year. So most of the investigative projects I did were in collaboration with big entities such as BBC Africa Eye and Voice of America, which had funding for investigative journalism.

This is what prompted me to think out of the box about the future of investigative journalism. I was worried. What will happen if these organisations lose outside funding? What if they pull out of the market? My worries were justified because Al Jazeera’s Africa Investigates closed and they put their money elsewhere. The BBC Africa Eye was a project up to 2020 and I think they renewed it. But who knows about its sustainability…

So those concerns got me thinking about the future of investigative reporting, which it’s a relatively new area in Uganda and perhaps maybe a little more mature in Kenya, but not to a level where we want it to be.

We thought: why can't we share our journey, our experiences, our skill set and the tools that we've picked up along our careers as investigative journalists so that we can share them with a new generation of journalists so that they do not only do the everyday stories such as police press briefings and politicians’ statements but also do some deep context analysis and investigations?

That’s why I started the African Institute for Investigative Journalism with a couple of colleagues: with the dream of providing a home and supporting investigative journalism in Africa. First starting from Uganda, then expanding into the East African region, and then into Africa as a whole.

Q. Which kinds of programmes do you have at AIIJ?

A. We started with five core programs, one of which is training and capacity building, where we concentrate on the skill set. For example, when we were doing the stealing from the sick investigation, the BBC trained us for two months, they flew in someone from London to teach us how to do secret filming. They took us through training around security for two months. This is something many journalists here don’t get.

We also train journalists on how to do a good investigative story pitch and on how to execute it. We help them do a risk assessment and decide whether they would be taking on a project or not. Our curriculum is practical. We put out calls for investigative pitches. Then we select the best 10 and train them.

Q. What more do you provide these journalists?

A. After our training, we give out small grants. We look at the pitch and the budget, and sometimes we can't meet 100%. Sometimes we give 50% of the budget and their media house tops this up.

We understand the kinds of challenges newsrooms face. For example, we have procured about 10 cameras, some secret filming cameras, recorders and other filming gear. If a journalist is working on an investigative piece, they can sign out this equipment, and then return it at zero fees. We have also set up workspaces at the Institute, where you can come, do your investigation quietly, and take your finished piece away. We have a podcast studio that is free to use for journalists working on audio investigations.

Q. Is there anything else you wish you could do or intend to do in the future?

A. We’d like to provide safe shelters for investigative journalists. For example, a place here in Uganda where a Kenyan journalist can spend a couple of months after publishing a story, as pressure back home reduces and they can sneak back into the country. Our long-term vision is to have at least five safe homes out of Kampala, where journalists who are working on investigations can find refuge. I’ve received these kinds of requests by journalists from as far as Nigeria and Ghana.

Q. What are some of the obstacles you have faced along the way?

A. The first one was access to funding. We are grateful to the partners who believe in the work we are doing. It was not easy at the beginning, but now more people invest in us because they believe in our vision. However, we still require more funding so we can support journalists from countries like Burundi and the Democratic Republic of the Congo too.

Q. Other than grants and support from partners, do you have any other funding strategy?

A. We are thinking about that. For example, as a team, if we start renting out the equipment that we've procured over time or launch a production arm of the organisation, that can bring in extra monies to support the Institute. We have also built a podcast studio, which is up for hire, so other journalists can come and pay to do their own productions. So we are trying to leverage what we have to push for the sustainability of the organisation.

Q. What advice can you give others who want to venture out of the mainstream and start something like AIIJ?

A. The first one is that you should be passionate. The first two years are tough, but you must hang in there and keep going no matter what. You have to resist all the temptations of going back.

You must also have something that drives you. What drives me is that I want to see African journalists doing African investigations supported by African people. When we Africans recognise the importance of investigative journalism, we will be able to fund it ourselves, rather than relying on Europe or the US. We emphasise supporting journalists who can do work that is impactful​,​ so that African audiences and philanthropists can find value in investing in the growth of investigative journalism in the continent. That is my dream.

Another piece of advice I would give is: have people around you who believe in you, and who believe in your dream. There are people who will come around and walk away if there’s no money. But there are those that will stick with you because you did not sell them a job, you sold them a vision and a dream, and it is crucial that you stick with those that remain.

Q. What are the key challenges that African investigative journalists face?

A. The number one challenge is access to resources. As you know, investigative journalism is expensive. An investigation may require you to go to a certain location for three weeks with a production crew. They often do budgets that they take to their editors and their editors just say wow, what is the opportunity cost of spending $15,000 on your story? And because many of the newsrooms do not have the budget, many of these stories never make it to print or to broadcast.

The second challenge that many investigative journalists have is the comfort that your media house will have your back after an investigation. Many media owners want stories. But media houses do not care about you or about your safety after publishing or broadcasting. There are very few organisations that will fly you out of the country or protect your family. So you are always asking yourself: why am I taking the risk? We’ve had so many investigative journalists killed. Two years ago, Anas Aremeyaw Anas lost a very close colleague who was shot on the streets of Accra and killed in cold blood.

The other issue is that many people do not understand the evolving nature of investigative journalism. Before we relied so much on rudimentary styles such as secret filming. Right now investigative journalism is moving away from that. It is going into open-source intelligence and artificial intelligence. Unfortunately, most African journalists do not have that skill set. There is a need for training on these advanced technologies.

Q. What needs to be done to enhance the state of investigative journalism in Africa?

A. We need at least three things: training journalists with the latest skill set, increased funding and harnessing the power of collaboration, with journalists from different countries (or even from different media houses in the same country) coming together to investigate.