“I was lucky. Most newsrooms pull women down with work rather than lifting them up” 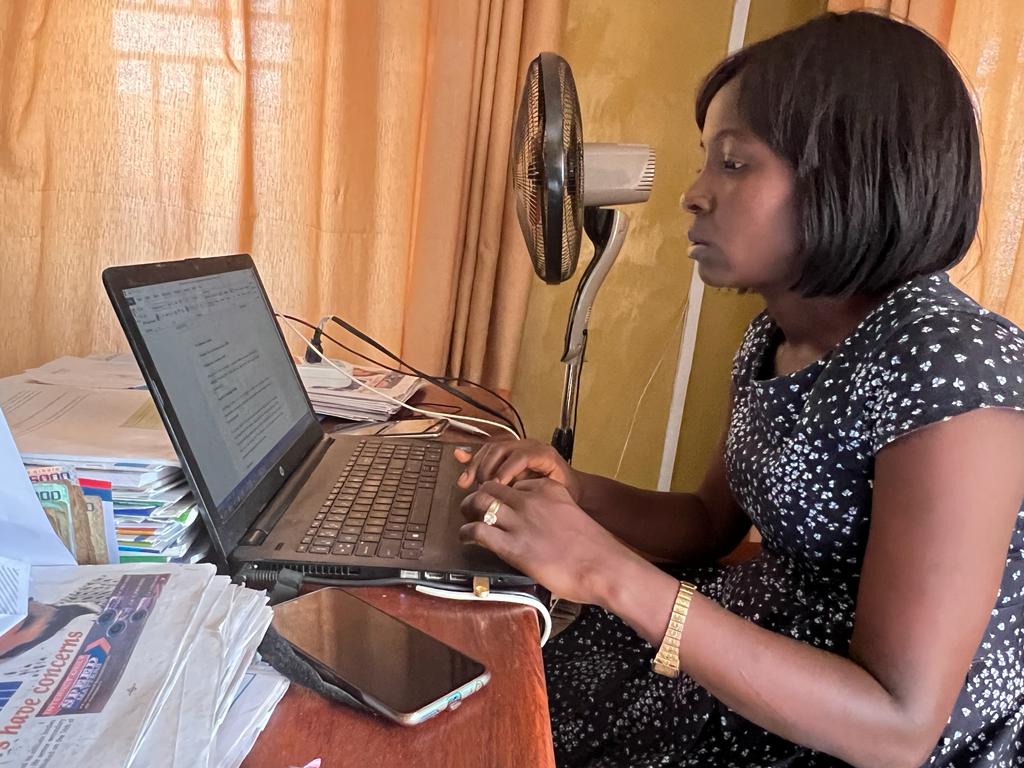 The end of 2021 marked Mabinty Magdalene Kamara’s first year as editor of Sierra Leone’s Politico newspaper. Kamara is one of only a handful of female editors in a country where the news media is still male-dominated and on a continent where women constitute just 22% of the people seen, heard or read about in the news. In this interview, Kamara discusses the challenges faced by women in journalism in Sierra Leone and the way she’s navigating times of crisis as a newspaper editor.

Q. You joined Politico as an intern in 2015 and have risen to become its editor. What have you learned from your first year in charge?

A. It's not common for a woman to become an editor in Sierra Leone and I was not prepared. I have the passion and knew I was improving on a daily basis, but was I fully prepared to become an editor at that time? No, but this was a challenge I had to take on. We didn’t at that time have many female editors [of newspapers]; we had proprietors. We women have been clamouring for a management position or space in the media. You might not feel prepared but you are ready to take on a challenge – that was the first lesson I learned.

However, it’s been challenging because the media landscape in Sierra Leone is poor [as a profession]. The moment you decide to become a journalist in Sierra Leone, some people say you have settled for poverty. Anyone who is practising it diligently is passionate about it because it’s not about the money. As an editor, you have to be the last to leave the newsroom. There are very limited resources. You have to be a reporter at the same time as an editor, sometimes even a sub-editor.

Q. What factors are preventing more women from entering journalism or from progressing into leadership roles in Sierra Leone?

A. I want to see more women in this profession. They have to make up their minds to climb the ladder, but it's down to male colleagues and attitudes too. You need the right kind of atmosphere. I was lucky with my institution. It's male-dominated, but they had the idea to develop women. They saw that if they pushed me I could do better. What encouraged me in the first place was not seeing them as the boss, even the editor. They created an environment where I saw them as colleagues who had reached a level that I could get to. Most newsrooms pull women down with work rather than lifting them up – they don’t give you a hand when you start out or access to the internet, for example.

In Sierra Leone, education isn’t a right. To some extent, it’s a privilege. If you’re not privileged, you cannot get educated to university-level. If you are not that educated it affects your confidence or self-esteem. You may not have the right work certificate – most of my female colleagues don’t have that. So they keep marginalising you in the newsroom.

In broadcast and radio, we have some women. When it comes to print, which has to do with extensive writing and reading, it has been very difficult to get women in. I have a female reporter and have advertised for female journalists to come so that I can motivate and inspire them.

Q. What could change this?

A. What I'm calling for now is investment in the media in Sierra Leone – not just in Politico. If people invest here, it would do a lot of good. Not just investing financially but also through knowledge, scholarship and training opportunities. Help support education, help female journalists get their university degrees and that confidence. The law here says that you have to have at least a university degree to be an editor of an independent media outlet. If you don't have that, how would you progress into management in Sierra Leone?

Support the media with printing presses – not many media institutions here have them. When we didn’t have one at Politico, you could work the whole day and then go to the printing press and they would not open for you.

Editors and owners have to encourage the reporters and give them hope that even though they won’t be rich in this profession, at least they can put bread on their table. If you have that kind of assurance you’d have more women in the news media and more quality reporters and quality journalism.

Q. How has the COVID-19 pandemic affected your newsroom?

A. Most of our interviews had to be done online because of restrictions, so if somebody wants to dodge your interview, call or email, they can. It made news-gathering very difficult. We have to fill the pages of a newspaper three times a week, we have to feed our audience and give them the news, but because of restrictions, many events were cancelled so we had issues generating stories.

The pandemic has affected the running of the industry. We had to cut down on our production because advertisements weren’t coming in that much. The media in Sierra Leone relies on advertising revenue and if you’re not getting it, you are handicapped. One of the biggest advertisers in Sierra Leone, a betting company, was not buying adverts so most of the newspapers here shut down. Some laid off staff to keep going. We had to drop down our production and the number of copies printed. The materials to produce the paper, like ink, became very expensive. But our management made sure there was never a month that we went without salary, even if it came from their own pockets.

Q. Politico went out of print production in 2016. Then it came back from this and navigated a pandemic. How might you prepare for the future?

A. Politico went out of production because the government is the biggest advertiser in Sierra Leone and if they see you as being critical they will starve you of adverts. We don’t advertise betting or gambling at Politico as a moral responsibility to our audience, so if we don’t get ads from the government or other institutions we will go out of business. That’s what affected us in 2016. We had to write to OSIWA [Open Society Initiative for West Africa]. It came in and supported us with things to keep the institution running. We now have a printing press of our own and a very big generator in case of power cuts.

The problem is finding like-minded institutions who want to support the media here. Also, media proprietors in Sierra Leone are not enterprising. They don’t think: we can do another business to help us keep running the newspaper. Our plan was to use the printing press for commercial purposes, but that’s yet to start. When it does, it will be a big booster for revenue.

Q. What are your plans in the year ahead?

A. I want to report more human interest stories, which means going into the community. I recently reported on the story of a woman who had scissors left inside her body after a C-section by doctors in 2014. She lived with this for seven years [before she was told what was causing her pain]. I called on police, doctors, authorities, even journalists, to save this woman’s life and get her justice. This is one of the most frustrating aspects of my first year as editor – it made me feel powerless because they were seeing my reports but not taking action. Last week she died. In other parts of the world, you will see human rights lawyers coming out. I'm not relenting. I'm not giving up.

There are many such stories in the provinces, in the remote areas of Sierra Leone, that are going untold because no one can reach them. There are gender-based violence issues, for example, that are very prominent in those regions. This is what I want to do in the next year if Politico has the necessary resources. We have correspondents in some of the regions but not all and, even where we have them, they are not always empowered enough through incentives or the right equipment to do the work.

Getting more female journalists in Sierra leone will help bring more light to these stories, especially on gender issues. If we have more female journalists and more at management levels in the newspaper industry, that will help. When a woman sets her eyes on something to be fixed, that issue must be fixed before she can get her eyes off it. With more women, I think we can fix a whole lot of things in Sierra Leone.

Our podcast: Why are women experts missing from the news media in Ghana? 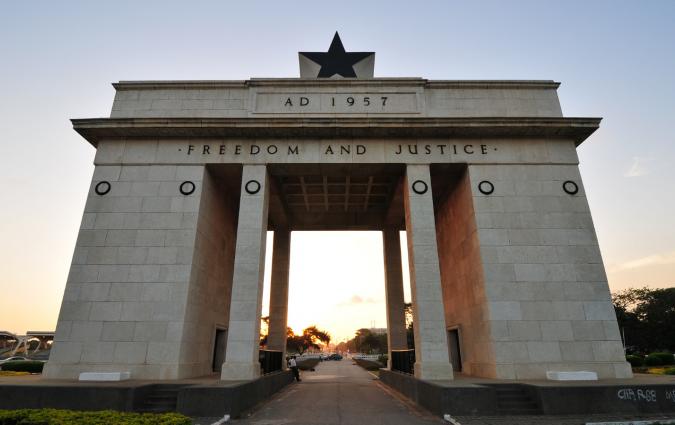 Podcasts
Our podcast: Why are women experts missing from the news media in Ghana?

As winter approaches, Afghan women journalists speak out: "I enjoyed all the liberties of life. Now I feel like a prisoner" 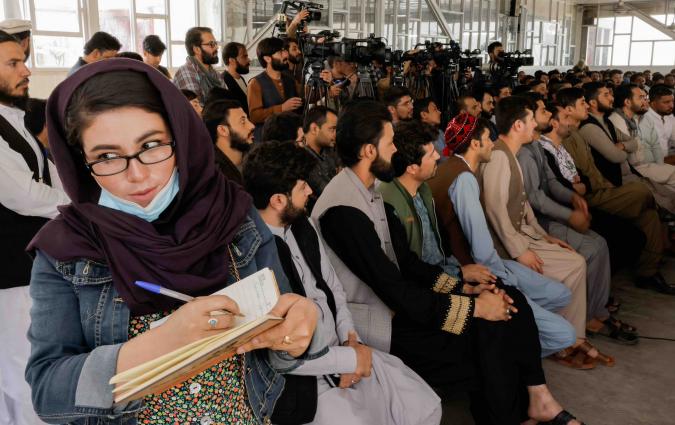 News
Afghan women journalists speak out: "I enjoyed all the liberties of life. Now I feel like a prisoner" 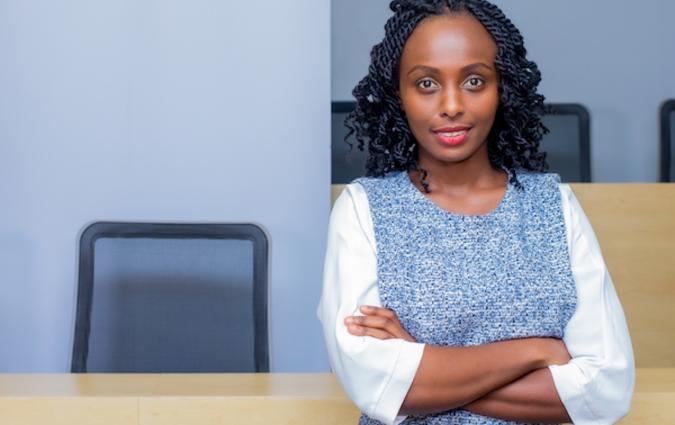