How journalism training is changing (and flourishing) in sub-Saharan Africa

Nonprofits and universities are shaping the future of journalism in the continent by focusing on new priorities, Laura Oliver reports 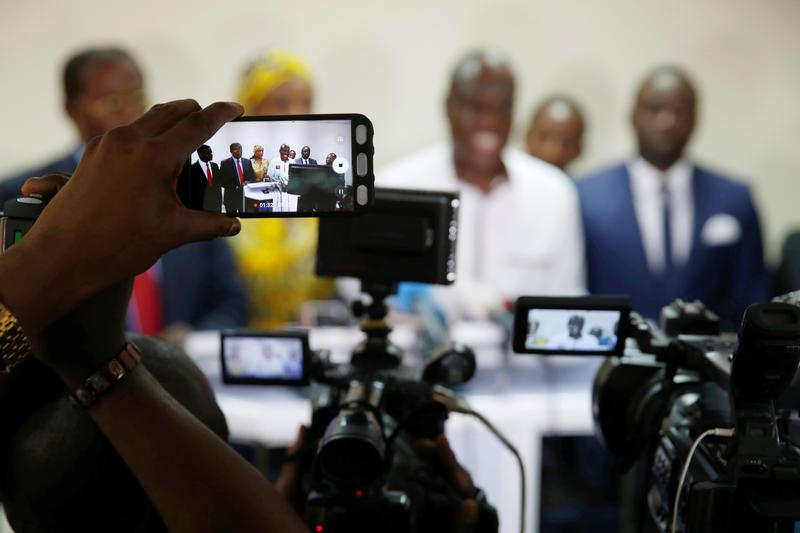 Journalists in Africa have witnessed huge social, economic and political changes in the last 10 years. Alongside news milestones, different priorities for countries and audiences have emerged, from tackling climate change and financial corruption to the changes in news production and distribution.

To what extent journalism training in Africa has changed in response to these changes has been unknown until now. Fortunately, Mapping Journalism Training Centres in sub-Saharan Africa, a new report authored by Alan Finlay and the first of its kind in a decade, can provide some answers.

The report notes a “flourishing” in journalism training and education in sub-Saharan Africa in the past decade. Four crucial themes provide a backdrop to this growth, according to the research:

The study is a joint publication by the Fojo Media Institute and Wits Journalism department at the University of the Witwatersrand, Johannesburg. Preliminary research found at least 127 journalism training centres, predominantly universities, colleges and institutes. Digging deeper, Finlay focuses the report on 10 countries: Ethiopia, Ghana, Kenya, Malawi, Mauritius, Mozambique, Namibia, Nigeria, South Africa and Uganda. Across these, 55 training centres are mapped in detail.

“There were some studies looking at what’s going on in the local environment, but there was a gap of knowledge and an understanding that the media had shifted,” says Finlay.

Finlay says the “flourishing” in training is concurrent with a heightened sense of the purpose of those who teach or train journalists in the region to ensure the role of journalists in society is positive and that media is supporting democracy and adhering to the highest ethical standards.

More pressure on print media businesses and the emergence of online in countries with previously limited digital media have created new training needs, data journalism for example, while demand for specialist training in subjects such as environmental journalism and reporting financial crime has also increased.

“Investigative journalists [working in sub-Saharan Africa] need to understand complex environments. Take reporting on money laundering: it’s not a simple business, it’s cross-border and complex, and journalists have to increasingly understand how to deal with it,” says Finlay.

These shifts are “driving new courses, new thoughts” at established institutions. Aga Khan University in Kenya, for example, is looking at innovation in media as a focus area, while media sustainability as a topic has led to new initiatives.

In some countries, journalism training has flourished in response to endemic corruption. The need to build cross-border, investigative journalist networks with the right skills and resources to tackle such major stories has encouraged more donor funding to establish this training and networks – a trend seen in both Southern and West Africa, according to Finlay’s research.

The report also suggests that commercial media in the region is “taking training more seriously”. A new model exists where a more progressive outlet will start an NGO to handle training and advocate for media freedoms. The Namibia Media Trust and the Premium Times Centre for Investigative Journalism in Nigeria are such non-profit offshoots from commercial news publishers.

Finlay hopes his research will prompt discussions amongst policy-makers and donors, with educators as part of that conversation: “If you network educators and donors across the continent, you can approach journalism funders and start to influence their agendas. When they determine the next three-year funding cycle, you could be part of those meetings and influence them through people and teaching on the ground who see these different needs.”

The Ghana Institute of Journalism is introducing specialisations in economic, political and sports journalism as part of new courses. Elsewhere, the African Centre for Media Excellence in Uganda sees specialisation as necessary for reporting on priority issues in the country and to address the shrinking number of journalists in Uganda’s newsrooms, as well as a way to attract funding.

“[F]ew if any centres offered training in indigenous languages,” states the report, with a particular gap highlighted in Ghana. The University of Ibadan, in Nigeria, was the only centre mentioned with a specific track in “indigenous communications”.

“Part of the bottleneck around innovation in journalism training is a linguistic divide between Francophone, Lusophone and Anglophone Africa. It’s very serious and results in all sorts of alienation. It does need to be broken down,” says Finlay.

Running training in indigenous languages is an opportunity to better cover these audiences and their issues and represents a growth opportunity for media houses wanting to reach large audiences. The best way to deliver such courses, however, needs more research, says Finlay: “Can you just translate course content? We need to ask what else is needed and if that’s good enough?”

The impact of the pandemic

While several centres in the study had already experimented with remote and distance-learning before the COVID-19 pandemic, its impact has expedited the plans of some and derailed those of others.

Using Google Classroom, Zoom and Whatsapp, the Ghana Institute of Journalism says it has managed 70-80% of the teaching it would normally deliver. Elsewhere, the University of Mauritius already ran a programme that prioritised self-learning and fewer contact hours, but is now considering a “50/50 blended learning” model with limited face-to-face time and increased remote learning.

Reliable internet access and its cost are a worrying obstacle for many journalism students and trainees in sub-Saharan Africa. In 2019, 26% of people in the region were connected to the mobile internet; while, according to 2018 data, just 25% had internet access. Different government responses to the pandemic have also played a role. In Ethiopia, universities were closed entirely, citing that a lack of internet access would disadvantage students.

The larger the class, the more apparent the issue of unequal internet access becomes. “It’s alright for the students living with wifi, but many live off of data,” says Finlay. “This is problematic because it creates an uneven teaching space. You can teach people if they are online in a free way, but if they are counting the financial cost of downloading resources and documents, it doesn’t work at all.”

Smaller classes where individuals have the resources to be online can work and even prompt training innovation, he adds. The Premium Times Centre for Investigative Journalism in Nigeria now has a website and mobile app as part of its Campus Reporter programme, which trains both working journalists and students, that offers remote coaching and mentoring to participants.

“While it is difficult to say how many of these new experiments in online learning will be sustained in the long term, it is clear that the pandemic has created a shift in perceptions about what is possible,” concludes the report. Finlay’s research provides a much needed prompt to get this shift underway, during the pandemic and beyond, from funding models to emerging training needs.