Further to the announcement by Google in April of their Digital News Initiative and the increased support that would involve for the Reuters Institute Digital News Report, Oxford University and Google have now agreed the details of the new grant.

Google’s increased funding over the next three years will allow the Reuters Institute to extend the report’s coverage of Europe to 20 countries in 2016 with the aim of moving to 30 in 2017/18.  The new countries to be included in the main report from 2016 are Austria, Belgium, Czech Republic, Greece, Hungary, Netherlands, Norway, Poland, Portugal, Sweden, Switzerland and Turkey. These will be added to the 12 countries already covered in the main 2015 report; UK, Denmark, Finland, France, Germany, Italy, Ireland, Spain, together with  Australia, Brazil, Japan and the US.

The Reuters Institute Digital News Report is based on the largest international comparative survey of the major trends in digital news consumption. This unique independent academic report has been supported by a wide range of academic and industry partners, since its creation in 2012. From 2016 onwards we will continue to work with a very wide range of sponsors and partners within Europe and beyond, and all will be treated equally.

The sponsors of the 2015 report were; the BBC, Ofcom, The Broadcasting Authority of Ireland (BIA), France Télévisions, L’Espresso group in Italy, the Media Industry Research Foundation of Finland, Edelman UK, Roskilde University, the Hans Bredow Institute, the University of Navarra, the Tow Center at Columbia University’s Graduate School of Journalism and the University of Canberra as well as Google, who have been a funder since 2013.

“The annual Reuters Institute Digital News Report has become an indispensable resource to better understanding trends in news consumption internationally. It is a key element in the RISJ’s mission to produce rigorous independent research of relevance to some of the most pressing issues facing journalism and our 2015 report received more attention than ever before. We are delighted that Google’s increased funding for the 2016-18 reports will enable us to vastly expand the coverage and depth of the Digital News Report within Europe and produce a range of accompanying publications. At a time of unprecedented change Google’s support for this expansion within Europe, along with those of our many other partners and sponsors on the report, will allow us to develop the definitive study tracking the transition to digital news, greatly increasing the accessibility of the data and results and creating an invaluable resource for industry leaders, journalists, and researchers”.

"The Digital News Report is the most authoritative yearly analysis of the evolution of news consumption. The report has had a considerable impact across the industry as the indispensable tool for all editors, journalists, advertisers and technology organisations to better understand how to increase audiences. Google's support will allow the Institute, a key part of the Thomson Reuters Foundation’s activity, to further its mission in many more European countries, and help professionals keep pace with the exceptionally fast moving trends."

The financial value of Google’s Agreement with Oxford University is c. £5m for the grant period of August 2015 - December 2018.

Notes: Reuters Institute for the Study of Journalism The Thomson Reuters Foundation is the core funder of the Reuters Institute, based in the Department of Politics and International Relations at the University of Oxford. The Institute was launched in November 2006 and developed from the Reuters Fellowship Programme, established at Oxford 32 years ago. The Institute, an international research centre in the comparative study of journalism, aims to be global in its perspective and provides a leading forum for scholars from a wide range of disciplines to engage with journalists from around the world. 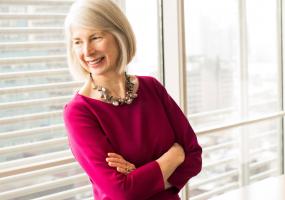 Rebecca Corbett on her role as the editor of the Weinstein story: “#MeToo is not the same thing as journalism” 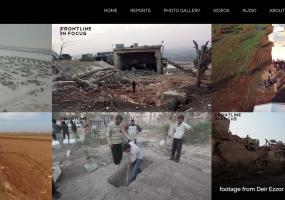 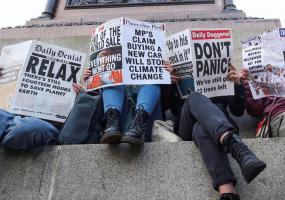