Launched in 2021 by nonprofit Africa No Filter, the agency has run 400 news stories portraying Africa beyond poverty, conflict and corruption 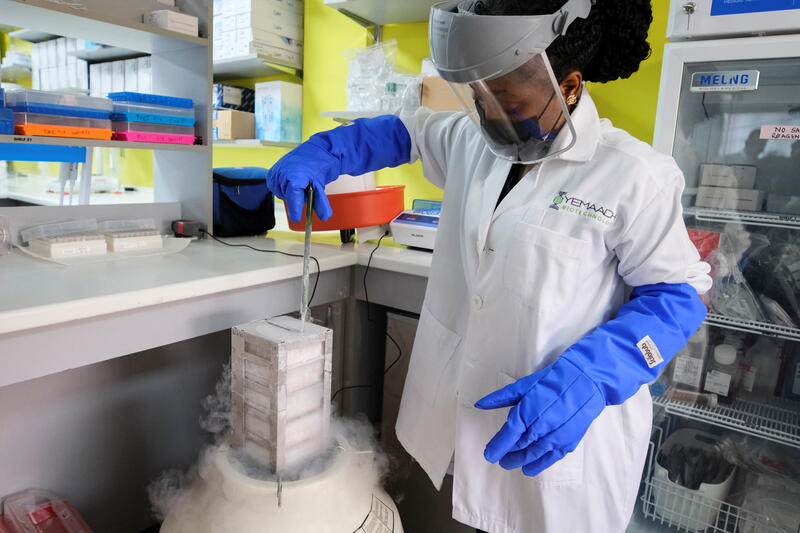 A new Africa-based story agency is aiming to break stereotypes and negative reporting about the continent. Launched in 2021, Bird works just like any other global news agency, but its news stories are distributed for free to news audiences through partnerships with about 100 African media outlets such as Mail & Guardian, News24, Quartz and Africa Report.

Bird advocates for more nuanced stories about the continent and distributes them a way more digestible for young, mobile-first audiences. “Africans are very reliant on global media outlets to tell our own stories,” says Moky Makura, executive director of Africa No Filter, the media nonprofit behind the outlet. She argues that stories about Africa are often told under five frames: through the lens of poverty, corruption, conflict, disease and poor leadership. “Those are the stories that most foreign media outlets cover and share with their global audience,” she says. “That’s why we set up this agency: to change these narratives and these harmful perceptions.”

Bird runs a remote newsroom with in-house journalists and editors who produce different kinds of stories. Freelance contributors who want to write for the agency pitch potential story ideas and work with an editor to get the piece published on the platform. Once their piece is published, they receive $200. “We find angles nobody is exploring,” Makura says. “The way we write our stories and the language we use matter.”

How Africa is covered

Makura and her team have carried out empirical research to better understand not only how foreign media report on different issues in the continent but also how African outlets cover it. “The first thing we wanted to understand was how African media outlets cover the continent,” she said. “We are always busy pointing fingers on foreign media outlets, but not so much at ourselves.”

In a report published in 2021, the nonprofit surveyed 38 African editors and analysed content produced by 60 African news outlets in 15 countries in two regions: sub-Saharan Africa and the Middle East and North Africa. Four focus group sessions were held with 25 international correspondents and editors of African and Pan-African media outlets.

The analysis showed that shrinking newsrooms and ad revenue impact the kind of news that Africans read. News was largely negative and conflict-driven. These sessions also showed that the sources for news-gathering on African countries are often problematic, that content often feeds old stereotypes, and that the quality of local journalism doesn't allow for the kind of nuanced and contextualised storytelling that is critical for telling stories about 54 different countries.

Lack of funds was identified as one of the reasons African news organisations don’t produce better coverage. For instance, 63% of the African outlets surveyed lack correspondents in other countries in Africa and one-third of all coverage was produced by non-African sources, with AFP and BBC accounting for one-quarter of all stories found in African outlets about other African countries.

Of all the countries surveyed, South Africa and Egypt were the countries with the most diverse coverage. According to the report, this means that those two countries are probably the ‘best known’ in the continent. These findings were quite disturbing, says Makura, who hopes Bird can address some of the issues highlighted by their research.

From wars, famine and slums to political instability and illegal migration, Western media outlets working in Africa have been often criticised for their stereotypical coverage of the continent.

In 2019, the New York Times found itself in the middle of a storm for the job ad they posted when searching for a new Kenyan bureau chief.

The ad said the prospective applicant “has a tremendous opportunity to dive into news and enterprise across a wide range of countries, from the deserts of Sudan and the pirate seas of the Horn of Africa, down through the forests of Congo and the shores of Tanzania.” The advertised position further described the continent as an “enormous patch of vibrant, intense and strategically important territory with many vital story lines, including terrorism, the scramble for resources, the global contest with China and the constant push-and-pull of democracy versus authoritarianism.”

Many Africans immediately criticised the ad and stressed it epitomised how foreign media have always covered the continent. Michael Slackman, the international editor who posted the job, apologised and claimed he used an old job description issued 18 months before. Critics stressed the job description was as problematic now as it was then.

A few months before, the New York Times was also criticised for publishing graphic images of victims of the al-Shabab bombing in Kenya and had to issue a statement.

And yet the New York Times is not alone in receiving this kind of criticism. Organisations such as CNN and the BBC have had their own fair share of complaints for negative coverage. In 2015, CNN International sent a senior executive to Kenya to apologise for a news story that described the country as “a hotbed of terror” before Barack Obama’s visit.

As a journalist with about two decades of experience, Makura says these narratives need to change. “Only a few African outlets have their own correspondents in other countries of the continent,” she says. “This means they are dependent on AFP, Reuters and AP and these organisations often frame news for their own markets.”

Since its launch in 2021, news agency Bird has produced almost 500 stories that shine a light on positive narratives about the continent and its people. These stories include more than 200 features with graphics and multimedia contents from over 60 contributors in 35 countries.

In August, the agency published a story which profiled a Cameroonian bio-engineer who designed neonatal incubators to help reduce infant mortality rates in his country.

The innovator was motivated to provide this innovative solution following the growing number of infants’ deaths in his home country.

A piece published in October showed how an engineering company in Nigeria is recycling old electronics to make new ones at little cost. Another article featured how Kenya introduced coding into its national curriculum, becoming the first country in the continent to make it part of the official syllabus. The new policy, approved by the Kenyan Institute of Curriculum Development, identified coding as a critical skill in the school system and could be an inspiration for other countries in the region.

A piece by the agency featured a 20-year-old student from Makerere University in Uganda who has joined the fight against malaria by developing mosquito repellant from spoilt milk. A report from Kenya showed how digital-savvy farmers and agricultural workers are using social media to network and find new buyers for their products, outside traditional markets. A similar piece showed how a bootstrapped drone company is helping small farmers in Zimbabwe save money and another report detailed how African countries are preparing to replace their fossil fuel-driven public transport systems with electric cars. These steps are aimed at fighting climate change.

Makura stresses that stories like these not only empower communities but also show the true image of Africa, devoid of bias and stereotypes. “Nobody is writing about these topics because they are not conflict and poverty issues,” she says. “We need to reframe our mind from negative stories about Africa.”

Apart from launching this news agency, Africa No Filter has built partnerships with dozens of media outlets and nonprofits. They recently partnered with the Thomson Foundation to develop a course that provides a guide for journalists on how to tell better stories about Africa. The course featured media experts and experienced journalists as tutors.

“Many journalists across Africa are trying to change the one-dimensional. This course will guide you on how you can be part of the change; telling the untold stories through the eyes and lives of ordinary people, and giving your audience agency in their own narrative,” said Catherine Mackie, editorial associate at the Thomson Foundation who is responsible for designing training programmes for the organisation.

The course has ten modules and is open for enrolment on a rolling basis. After completion, journalists fill out a survey and receive a certificate to be eligible to pitch a story idea to Bird.

Kate Ginikachi Okorie, a Nigerian journalist who took part recently, says the course helped her identify relevant voices for a story, build a solid structure, verify any information and adapt the story to different platforms.

An important step to correcting the negative narrative is to “source these stories from qualified African journalists who understand the nuances of voice and tone for such stories and can give proper representation to the characters,” Okorie says.

In 2021 Africa No Filter also partnered with a pan-African media platform African Arguments to create a journalism fellowship for young journalists on the continent. The initiative provides selected journalists expert mentorship and a platform to produce African-focused stories they are passionate about.

The organisation is also working on a report in collaboration with the Africa Climate Foundation to change the narrative on climate change in Africa. “Right now, Africa is often portrayed as the victim of climate change. There are not many positive stories about people in Africa doing something about global warming. So we are building content that’s linked to climate opportunities and people doing things.”

Makura’s team has many plans. One of them is developing a publicly available style guide to help journalists in better telling African stories. “The way journalists frame their stories matters,” she says. “Journalists often refer to Africa as the Global South or use ‘developing’ for some countries or describe informal settlements as ‘slums.’ These terms have nuances and deeper meanings and we are trying to undo that.”

Makura says a major challenge about the negative coverage of Africa in the media is that most journalists are not even conscious of the negative narratives they perpetuate. She suggests a few ways to change this narrative. “One way to do this is finding stories of people doing amazing and extraordinary things through wonderful local initiatives,” she says. “Another way is spotlighting developments in tech, musical and cultural export to the world and showing other beautiful aspects of the continent.” 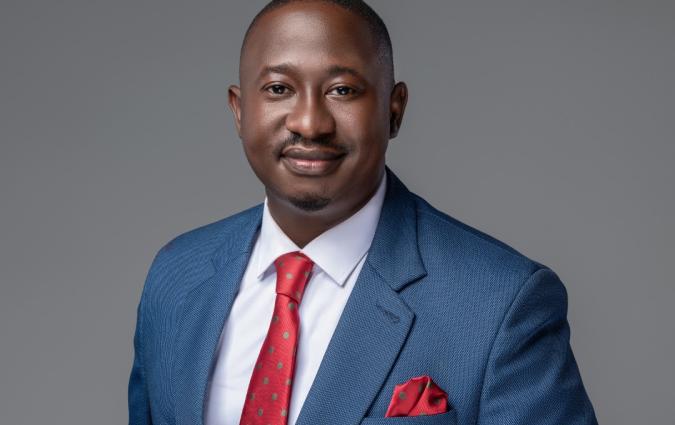 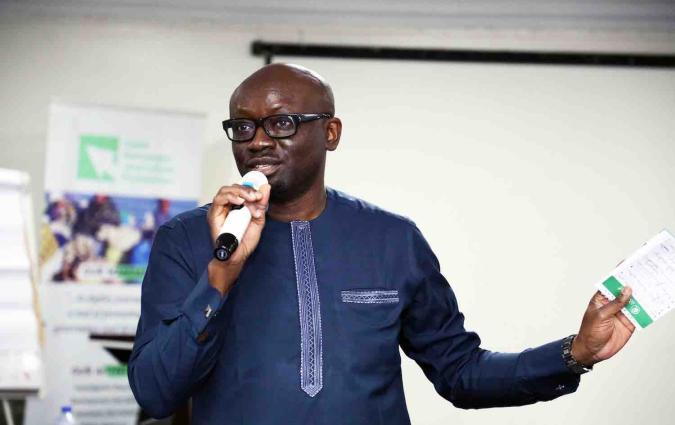 In an industry mostly run by men, a few women are changing Nigerian newsrooms 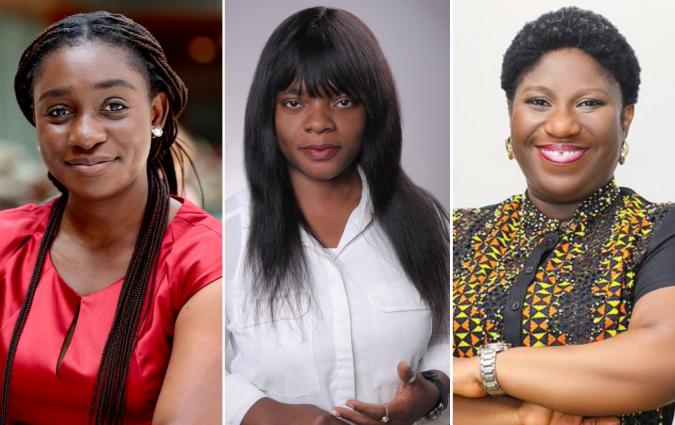