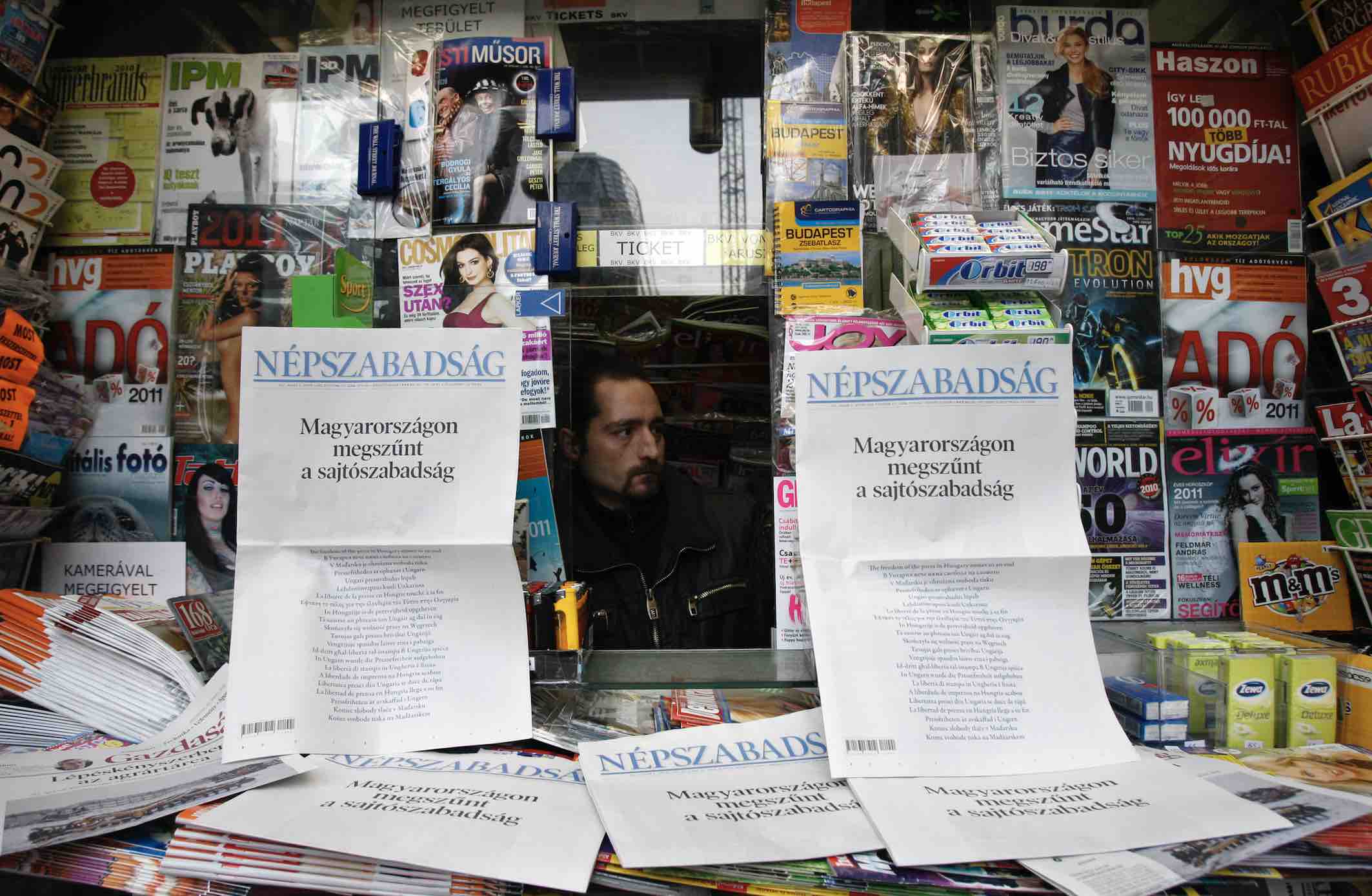 A Hungarian news agent look out from his stand in January 2011. The headline reads: "There is no longer press freedom in Hungary". Bernadett Szabo/Reuters

April 2020 felt like an endless string of emergency meetings at my news outlet, 444.hu. While reader numbers were skyrocketing, the digital advertising market collapsed. We had money left for three months at best, and had to start with the awful math of survival: how many people do we lay off? Whose salary do we cut? What parts of our journalism are we willing to sacrifice to keep our site alive?

I work as senior editor and business development director at 444.hu, one of Hungary’s last independent outlets. We operate in an environment where holding the powerful to account is increasingly difficult, and where state actors routinely interfere with the advertising market, starving independent media to favour those willing to toe the government line.

We have been growing our audience revenue programme for years, but when the coronavirus arrived, we had to switch gears. We turned to our readers, telling them openly that our survival was in their hands. If they wouldn’t pay for independent journalism, there wouldn’t be any independent newsrooms left.

We raised donations, organised a crowdfunding campaign and launched a very basic membership scheme. By the autumn, we had reversed all the pandemic pay cuts. By the end of the year, we hired eight new reporters and extended our coverage. This year, we're continuing to work hard on our new, sustainable business model.

That’s why my aim during my Journalist Fellowship at the Reuters Institute was to analyse the audience revenue programmes of other digital media outlets with the help of 23 editors, media managers, and experts from 19 outlets in 16 countries (mainly from Central and Eastern Europe and the Global South.

The resulting paper, which you can download at the end of this piece, investigates how independent news can survive in environments that are often low-choice and repressive. It tries to map out the common challenges and identify practical, adaptable solutions.

The responses from 19 outlets in my study show that, while there is plenty of interference with independent media by state and political actors, there is little interference aimed directly at audience revenue programmes of independent newsrooms. 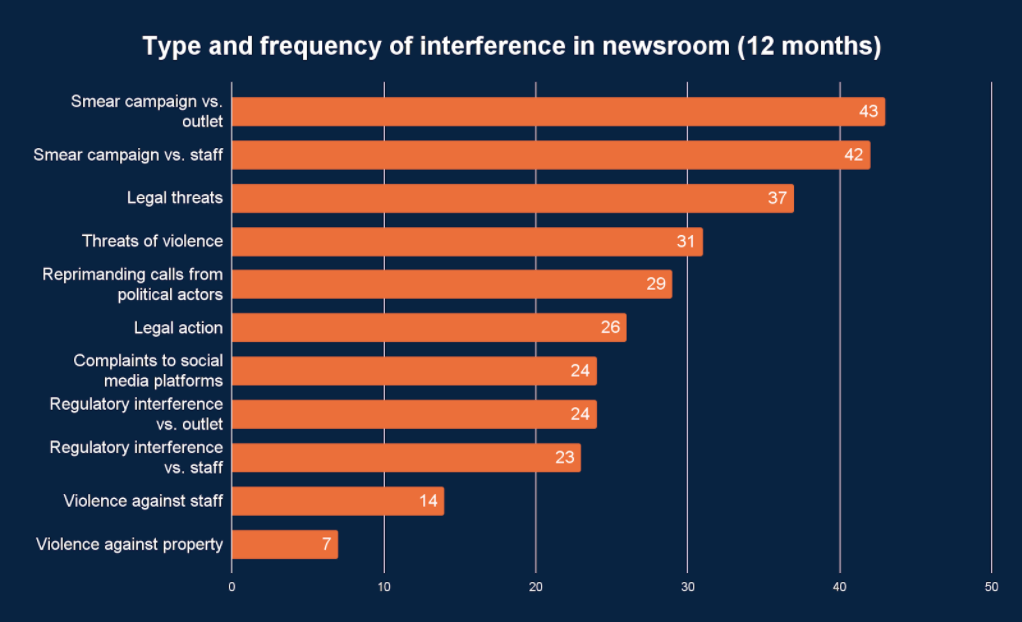 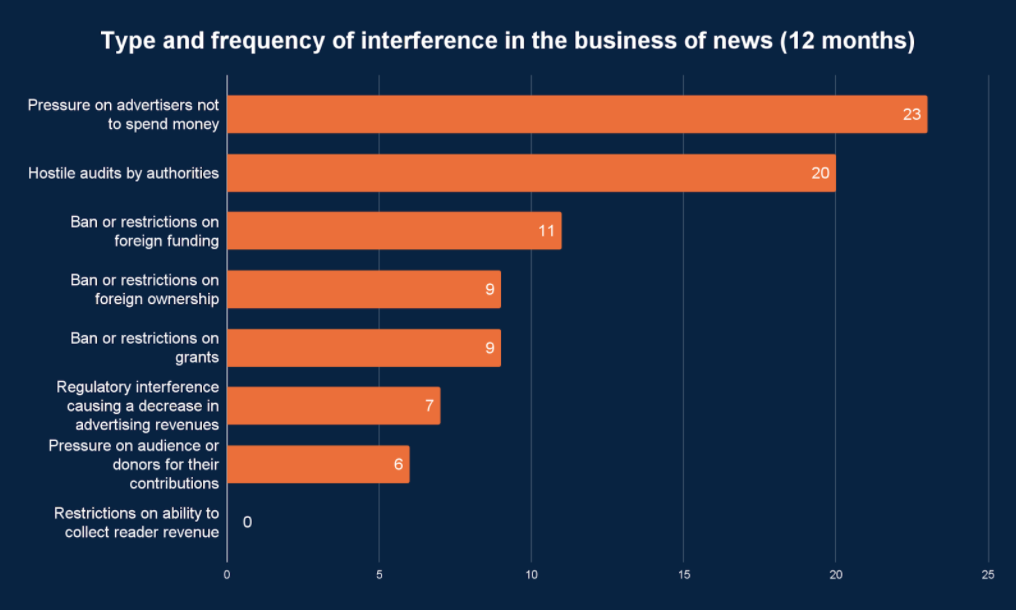 Paywalls may be a foregone conclusion in developed countries. But in the challenging environments polled for this study, paywalls are very much up for debate. Most outlets worry about limiting the impact of their journalism: this is why they are reluctant to charge for exclusive content.

Their reservations may be perfectly legitimate, but financially speaking paywalls work for those who implement them. Outlets with active paywalls reported a higher share of audience revenues on average than those who did not have them. I found that COVID-19 pandemic’s negative effect on digital advertising revenues may be driving some movement towards audience revenue models.

Listen to our podcast episode with Peter, speaking alongside Journalist Fellow Jakub Krupa

But while some readers may buy-in to support the mission rather than for specific services, providing them with recurring value is key when it comes to keeping them around. Conversions may be chiefly emotional, but retention is more transactional.

We often talk about the declining trust in news. When people have to make critical decisions about their health and security based on what is reported, trusting the right source can literally save lives. However, it's also important to think about how much we journalists trust our audience. In Hungary, putting our trust in our readers helped us survive a pandemic. 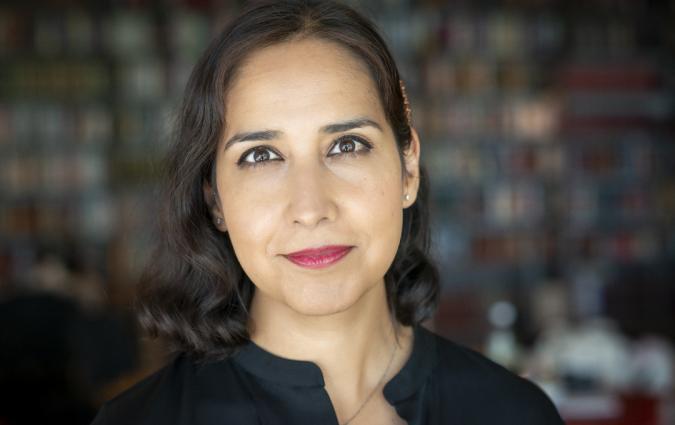