Traditional television viewing is falling, and the rapid rise of online video viewing continues. If television news providers fail to respond to these profound shifts in how people use media, they risk eventually becoming irrelevant, a new report from the Reuters Institute for the Study of Journalism, University of Oxford warns.

While television remains an important medium for news – and will remain so in years to come, according to authors Rasmus Kleis Nielsen and Richard Sambrook – failure to recognise and engage with the steep changes in the industry now could lead to losing touch with audiences as people, especially younger people, spend less and less time with traditional television.

Television viewing figures in the UK and the US have declined by 3 to 4% a year on average since 2012 – directly comparable to the decline in print readership seen by newspapers during the 2000s. The decline is particularly pronounced amongst younger people. Meanwhile, the rise of video-sharing sites, video-on-demand services and social media-integrated video means that younger audiences watch more and more online video.

“There are no reasons to believe that a generation that has grown up with and enjoys digital, on-demand, social and mobile video viewing across a range of connected devices will come to prefer live, linear, scheduled programming tied to a single device just because they grow older,” says Dr Nielsen, Director of Research at the Reuters Institute. “This raises wider questions about how sustainable the broad public interest role broadcast news has played in many countries over the last 60 years is.”

What’s the solution? At the moment, says the report, there is no one clear way forward, but the key is to recognise the challenge now, rather than maintaining a defensive, pragmatic approach. Incremental adaptation will not be enough to adapt to a rapidly changing environment. Broadcasters must harness their creative talent, strong brands and quality content to experiment, innovate, push boundaries, risk failure, and begin to reinvent themselves for an audience which increasingly prefers digital. This requires looking beyond the formats and organisational forms developed for a twentieth-century media environment.

The report shows how news is peripheral for players like Netflix, Amazon, YouTube, and Facebook, who drive the current boom in online video, primarily around entertainment. It looks at how online video news providers including legacy broadcasters, newspapers, and digital news sites, are carving out their own space in a changing media environment, developing new formats, distribution models and editorial strategies. “This is perhaps the biggest challenge for television news,” says Dr Nielsen. “How to reinvent its core social and political mission in a new environment and find ways of resourcing it. “The question should not be what will replace traditional television news. Nothing will. The question has to be how can we move beyond television news as we know it.” 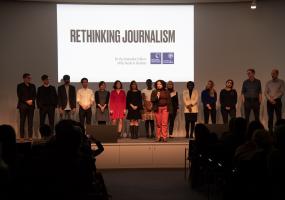 Do your bit for journalism. Donate to our new fellowship fund 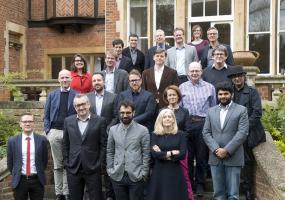 A distinguished group of news industry leaders, Editors in Chief and CEOs from 14 countries…