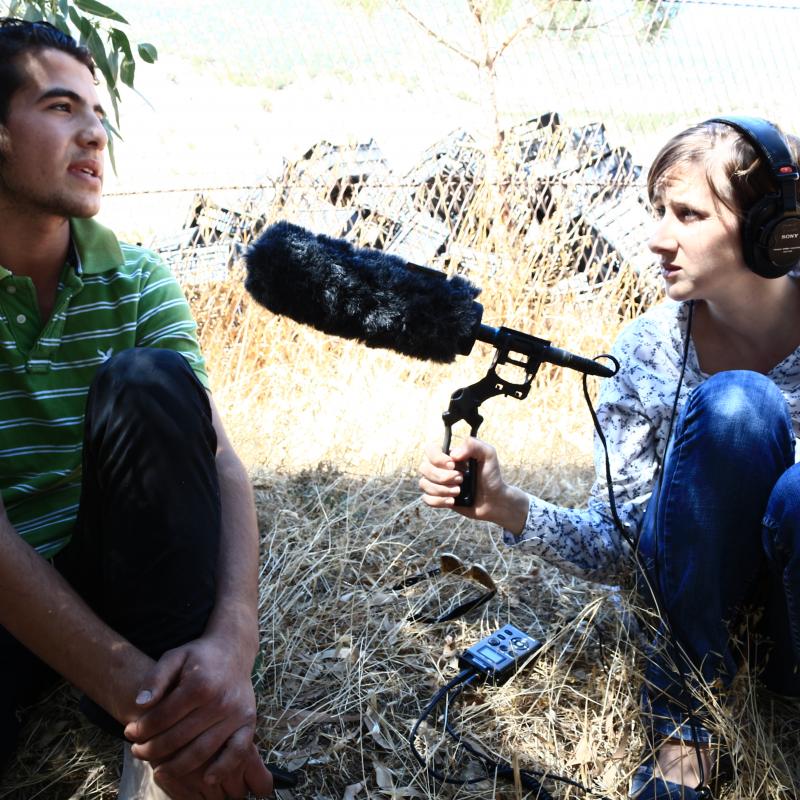 In 2009, Marrouch graduated with an MA in Journalism and Near Eastern Studies from New York University through a Fulbright Scholarship. After graduation, she started working in at the UN Bureau of the Arabic newspaper Al Hayat covering UN Headquarters as a reporter. In 2010, she joined the Committee to Protect Journalists, a New-York based press freedom group, as Middle East and North Africa researcher, based in Beirut. In August 2011, for the first time she reported from a war zone during battles for Tripoli, Libya with LA Times witnessing the fall of Bab Al-Azizia, Qaddafi's compound.

Since 2011, as LA Times Special Correspondent, she covered Syria traveling on assignments into Damascus and then into the north of the country to Aleppo and Idlib province. Along the dailies she also did cultural stories from Syria and Lebanon. In 2012, she received Anna Lindh Mediterranean Journalist Award for Reporting Across Cultures for Syria's coverage. In 2012, she signed a contract with National Public Radio as NPR's Beirut-based producer focusing mainly on Syria and Lebanon but also traveling on assignments to cover Egypt (pro and anti-Morsi protests), Turkey (Gezi Park protests). In 2014, she decided to go back to freelancing to join the fellowship at Oxford. She contributes to several Polish newspapers (Gazeta Wyborcz and Polityka) and is a native speaker of both Arabic and Polish.