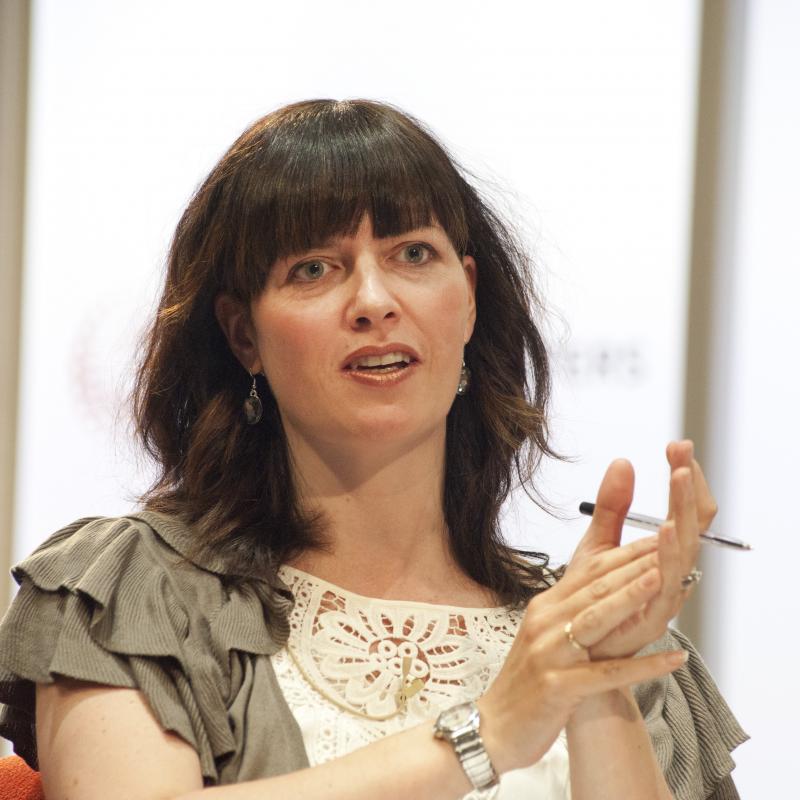 Glenda Cooper was the 2006-7 Guardian Research Fellow at Nuffield College Oxford culminating in the 14th Guardian lecture entitled Anyone Here Survived a Wave, Speak English and Got a Mobile?

Aid agencies, the media and reporting disasters since the tsunami presented at Nuffield on 5 November 2007. Read the lecture here. Glenda studied English at St Hilda's College, Oxford and journalism at City University, London. She began her journalistic career as a trainee, then as a specialist and columnist on The Independent, subsequently working as a staff feature writer and editor on the Daily Mail, the Sunday Times, the Evening Standard and the Daily Telegraph.

She presented Channel 4 Radio News’s 'Morning Report' and also worked as a correspondent for BBC News 24 and Radio 4's 'The World at One' and 'PM' programmes. In 2001 she was awarded the Laurence Stern Fellowship for the Washington Post; in September and October she spent five weeks in New York covering the September 11th attacks and their aftermath for the paper. Her research for the Reuters Institute looks further into the use of new media, and the relationship between aid agencies and journalists and is entitled: The End of the Affair – or a new Love Story? How closely do the agendas of aid agencies and the media converge, how is this changing, and what is the effect on coverage of disasters? She is currently a freelance writer and editor. Read Glenda's blog here.

From their Own Correspondent?