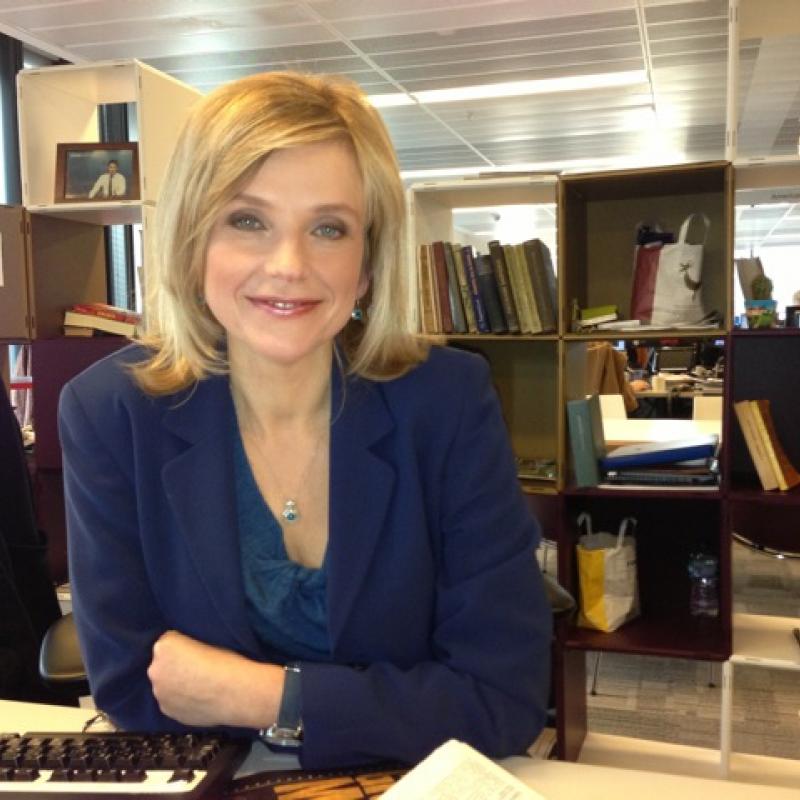 Her work has been shown across BBC English networks, Russian, Ukrainian, Kyrgyz, BBC Afrique and other outlets. She reports on politics, religion, arts and business. Olga produces a TV news bulletin for an independent TV channel in Russia, TV Rain.

Olga first dipped her toe into journalism in Northern Ireland where she reported on the conflict there and the Good Friday agreement. Before becoming a journalist, Olga was an academic, teaching at various UK universities. In her latest post at the Queen’s University of Belfast she taught courses and conducted research on the politics, history and culture (including film, theatre and media) of Russia, former Soviet Union and Eastern Europe, and on research methods.

Olga holds two higher degrees from UK universities, a PhD in Russian Studies and an MA in Middle Eastern Studies. In her recent dissertation for the School of Oriental and African Studies (London University) she analysed Russia’s attitudes to the Arab Spring events in Libya and Yemen.