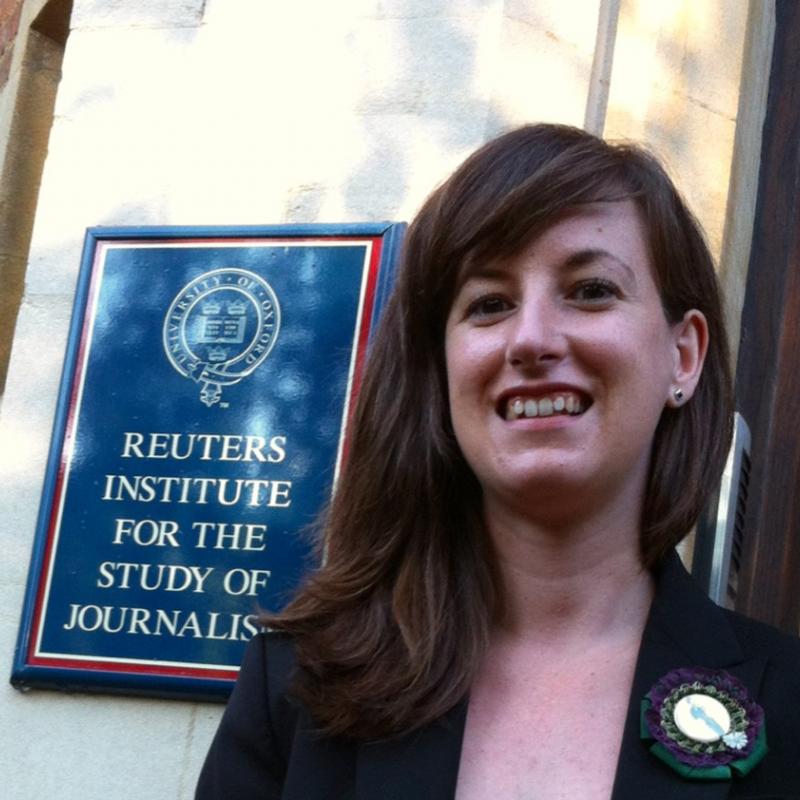 Journalist at Agencia EFE, the leading international news agency in the Spanish language

Catalina Arévalo is an environmental journalist and author who has been working for Agencia EFE, the fourth largest news agency in the world, since 2003. She is a reporter in the environmental section and was one of the co-founders of EFEverde, the new multimedia and internet service on environmental news.In her day-to-day work she develops, researches and writes daily news, features and interviews related to environmental politics, biodiversity, water, climate change, energy and sustainable development both on a national and international level. Before joining Environment, she covered home politics and social issues in Madrid, where she is based. Prior to EFE, she has worked as a Communications Assistant to the Spanish Minister of the Environment, as a reporter for El Mundo newspaper and the COPE radio channel. Catalina is a frequent contributing writer and panellist for national and international environmental publications and conferences. She is part of the Forum on Atlantic Media and the Environment (FAME), the Society of Environmental Journalists (SEJ) and the Spanish Asociación de Periodistas Ambientales (APIA). Catalina has a Bachelor of Social Sciences in Journalism from the Universidad Complutense de Madrid and has done post graduate studies in Environmental Journalism at the Universities of Antwerp (Belgium) and California (US). She was an NSK Fellow in Japan (2008), where she went as an exchange journalist to gain insight into the diverse Japanese culture and society; and will be exploring and researching reports about environmental issues throughout the United States later this year, as a Transatlantic Media Fellow.

Climate Change Summits beyond Copenhagen: Who Goes, Who Stays, and How Are They Covered?