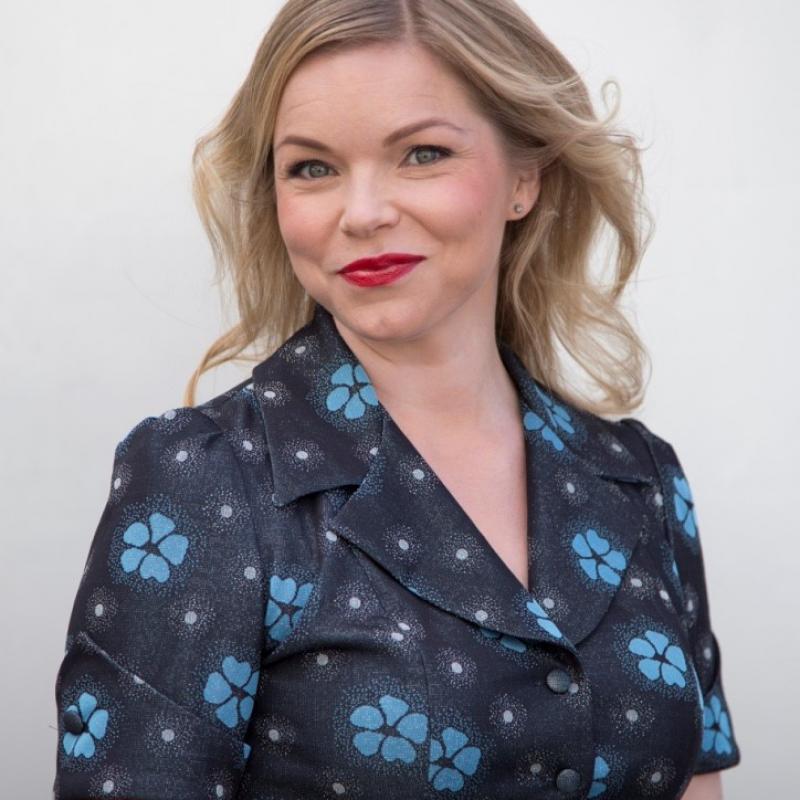 Anne Moilanen is a Finnish journalist and communications professional who has specialised in politics, culture and gender issues. In Finland, she has a wide track record as a reporter at various media outlets; an editor-in-chief, a special adviser to a government minister, a TV and radio personality and a columnist. She is a visiting fellow at the Reuters Institute for the Study of Journalism at Oxford University for the academic year 2015/16.

Just before moving to UK, Anne worked in the Finnish Broadcasting Company YLE as a TV news editor and newsreader, covering Helsinki regional news. She has worked for YLE for many years: as a news and current affairs reporter, and also as a freelancer. She has run her own feminist radio show Tulta munille! (Fire to the Balls!) concerning gender issues, and she has performed as a regular commentator in many of YLE’s programs, including weekly TV morning show Jälkiviisaat (Hindsighters) and journalist’s panel discussion program Pressiklubi (Press Club).

Starting her career in the 1990s, Anne has worked on many newspapers and magazines, including Finland’s biggest newspaper Helsingin Sanomat and a traditional weekly women’s magazine Anna. From 2008—2012 she was editor-in-chief of the feminist NGO magazine Tulva (Flood), which has won many prizes for its journalistic quality.

In Finland’s last government, Anne served from 2012—2014 as the culture minister’s special adviser. Anne was responsible for the former minister, Mr Paavo Arhinmäki’s media relations, as well as advice regarding arts and culture politics. Anne herself is politically nonaligned.

At the beginning of her journalist career, Anne specialised in culture, especially in theatre and literature. She worked for several years as a theatre critic. Anne holds an MA from Tampere University where she majored in Theatre and Drama and has also studied at Stockholm University, Sweden (film theory). In recent years, Anne has part-time studied marketing and management.