By temporarily blocking EU users as a response to this regulation, some US news sites have suffered long-term losses of European visitors 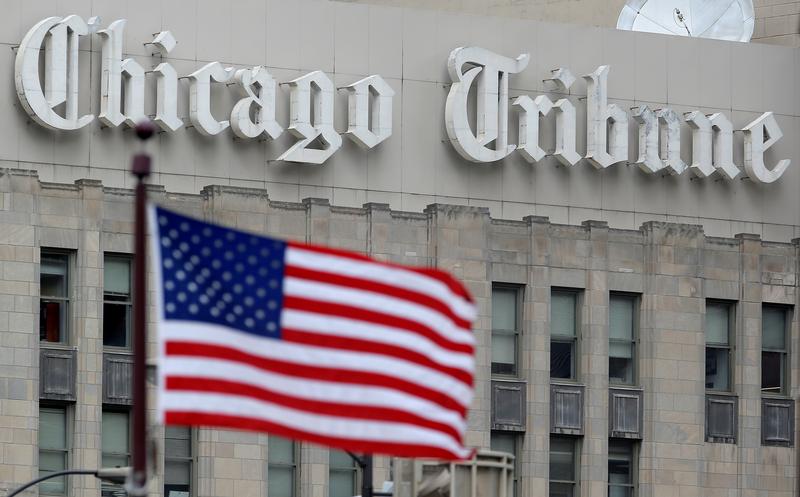 If something is denied you, does that make you want it more, or less? My new study, conducted with James Sly, Richard Fletcher and Bartosz Wilczek, looks at how the temporary unavailability and rationing of websites affects their consumption over the long term.

The study was prompted by the events of May 2018, when EU visitors to some US websites, such as the Los Angeles Times, started to see screens stating that the sites were unavailable. This wasn’t a technical glitch but rather a deliberate decision by some publishers to eliminate or reduce their product offering to EU residents. They did this in response to the introduction of a new EU data protection regulation, the GDPR. Some US publishers decided it was not worth changing their data collection practices for the relatively small market EU visitors represented and blocked those visitors completely. One publication, USA Today, rationed EU users’ access, redirecting them to a GDPR-compliant bare-bones version of their site. Other US news sites, like The New York Times, immediately adapted to the GDPR and didn’t block.

The differing strategies of these news sites allowed us to conduct a quasi-experimental study on the effects on consumption of temporary website withdrawal and temporary rationing. Before I detail our method and results, what did the theory lead us to expect?

The first set of literature we drew on concerns the impact that unavailability has on products’ desirability. In some circumstances, a product’s unavailability will result in its being evaluated more highly, like the proverbial forbidden fruit. In other circumstances, a product’s unavailability will frustrate consumers, resulting in a decreased evaluation, as was the case with the fox who, unable to reach the grapes in Aesop’s fable, claimed he didn’t want them anyway. Hence the expression ‘sour grapes’.

The circumstances that lead to increased or decreased evaluations were described by Theo Verhallen and Henry Robben in their 1995 study Unavailability and the evaluation of goods. In our case, the theory suggested that the GDPR-inspired blocks would decrease the news sites’ desirability for EU visitors. This is because the blocks were not an act of nature, but a deliberate, explicit decision by the sites’ owners, and also because an in-group of non-EU visitors continued to have access, which might irk the EU visitors and negatively influence their evaluations of the sites.

Also relevant here is the extensive literature on status quo bias, which shows people tend to have a preference for the current state of affairs, even when another, better option exists. Therefore, whatever EU users started to do when they found themselves blocked from US sites they may well have continued to do even after the US sites unblocked.

To our knowledge, there’s only one other study that has empirically investigated the effects of temporary unavailability on website consumption. Avi Goldfarb’s 2006 investigation of denial-of-service attacks on Amazon, Yahoo, and CNN found that quite a short period of unavailability – just a few hours – hurt those websites for up to three months. This was due to both status quo bias and a reduction in preference for the affected websites. Goldfarb also found that users who had experienced a website’s unavailability first hand were less likely to return. Because the sites in our case were unavailable for much longer than those that Goldfarb studied, more people would have experienced their unavailability first hand. Therefore, we might expect even more profound effects than Goldfarb found.

Our overall research question, then, was this: What effects have the GDPR-prompted temporary unavailability and temporary rationing of news websites had on their consumption?

To answer this question we analysed the consumption of four news websites that either temporarily blocked EU visitors or rationed their access: the Los Angeles Times, the Chicago Tribune, USA Today, and Us Weekly. We focused on the consumption from one European country, the UK, which retained the GDPR after Brexit. The metrics we used were monthly unique visitors and monthly total minutes. To control for other potential impacts on consumption specific to the individual websites in our treatment group, like changes to their paywall policies, we used Canadian visitors as a control group. Canadian visitors were never blocked, so their consumption provided a good baseline against which to compare UK consumption.

We also used a second control group of six sites that did not restrict their availability to EU visitors. This controlled for factors affecting the market as a whole, like Trump- or Covid-related bumps in news consumption. Our data came from Comscore, whose tracking software can detect browsing from PCs even when a VPN is being used. This is important because some EU visitors might have used VPNs to circumvent the restrictions.

So, what did we find? Unsurprisingly, during the blocks the number of unique monthly visitors was reduced by between 82% and 96%. The reduction wasn’t 100%, because people could still go to pages saying the sites were unavailable.

What’s of more interest, however, is what happened after the blocks were lifted. As the literature suggested, the temporary unavailability of the websites had had a long-term negative impact on their consumption from the UK. With the Chicago Tribune we saw only a partial recovery with no upward trajectory. With the Los Angeles Times, USA Today, and Us Weekly, there was also only a partial recovery, although visitor numbers were, there, trending upwards.

Looking at our control groups of non-blocking sites, we saw there were mostly falls over time in UK visitors to these US news sites. However, this market-level factor doesn’t fully explain the losses in monthly visitors suffered by the Chicago Tribune, USA Today, and the Los Angeles Times after they restored full access. It’s harder to say whether Us Weekly’s failure to fully recover is due to the wider market contraction.

We looked also at monthly total minutes. These fell for all the sites in our treatment group, except USA Today. You’ll remember that USA Today opted to ration access. After full access was restored, total minutes from UK users jumped to a level higher than before rationing began, despite the fact that the site had fewer visitors. This was a consequence of visitors visiting more frequently, viewing more pages per visit, and spending more time on each page. These changes were not found in our control group of newspapers that never blocked, so are not part of a wider trend.

In conclusion, our study supports the theory that, under particular conditions, unavailability can reduce a product’s desirability, affecting future choices. Sour grapes, in this instance, had the upper hand. We’ve also shown that longer periods of unavailability may result in longer-lasting negative consequences for temporarily unavailable sites.

The GDPR was an unusual event, but the suspension or withdrawal of media products is not uncommon. We’ve recently seen the EU’s banning of Russian-backed media over the invasion of Ukraine. When or if service is restored in those instances, will it be a case of sour grapes or forbidden fruit? Our study provides some clues.

The full study, “Forbidden fruit or soured grapes? Long-term effects of the temporary unavailability and rationing of US news websites on their consumption from the European Union”, is published in The International Communication Gazette.