“The impact of climate change in the Himalayas matters. It’s a global and regional issue” 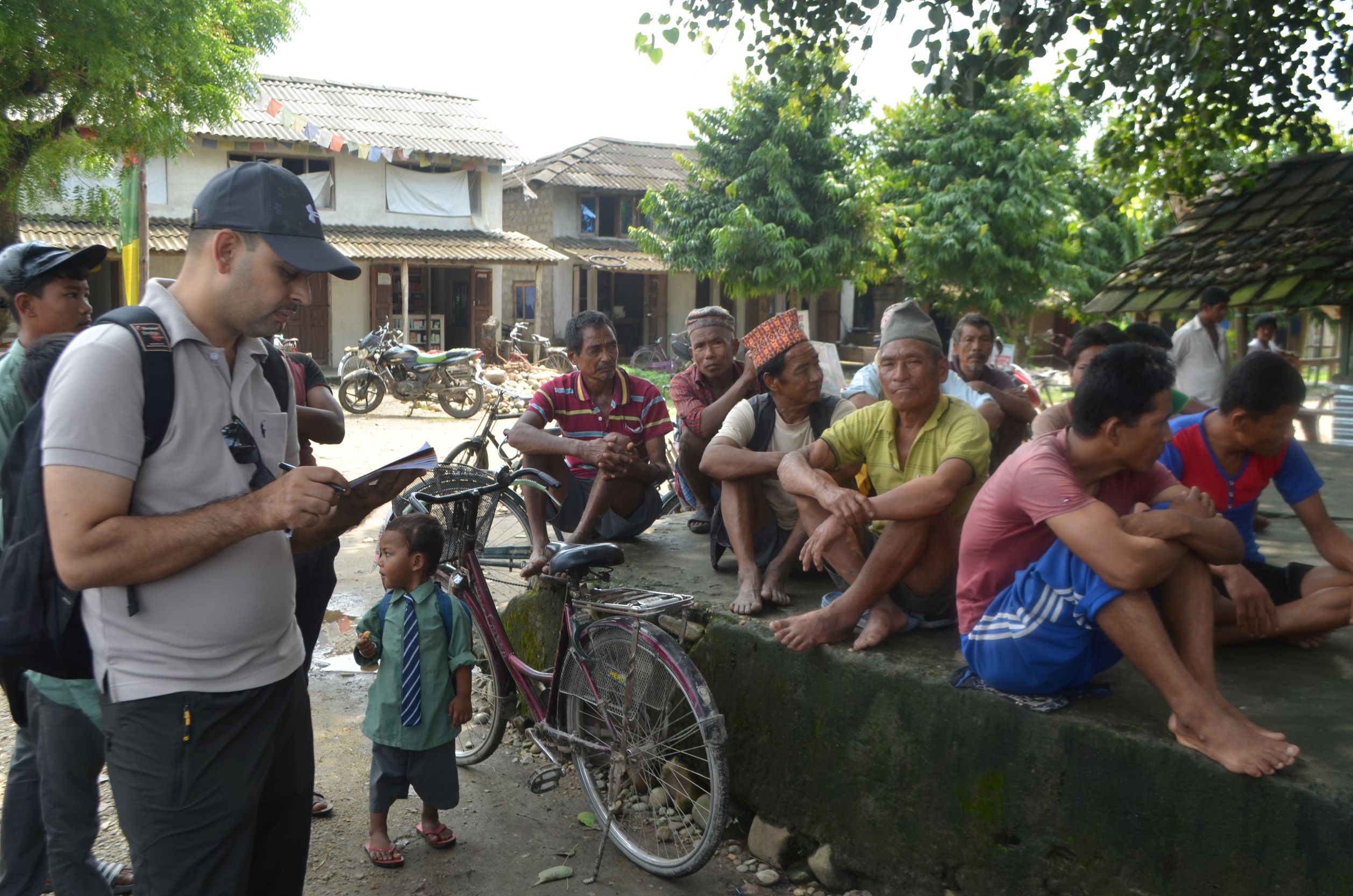 Mukesh Pokhrel is an experienced environment and climate journalist based in Kathmandu, Nepal. He has done many climate stories in the last few years. In 2021 he was awarded the Climate Change Media Partnership Reporting Fellowship by the Earth Journalism Network and the Stanley Center. Mukesh joined the first cohort of the Oxford Climate Journalism Network in January 2022. In this interview he speaks about his career and about the challenges facing journalists covering the climate crisis.

Q. Tell us a bit about your career. How has it evolved?

A. I spent my childhood in a small village located in the western part of Nepal. It’s more than four hundred kilometres from Kathmandu [Nepal's capital]. Journalism was my passion since I was a child.

I used to listen to news bulletins regularly since I was eight or nine. At that time, the radio was the main medium for us. So I would listen to Radio Nepal and BBC Nepali Sewa every day. Newspapers were not accessible back then. If you wanted to read the newspaper, you would need to walk for a whole day and go to the district capital. Sometimes you couldn’t even find fresh newspapers. So you had to buy old newspapers if you wanted one.

My journalism career started in 2001, when I started to work as a news reporter for a local newspaper in Butwal. In the beginning, I struggled. Some people tried to demoralise me but I didn’t deviate from my work. At that time, Nepal's political situation was not good. There was a civil war and the king targeted the news media and installed censorship so I lost my job.

After some time, things improved. I started to work with MF Radio and I received journalism training. This transformed my career. In 2007 I started to work with the national newspapers such as the Himalkhabar Patrika and the Natya Patrika national daily, and also weekly newspapers based in Kathmandu. I joined Himalmedia as a full-time reporter and I spent almost five years there.

Himalmedia gave me a big opportunity to know the country and to cover the environment. I got a chance to participate in national and international programmes. The focus of my work has been the environment, the climate crisis, and the forest beat. Some of my stories were recognised in Nepal.

Q. How has the coverage of the climate and the environment changed since you began covering the topic?

The main reasons why Nepali news media struggle to cover climate change are lack of knowledge and understanding of the issue and weak resources. However, climate coverage has been increasing in the last five years. Ten years ago, the phrase 'climate change' was something new. Nowadays journalists know what it is and have started to cover climate issues, but it is not enough.

Q. What does climate change in the Himalayas look like?

A. The impact of climate change in the Himalayas is bigger than in other areas of Nepal. Several studies are showing that this impact is rapidly increasing. In the Himalayas, 47 of the watersheds of Nepal’s three main rivers are at high risk of bursting and causing catastrophic floods downstream. Of these, 42 lakes are on the Kosi River basin in eastern Nepal, three are on the Gandaki and two on the Karnali watersheds.

However, not all the lakes are located in Nepal. Of the 47 dangerous lakes, 25 are in Tibet and empty into rivers that flow down directly into Nepal. One of the high-risk lakes is in an Indian territory near Karnali. The Kathmandu-based International Centre for Integrated Mountain Development (ICIMOD) and UNDP mapped 3,624 glacial lakes in the three river basins in Nepal, China and India, of which 2,070 are within Nepal’s boundaries. The other 1,509 are on the Tibetan Plateau in China and 45 are in India, but drain into Nepal.

Of the 47 dangerous lakes on the Kosi, Gandaki and Karnali basins, 31 were found to be at very high risk of bursting and causing damage.

The Himalayas have seen an abnormal amount of rainfall in monsoon seasons. According to the local residents, it is a new phenomenon.

Q. What are the greatest challenges you face when covering climate change in the region?

A. The biggest challenge is the lack of resources to do stories about climate change. I should go to the rural areas to see the real impacts and find out what is going on. But sometimes I can’t go due to the lack of resources. This is a problem for all Nepali journalists. Media houses do not invest in that type of story.

Others think that there is not enough reliable data. But we can still do stories on angles related to human livelihoods, culture and biodiversity.

Q. What kind of coverage of climate change in the Himalayas would you like to see from non-local newsrooms?

A. The impact of climate change in the Himalayas matters. It’s a global and regional issue. If snow melts, this will impact places like Bangladesh, India or even the Maldives. So global outlets should report on snow melting and glacier outburst. They should also cover the impact of international nature-based tourism and abnormal rainfall in the Himalayas.