In the months since Brexit and the US presidential election, the term “fake news” has been widely invoked and often misunderstood, but the phenomenon that inspired the term—the apparent spread of false information online by actors with both commercial and political agendas—remains of serious public interest and concern. Legislation designed to curtain the problem has been proposed in Germany, an inquiry has been launched into the matter in the UK, and digital platforms such as Facebook, Google, and Twitter have announced their own efforts to curtail the apparent problem of fake news on the internet.

But what do we really know about fake news? What more do we need to know? And how should policymakers and industry actors design effective and suitable responses to the problem given these uncertainties?

On Saturday, February 11, 2017, the Reuters Institute for the Study of Journalism convened a group of editors, researchers, and industry professionals to assess the contemporary challenges related to the spread of fake news. This workshop was an effort to bring experts together from varied backgrounds to debate the multiple dimensions of the problem, clarify its scope, and consider informed and appropriate solutions if and where it is warranted.

What is Fake News?

Discussions at the workshop underlined how many definitions exist of “fake news.” While most distinguished more malicious examples of fake news from news content that simply happens to contain mistakes or errors despite the genuine efforts of reputable journalists to verify information, there was less agreement on how broadly or narrowly to conceptualize the term or the problems it represents.

In its most narrow permutation, fake news is false information knowingly circulated with specific strategic intent—either political or commercial. Such content typically masquerades as legitimate news reports while trafficking in conspiracy theories or other matters laden with emotional appeals that confirm existing beliefs. The content relies on sometimes unwitting individuals situated in like-minded communities to redistribute and share the information, or in some cases it utilizes more sophisticated automated methods to game the algorithms of social media platforms and engineer broader dissemination online.

But it is widely seen as only part of a wider set of problems. Participants raised several other broader categories of questionable “news” deserving of consideration as well. These included polemical information often rooted in distinct partisan agendas, news that blends some truthful facts with misinformation or a false context, as well as state-sponsored media which may exhibit both of these tendencies. Some workshop participants were particularly concerned about the influence of this latter category and suggested that by routinely mixing truth and fiction, some outlets (for example, some state-sponsored international news media) were intentionally seeking to overwhelm the public agenda, undermine trust in independent news providers, and sow doubt about objective facts.

How Serious a Problem is fake news?

Several participants pointed out that many of these concerns are not new. Scholars have long worried about the quality of information circulating among the mass public and the influence of polemical voices on the ability to sustain civil political dialogue. Some noted that concerns over fake news are in part symptomatic of larger anxieties among media professionals and government officials as the “top-down” model of information is replaced with new systems in which information is chaotically distributed across networks of individuals. Whereas in the past the press was sometimes treated as a public utility which could provide relevant and reliable information for democratic self-governance, the authority of journalistic institutions is now routinely challenged at the same time as their economic foundations are under severe pressure.

What is unique about fake news today, workshop participants emphasised, has been the role of digital platforms in facilitating the spread of both information and misinformation. Social media enables the distribution of information at unprecedented speed, and because people are more likely to trust information shared by people they know, it may also inadvertently lead more people to believe fake news than they might otherwise offline. Others pointed to the role of digital advertising networks in contributing to the problem by creating lucrative financial incentives for individuals to anonymously exploit the gullibility of social media users.

Researchers attending the workshop stressed that much remains unknown, particularly with respect to the scale of the problem and the degree to which internet users’ news diets actually include large amounts of fake news content. Some preliminary data was presented concerning the pervasiveness of such information on social media in the US during the closing weeks of the presidential campaign, but other scholarship has found that traditional sources of news continue to dominate most citizens’ media repertoires. Future research is needed to assess the depth of the problem and what impact (if any) fake news may have on the attitudes and behaviours of news users, and how it compares to other issues like polarization between news users and non-users or along partisan lines. Several participants noted that concern over fake news may be overblown if it only affects a small segment of the public already predisposed to believe it.

Strategies for Addressing the Problem

Many participants agreed that digital platforms had some obligation to address the problem, but there was little consensus about precisely what solutions were needed. Recently announced strategies have included greater policing of actors that transparently misrepresent themselves on social media (e.g., “spam”), improved systems for users to flag information they suspect to be false, and partnerships with third-party organizations to evaluate claims and make fact-checking reports available in order to help users make more informed decisions about sharing content they encounter. Several participants were wary of making blanket decisions downgrading individual news providers in search and social algorithms as a step toward censorship. Others believed platforms had a responsibility to exert more active editorial control for the sake of their users and their increasingly prominent role in public life. It is easier to see how such measures could be targeted to the relatively limited number of sites that produce 100% fabricated and clearly fake news than to the much wider issue of misinformation and disinformation produced either for profit or for political purposes.

There was more agreement about the importance of addressing the incentives that underlie the distribution of some portion of fake news. While established media companies are often penalised when they make errors or fail to check facts, fake news providers often operate under the cover of anonymity and their reporting of false information is typically met with no consequences. If anything, such firms may benefit financially from online advertising networks. Some workshop participants recommended greater engagement with advertising agencies and corporate advertisers as one strategy for correcting the problematic incentives underlying commercial fake news.

Several participants stressed that in the long term, education and media literacy are also critical. The public must become more discerning users of online information. Stemming the tide of fake news, to the extent that it is a tide, depends on the collective decisions of millions of individual users whose choices around clicking and sharing false information determine its spread; solving the problem cannot rest on platforms alone.

Finally, it is clear that the classic response to speech – counter-speech – will be key to combat fake news too. Journalists and news media organisations have a central role to play both in confronting falsehood and in terms of clearly and effectively differentiating themselves from fake news. In that way, the rise of fake news may present journalism with an opportunity to demonstrate to the public that they should seek out real news—not fake news—if they want to understand the world around them.

Kate O'Regan, Director of the Bonavero Institute of Human Rights 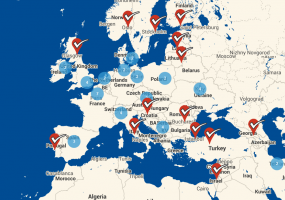 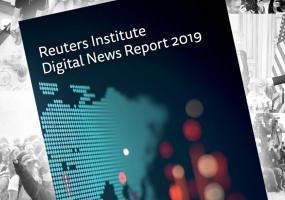 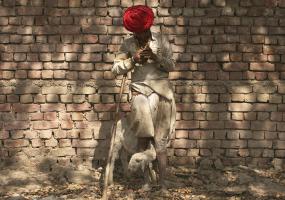 What lies ahead for India’s digital journalism start-ups? 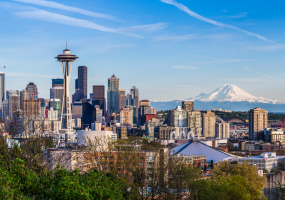