“The future of journalism is small, intimate and personal,” says Indian journalist who’s writing about mental health on Substack

Tanmoy Goswami was the world’s first sanity correspondent. Now he’s creating a platform to highlight these issues in the Global South 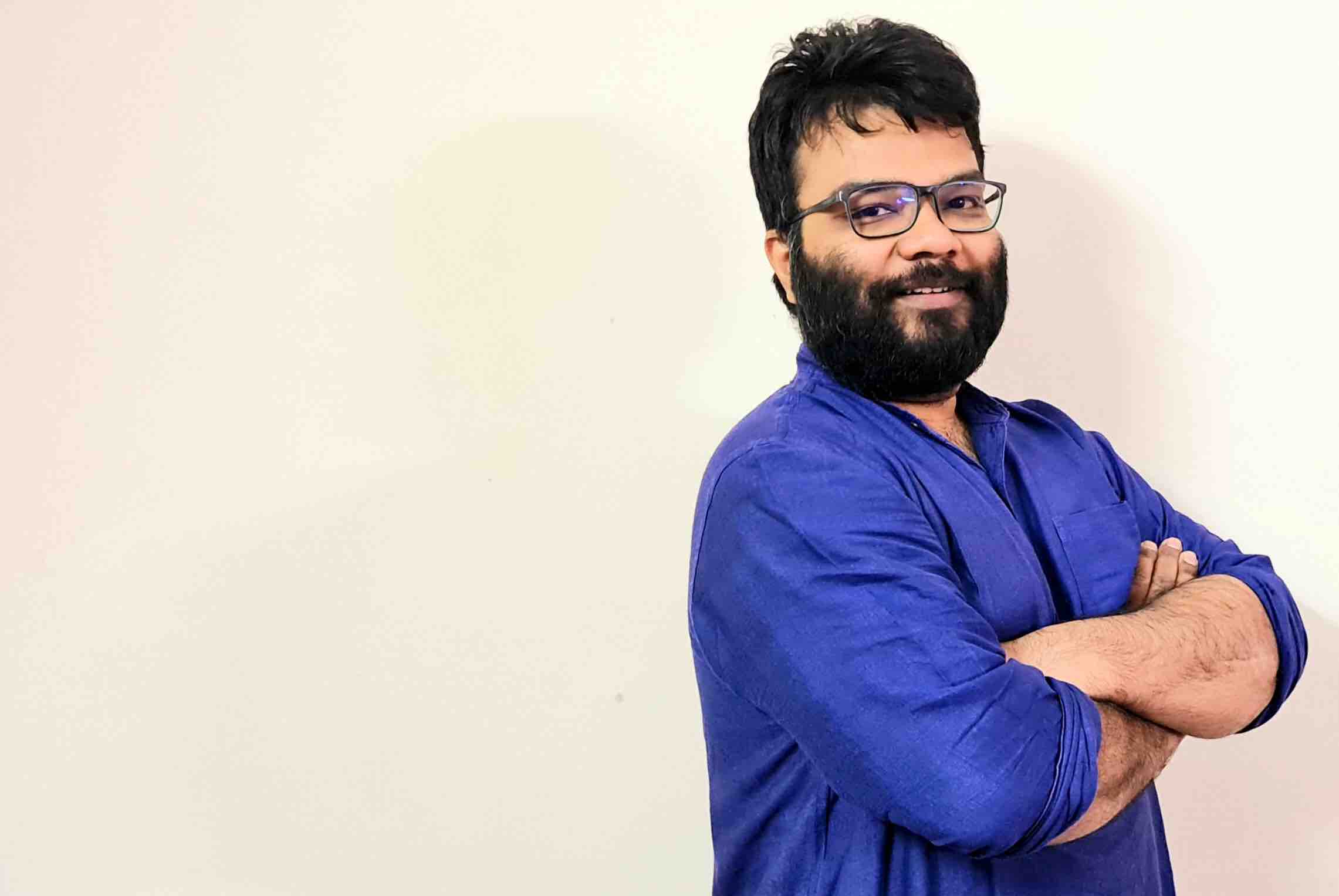 Tanmoy Goswami was the world’s first sanity correspondent. The New Delhi-based, former business journalist covered the marginalisation of low and middle-income countries in the global mental health movement for The Correspondent until the end of 2020.

Following the sudden closure of the news site, Goswami has gone solo, launching Sanity by Tanmoy, a website and newsletter to continue his reporting on mental health. He also advises an initiative to improve the quality of suicide reporting in India’s English newspapers and is a member of the Entrepreneurial Journalism Creators Program at the Craig Newmark Graduate School of Journalism.

His journalism is driven by personal experience of living with depression, anxiety and self-harm, but also by the desire to address global mental health crises and the emerging needs of India’s burgeoning youth population. In this interview, Goswami explains why mental health journalism matters and what journalists and news publishers can do in the Global South in this field.

Q. You spent more than a decade in business journalism, working for Fortune India and ET Prime, the subscriber-only offering of India’s The Economic Times. How did you start reporting on mental health?

A. I had my first mental health diagnosis back in college. It scared me so much I ran away from therapy, but around 2016/2017, I had the worst year of my life. I quit my job with Fortune. I had to return an advance for a book commission. I just stayed in bed in near-total darkness and started proper medication and therapy.

During this time, I wrote an article on LinkedIn about how it felt to stop working full-time. My depression was fairly uncontrolled. I felt naked and vulnerable, paralysed like a soldier lying on a booby trap that can't move. I posted again and the next morning my notifications were flooded – it had been showcased on the India homepage.

I got messages from around the world. I wasn't prepared for the outpouring of solidarity. It stirred feelings in me I didn't know existed. Mental health journalism was very far from my orbit, but I started a thread on Twitter maintaining a “diary” of my experiences. I got invited to speak on podcasts and to appear at events. Everything I did at that point was completely selfish: it was just a way for me to preserve myself.

In 2018, I was starting to feel better. I joined ET Prime. Right after that, I became a parent. The day my son was born, someone in the hospital whispered to me that I should be careful not to pass “it” onto my child. I realised they meant my depression.

After all these experiences, something snapped. I couldn’t do mental health advocacy part-time anymore. I was aware that journalism on mental health is one of the only kinds of journalism that would allow me to be an activist. I’d seen concrete, positive change coming out of our advocacy in areas like the depiction of suicide in the media. I wanted scale and needed a platform to help me amplify my voice – then The Correspondent came along.

Q. Why do we need mental health journalism?

A. To restore dignity to the individual in the healthcare system. It's very difficult for an individual to retain any sense of autonomy, dignity or joy in its vast mechanics, especially when it comes to mental health.

The dominant Western models of mental healthcare are systems based on the denial of racism, gender violence and economic oppression. By equating this system with other medical disciplines like cardiology, for example, it ends up placing exclusive blame for any condition on the individual, while at the same time robbing them of their humanity by completely refusing to acknowledge the systemic stressors that cause us to become ill in the first place.

Q. How can greater reporting on mental health help the journalism industry?

A. If you are a business, politics, crime or climate reporter, you are mindful of various socio-economic forces and their impacts. The first impact on the individual is typically on the mind and body. If you become a little more aware of that no matter what your beat, you will become a better reporter.

By putting mental health at the heart of our journalism, we consign to the dustbin this idea of there being separate human interest stories. It is impossible to do journalism, without having human interest at the centre every single time. Also, it's hard for people to talk openly about their mental health experiences, especially in journalism. Every single journalist I know who has had the courage to speak publicly has faced some form of ostracism.

I was fortunate in going public with my experience. When I joined ET Prime, I was given a new-starter questionnaire. The last page is always a health question and usually people leave it blank. I filled out the entire sheet and asked for another. I was fully out there. I had done radio shows, podcasts. I was free. Also, my condition at that time was very tricky. I would have these unpredictable meltdowns and needed my colleagues to know what to do.

Q. What should journalists and audiences in the Global South be aware of when it comes to mental health reporting?

A. You cannot put a spotlight on colonialism, capitalism and all of the exports thrust on low- and middle-income countries (LMICs) with all their attendant problems without creating a distinct LMIC-centred idiom in your journalism. This means looking for fresh voices, underrepresented sources and data in unfamiliar places, and completely trashing the old paradigm of experts that is bankrolled by the West.

Some of the inherent problems in the way mental health narratives are constructed are so obvious, it’s embarrassing. Most psychology research, for instance, is done on undergraduate students in North America and Europe. We've known about this for decades and yet, psychology textbooks in India and everywhere else continue to be based on this.

There is also a very dangerous and romantic idea that indigenous traditional knowledge from the East and “exotic places” can be pitted against the West’s overly medical paradigm; that the “land of yoga, Buddhism and meditation” is better. I don't believe in pitting one system of knowledge against another. I believe that mental health and generational trauma are so intensely political those of us living in countries with a colonial past are still recovering. How can we begin to answer mental health challenges without squarely foregrounding that past?

Q. Why did you launch Sanity by Tanmoy and what are your plans for it?

A. My first plan is to make enough money to pay my bills. I don't want to be shy about that. The “newsletter boom” is largely restricted to white, Western male writers producing work on business and technology, with some politics. You have some gifted writers with very large followings doing good work on culture, women's issues, gender issues, but that's a very small percentage.

I want to prove that a platform focused on mental health produced in India is valued enough by readers to be sustainable. I currently have 1,200-1,300 subscribers with around 200 paying – I probably only need 1,000. The future [of journalism] is small, intimate and personal. Readers want to be seen and heard and now we are in a position to do that. What I go to sleep with every night is the feeling of making real human connections – this is why I became a journalist.

I’ve started a podcast based on lived experience to complement my written reportage. In time, my grand goal is to build a 360-degree offering centred on mental health, on its politics, economics and culture, focused on LMICs and marginalised communities.

I have just commissioned an article by a therapist here in India and hope to make space for more creators, artists and writers to use this platform. I want it to become a collective for people who don't get space elsewhere. One way to do this is radically cutting down the bureaucracy of the pitching process; just reach out to me and I will use my readers as sounding boards and experts. By the end of 2021, if I'm able to feature three new artists and three new writers, paying them decently, I'd be very, very happy. 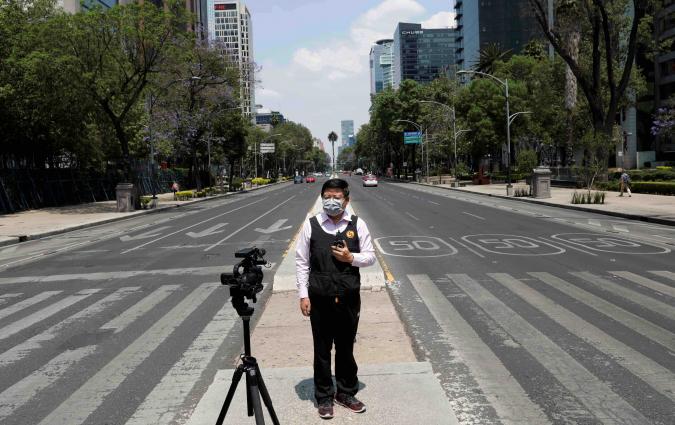 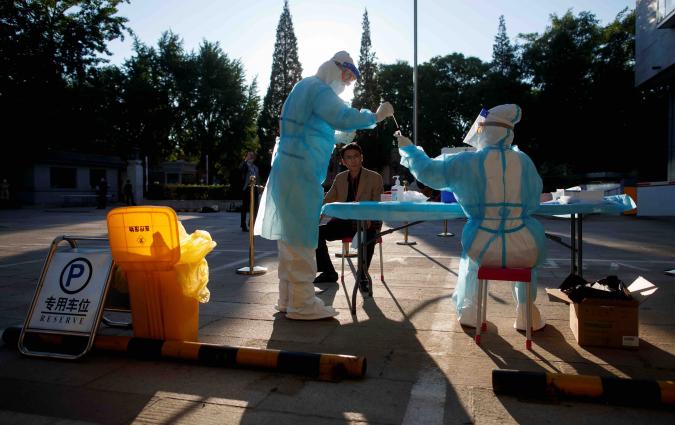 News
It's time for newsrooms to tackle taboos about mental health. Here's how