Newsletters and podcasts: The power of habit 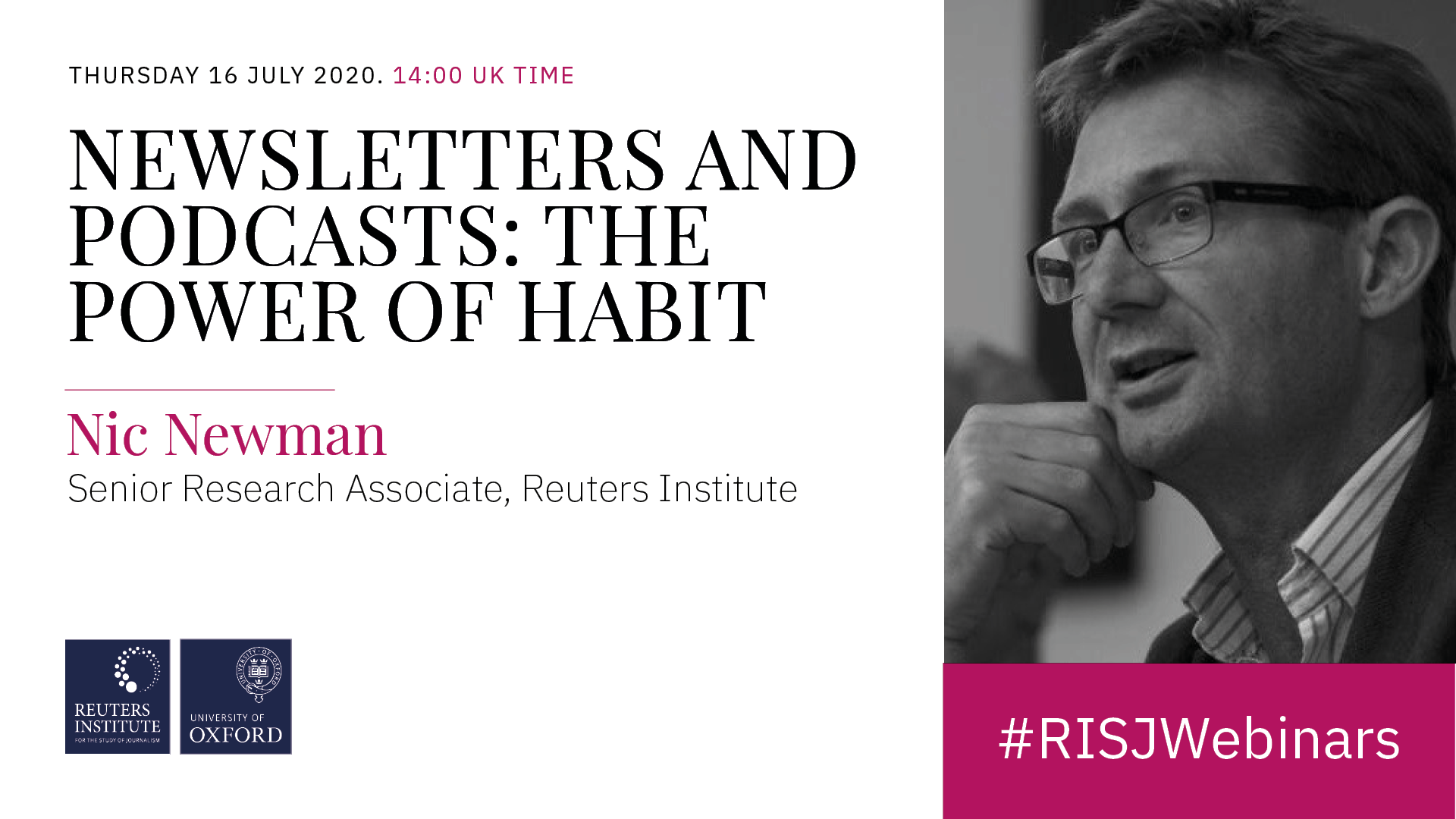 Email newsletters are proving increasingly valuable to publishers looking to build strong direct relationships with audiences as well as habit and loyalty. Similarly, the number of news podcasts globally rose by almost 12,000 between January and October 2019 and research shows that publishers are making significant investments in news podcasting hoping to attract younger audiences, build habit, and bring in additional revenue. Nic Newman explores in detail the effect that both email newsletters and podcasts have on audience habits.

Nic Newman is a journalist and digital strategist who played a key role in shaping the BBC's internet services over more than a decade. He was a founding member of the BBC News Website, leading international coverage as World Editor (1997-2001). As Head of Product Development for BBC News he helped introduce innovations such as blogs, podcasting and on-demand video. Most recently he led digital teams, developing websites, mobile and interactive TV applications for News, Sport, Weather and Local.