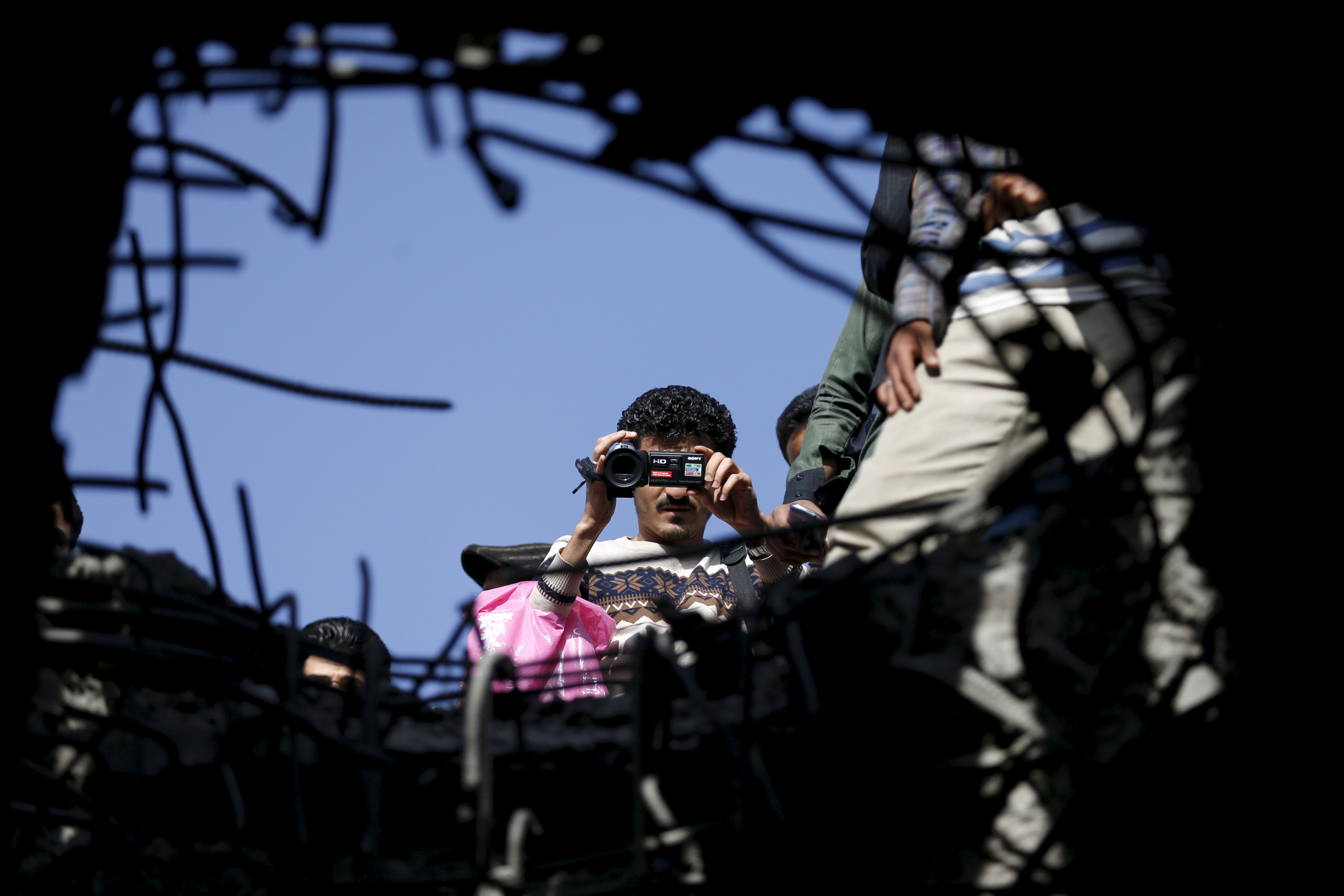 IMPORTANT: This event has been cancelled because of the latest development in the coronavirus crisis.

Despite Yemen being often labelled “the worst humanitarian crisis in the world”, it hasn’t attracted the international media coverage nor the public attention that could pressure stakeholders to end the conflict. Yemen is often described as the “forgotten war” and the scale of the Human Rights abuses and impact of the war are still largely un-or under-reported. This is a result not of a conspiracy but of a combination of factors that have impeded the production and free flow of information. We will explore that lack of skills and resources of local independent media, largely neglected by the international community in favour of a short term humanitarian emergency response, have resulted in “information deserts”. The control and weaponisation of the media by the different controlling authorities have obstructed international reporting.

Sean is VICE News' London Bureau Chief. Over the past fifteen years, he's worked across television, digital, and audio in both newsgathering and output roles. As a field producer, he worked in more than 30 countries across the globe, focusing on conflict and humanitarian crises. His work in Yemen, producing films about the battle for the strategic port city of Hodeidah, and another exposing human rights atrocities in government-run migrant detention camps received two Emmy awards.

Saoussen works for the media development organisation Internews. She is the Country Director in a program supporting freedom of expression in the most challenging contexts of conflict, poverty and repression. She is currently overseeing a wide range of activities with local media and civil society focusing on development, peace building, gender and youth participation. Saoussen has an MA in International Relations and was prior a PhD researcher on State and Conflict in the MENA region in the University of Nice (France).]

Rafat Ali Al-Akhali is a Fellow of Practice – Strategic Projects at the Blavatnik School of Government. From 2017 to 2018, Rafat managed the LSE-Oxford Commission on State Fragility, Growth and Development. From 2018 to 2019, he led the secretariat of Pathways for Prosperity Commission on Technology and Inclusive Development.

Rafat previously served as Minister of Youth and Sports in the Government of Yemen, and prior to that was leading the policy reforms team at the Executive Bureau for Acceleration of Aid Absorption and Support for Policy Reforms. In this position, Rafat led the planning and implementation of key reforms in Yemen including fuel subsidies, power sector, and civil service reforms. He also led business environment reforms and government efforts in private sector development.

Saleh al-Batati is a Yemeni freelance journalist and a 2019 News and Documentary Emmy Award winner. He broke into journalism in 2012 reporting from South Yemen for the first English-language newspaper in Yemen, the Yemen Times. Since 2015, he has been working as a stringer from Yemen for the Wall Street Journal and has contributed to Al Jazeera English. In addition, al-Batati worked a fixer and a local producer for international news organizations including the BBC and VICE News covering the war in Yemen.

His research at the Reuters Institute focuses on how Al-Jazeera Arabic and BBC Arabic reported the civilian casualties of the war in Yemen before and within Saudi-Qatar crisis.