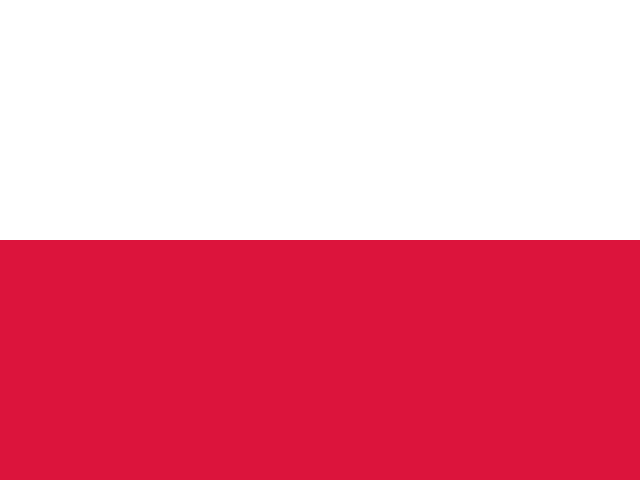 The war in Ukraine and the accompanying refugee crisis has led to a surge in news consumption across TV and digital channels. Before the conflict it was a different story, with declining interest in news and increased government pressure on independent media outlets.

The Ukraine crisis has dominated TV screens ever since Russia’s invasion of Poland’s neighbour. Harrowing images of executed civilians lying on the streets of Bucha with their hands tied caused shock among Poles who took over 3 million refugees into their homes. But the current crisis is unlikely to obscure the deep divisions in Polish society and politicisation of previously independent media. The purchase of Polska Press from its previous German owners, by the state-owned oil company Orlen, means Orlen is the largest publisher of regional dailies in Poland. Alongside a name change to Orlen Press, one of the most dramatic impacts was a management clearout. By May 2021, less than five months after the deal, 15 out of 16 editors had been dismissed, with replacements often recruited from pro-government media outlets, like Gazeta Polska, or the public service broadcaster, TVP. In some cases, the fall in editorial standards was immediately evident. An editorial in the regional newspaper Dziennik Zachodni contained 39 typos, including one in the editor's surname.

The take-over was the first major step in the ‘repolonisation’ of media – promised by the ruling party. It was followed by proposals by some ruling party MPs, designed to bar companies from outside the European Economic Area (EEA) from owning more than a 49% stake in Polish media, in an attempt to oust US-based Discovery Communications from Poland. The target was TVN, the second commercial TV broadcaster which is wholly owned by Discovery. The bill was ultimately vetoed by the Polish president, but had it passed Discovery would have faced the forced sale of 51% of its stake in TVN, valued roughly at $1bn1 or meant that TVN and TVN24 – the most watched news channels and those most critical of the government – would have lost their licences. Since the bill was submitted to the Parliament while TVN24 was awaiting a licence renewal which was delayed by the regulator, the National Broadcasting Council, the owners faced great uncertainty and pressure to sell. They applied for a satellite licence for TVN24 in the Netherlands before their Polish licence was finally renewed.

Dubbed by the Polish media ‘Lex TVN’, the bill sparked street protests. Even after the presidential veto, the regulator repeatedly delayed the licence renewal for another TVN subsidiary, TVN7, with a positive decision just days before its expiry, in February 2022.

There was a similar standoff between the government and a foreign owner with Radio Zet, Poland’s second-largest commercial broadcaster. The antitrust authority barred Agora, which owns the liberal daily Gazeta Wyborcza, from buying the radio network. The regulator objected that the merger would create a duopoly that could limit competition in the radio market. Agora said the decision ‘protects its competitors, not competition’.2 When the deal was first proposed in 2020, the government criticised it as a threat to Polish media pluralism because of George Soros’ indirect ownership of 11.5% of the shares in Agora through his Media Development Investment Fund.

Newspapers suffered as their paid circulation dwindled and the price of paper skyrocketed. That cut margins and drove consolidation. After nearly three decades of operation, Swiss publishing house Edipresse sold their Polish media assets to Burda Media. Legal pressures added to financial ones. According to the NGO the Journalism Society (Towarzystwo Dziennikarskie), 187 lawsuits or SLAPPs (strategic lawsuit against public participation) were filed against independent media and journalists by individuals or entities associated with the state from 2015 to 2021. Additionally, in September 2021, the government limited access to the Belarus border on grounds of a state of national emergency following the migrant crisis. Those who continued reporting from there were arrested and charged with breaching the state of emergency.3

Deepening conflict between the government and media pushed Poland further down in the World Press Freedom Index compiled by Reporters Without Borders (RSF) and fuelled polarisation.

While legacy media were struggling with the pandemic’s economic impact and growing political pressure, their users shifted their attention to digital entertainment. According to ‘Digital Consumer Trends 2021’ by Deloitte, 66% of Polish consumers pay for video content online (compared to 55% in 2020). The percentage will probably increase in 2022 as Amazon Prime and Warner Media have already launched in Poland, and Disney+ is expected to follow soon.

News interest continued to fall at the time of our main survey with declines in all news sources. That partly explains the lower percentage of people paying for online news. The smartphone remains the main device for accessing news.

Only around 20% see media as independent from political or commercial pressures. Brand-level trust has fallen since 2021, though with stark differences between trust in independent media compared to the state-controlled public broadcaster TVP which has twice as many people distrusting (49%) than trusting it (24%). Pro-government Gazeta Polska and tabloids (Fakt and Super Express) are also near the bottom.