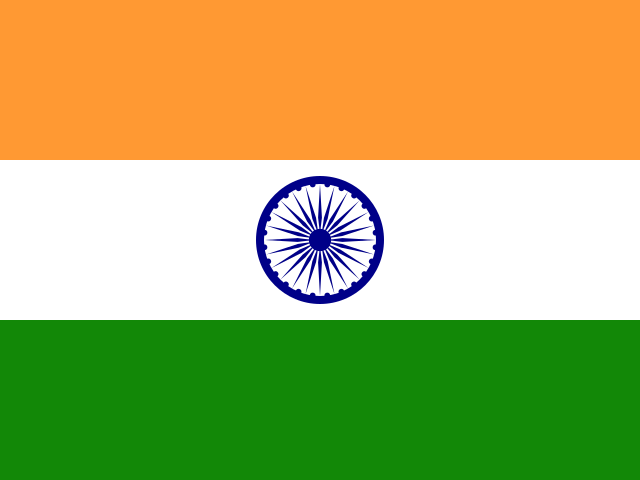 Indian media are diverse, with numerous outlets operating in English and multiple regional languages. The sector has been hard hit by the pandemic, with falling advertising revenues and widespread journalistic layoffs. Despite a devastating second COVID wave, which also claimed the lives of several journalists, the sector is showing signs of recovery.

Television brands NDTV 24x7, India Today TV, and BBC News are the most popular offline brands with our mostly English-language internet-using survey respondents, along with national newspapers such as the Times of India, Hindustan Times, and The Hindu. Print and broadcast television channels are self-regulated in India, with several television channels infamous for sensationalising news and conducting polarised debates. Print media recovered from the pandemic slump with an overall reported revenue growth of 20% in 2021,1 including a strong bump from advertisements.

But legacy media platforms are facing stiff competition online from vibrant, digital-born brands that pursue independent journalism. Many rely on non-profit revenue models, such as grants and reader donations to supplement advertisements. Other digital-born brands such as Newslaundry are entirely driven by subscriptions and donations. The Wire takes strong editorial positions that are anti-establishment and investigative in nature, while Newslaundry eschews editorial positions altogether and believes in portraying diverse viewpoints from the ground. The News Minute caters specifically to news from South India while The Quint aims to build community partnerships through its citizen journalism initiatives and fact-checking services, in addition to regular news. The digital market saw an overall growth of 29% in 2021, with advertising and subscription revenues growing at 29% each.2

India is a strongly mobile-focused market, with 72% accessing news through smartphones and just 35% via computers. News aggregator platforms and apps such as Google News (53%), Daily Hunt (25%), InShorts (19%), and NewsPoint (17%) have become an important way to access news and are valued for convenience.

Social media are popular in India, with a significant number in our surveyed audience using YouTube (53%) and WhatsApp (51%) for accessing news. Short-form video app TikTok was banned in 2020 for security reasons, along with several other Chinese apps, but is being replaced by home-grown apps like Moj, Roposo, and Josh – along with platform-based features like Instagram Reels.

The popularity of social media is a concern for policy-makers as these platforms are also rife with misinformation, as well as incessant trolling and abuse. In April this year, the government banned several YouTube news channels for spreading misinformation that harmed the ‘national security’ and ‘foreign relations’ of the country.3 The ban was carried out under the recent IT rules framed in February 2021 that have been challenged by social media platforms and news publishers alike. In a further development, Facebook came under intense scrutiny after media investigations revealed the platform had pushed polarising content and misinformation in the form of advertisements, favouring the ruling party BJP, during the election seasons in 2019 and 2020.4

Meanwhile, the Competition Commission of India (CCI), has launched an investigation into complaints that Google has allegedly abused its dominant position in the online news market. As in other countries, publishers claim they are not being compensated fairly for the content accessed via third-party digital platforms.5

India is ranked 150th in the World Press Freedom Index 2022, dropping eight places from the previous year, indicating challenging times for press freedom in the country. The independent Kashmir Press Club (KPC) was forcibly taken over in January by members allegedly close to the local administration in the presence of armed police – a move the Editors Guild of India described as part of ‘the continuing trend to smother press freedom’.6 Meanwhile new accreditation rules have been introduced for journalists by the Ministry of Information and Broadcasting which state, among other conditions, that accreditation could be suspended if work is deemed to harm the larger interests and sovereignty of the nation.7 In a move to address concerns of the right to privacy and freedom of expression of its citizens, the Supreme Court of India set up a committee to probe allegations of the use of Pegasus spyware on journalists, activists, students, and civil society members in the country.8

Editor's note: The original version of this country profile had a link and a reference to a piece from The Wire that was retracted in October 2022. Once the piece was retracted, both the link and the reference have been removed.

These data are based on a survey of mainly English-speaking, online news users in India – a small subset of a larger, more diverse, media market. Respondents are generally more affluent, younger, have higher levels of formal education, and are more likely to live in cities than the wider Indian population. Findings should not be taken to be nationally representative.

India registered a small increase in news trust, improving its overall position among the 46 markets. Legacy print brands and public broadcasters, such as DD News and All India Radio, continue to enjoy high trust among the survey respondents, while 24-hour television news channels are less well trusted – along with newer digital-born brands like The Print and The Wire.